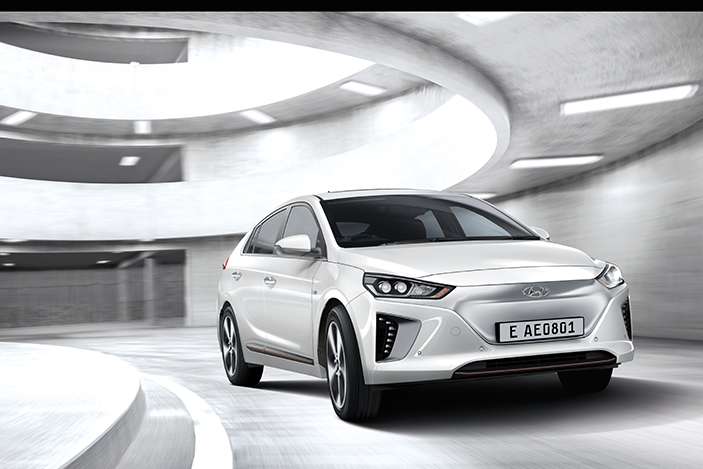 IF THE IONIQ is representative of the future of mobility, you might prefer to be driven than to drive.

Hyundai will likely be quite successful with its IONIQ electric model, which ticks off the right boxes as it rolls purposefully into the sharing economy. 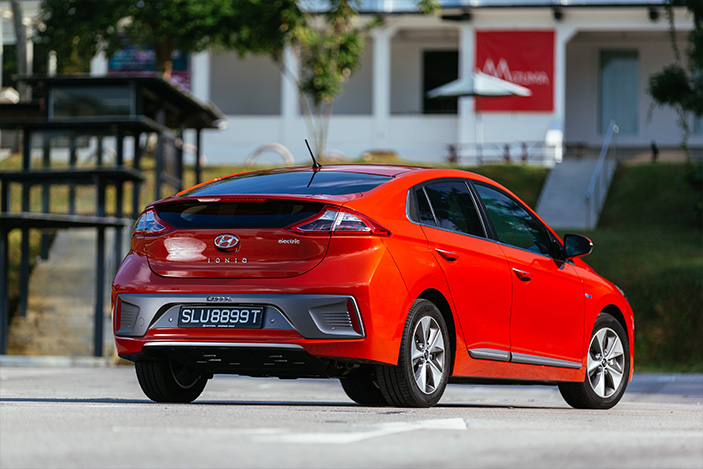 The zero-emissions, all-electric IONIQ is powered by a 28 kWh lithium-ion polymer battery placed beneath the rear seats.

A single charge is supposed to take you on a journey of 280km, which is reasonable for those using it for general city running around. When energy levels start to flag, a rapid charger will juice it up in around 30 minutes. 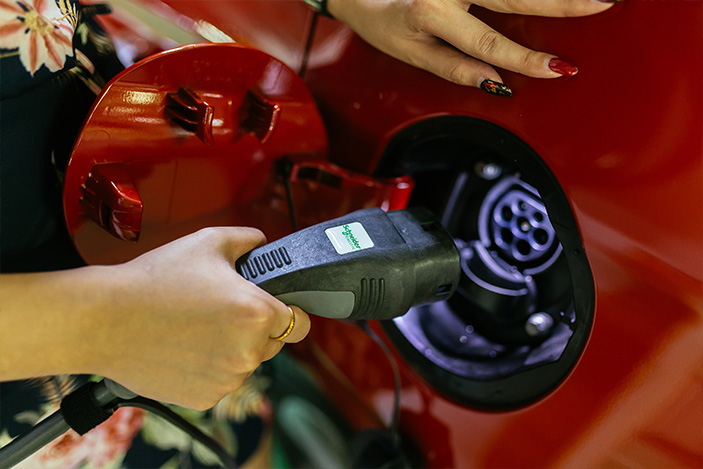 Komoco Motors, which distributes Hyundai, has assessed the unique situation in Singapore where the majority of the population lives in public housing with little to no access to convenient charging facilities. The company has made available five lots for complimentary charging for the first year.

Komoco has also worked in free servicing for the life of the car, or up to 200,000km, based on the average milage chalked up by motorists here. And there’s one-for-one battery replacement for 10 years. 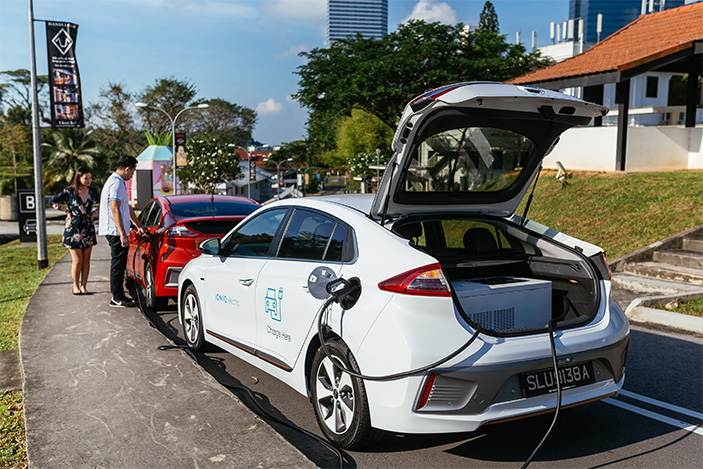 If you run out of juice, Komoco has also organised vehicle-to-vehicle (V2V) charging. This is available free up to 10 times. And if you need it more than that you should try and boost your sense of awareness. 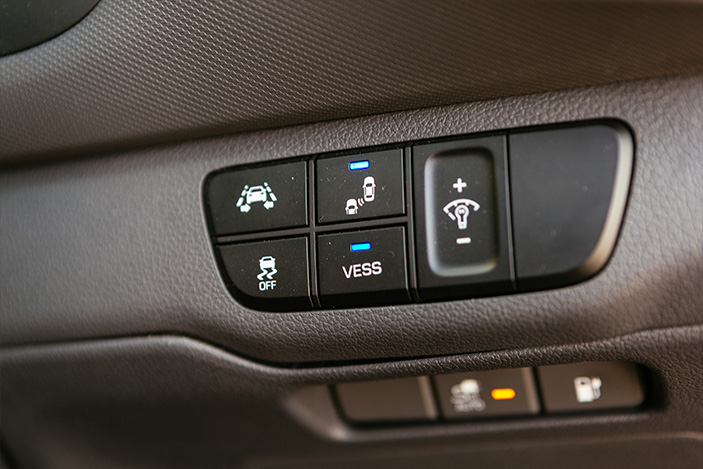 The IONIQ electric is a well-equipped car for the occupants. The front seats can be cooled or heated and current connectivity with mobile devices is on offer, albeit a bit dodgy with some devices. 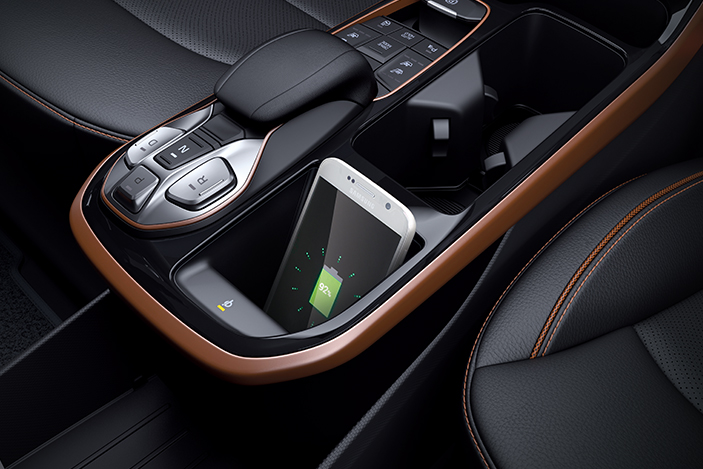 There is wireless charging and a slew of driver aids including blind spot detection, lane monitoring, and Virtual Engine Sound System (VESS) that generates relevant sounds to alert pedestrians when the electric vehicle is moving slowly. The VESS is compulsory in the US, and this button will probably be removed once more electric vehicles are on the road. 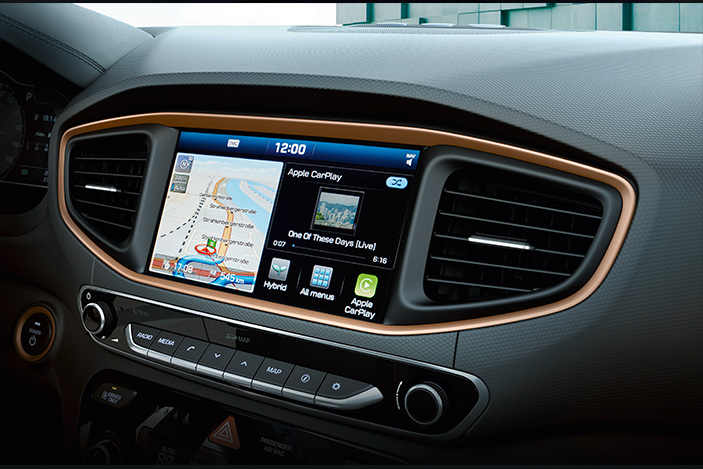 As it is, when you start up there is a melody that plays so you know you’re ready to move.

A copper trim is meant to create a sense of the electric mood and also offers an earthy connection for the car.

The IONIQ electric has push buttons instead of a shifter, which frees up space in the centre armrest. There are three driving modes available.

In Eco, everything is sluggish and it’s like watching a plant grow. In Normal driving mode, the instant torque is apparent and the car delivers a smooth run. In Sport mode, it’s edgier and coupled with the decelerating effect when you take your foot off the accelerator, it tends to be a little jerkier. 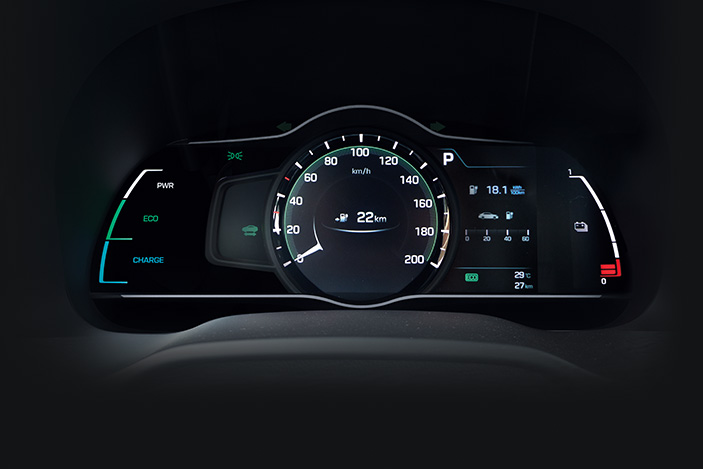 While it picks up speed slowly, once it builds momentum, the IONIQ electric becomes a more enjoyable drive. But you’ll have to be mindful of the slower braking, as it balances between immediate deceleration and harsh braking. 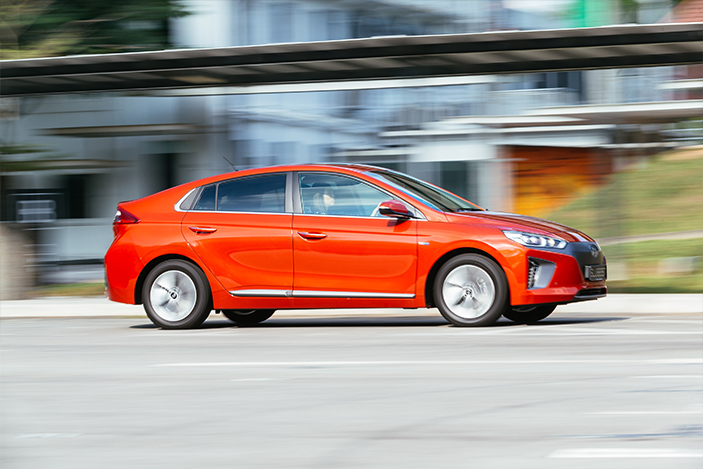 On the move, the IONIQ is a quiet performer, aided in large part by damping of the floor panels and the pillars. Thicker window glass and noise cancelling film on the windshield add to the quieter environment.

The sustainable aspects of the IONIQ electric include headliners and carpets made from sugar cane, and paint made from soybean oil. That would appeal to the sharing generation who wouldn’t care too much about the wheels they are in as long as they are not polluting the environment and don’t have to lift their head from their devices.

The Art Of Going Solo