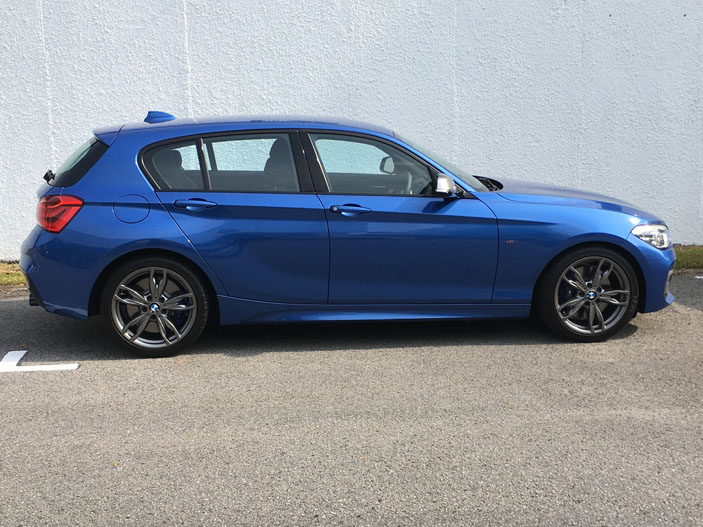 ANYONE who has kept the BMW M-badged series at bay, concerned that there’s too much power to handle, should view the M140i with some degree of caution. While not an M in the original motor sport sense of the word, this is still quite a powerful set of wheels.

Here stands a seemingly friendly little hatch, in hot blue in this instance, that beckons you with charm and cuteness. The baby of the M range may be diminutive, but beneath its hood lies a pumped up three-litre turbocharged power plant that raises the bar over its predecessor, the M135i.

These smaller engines are now built to deliver more and be cleaner, so imagine what a relatively large modern engine in a small car can do…. It’s quite exhilarating having the M140i pocket rocket fly from standstill to 100kmh in under 4.5 seconds.

This is the award-winning B58 engine that is smooth, efficient, powerful and will continue to win rave reviews for some time to come.

The powerful engine aside, the M140i is a superb car for those dipping their toes into the pool of more energetic BMW cars, or if indulgent parents want to get their kids a nice set of wheels. BMW has engineered it such that the eight-speeder moves ever so smoothly and is oh so compliant in city traffic. So much so, you can be caught off guard when its alter ego fires up with rage.

The drive options make a world of difference in the M140i. In normal driving, it can be docile. Push the button to Sport and you can feel it stiffening its resolve as the engine asserts itself and eagerly strains at the leash.

While it’s too light in normal driving, it’s all grip and grit in sport mode as the onboard help goes into overdrive to balance safety and performance admirably. It’s certainly all fun and games behind the wheel. 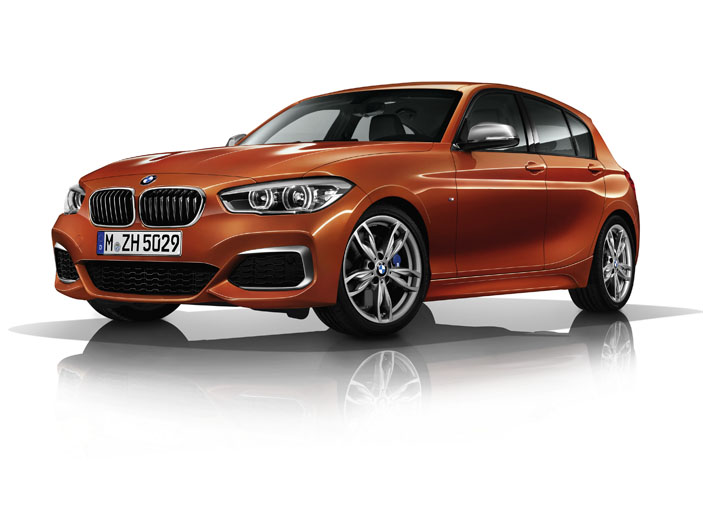 The four-door M140i is small to the point of being cramped. It does take some torso twisting to get in as you align yourself between A and B pillars and duck to miss the door frame. Once you’ve mastered that move, you’re hugged into position on the Alcantara seats. In front of you is a bright display with the model number and a host of other information on show; near at hand is the i-Drive and the connections that will let you navigate or play your music; and be almost shoulder-to-shoulder with your front passenger. Not a car for those who don’t at least like each other.

And certainly not a car for backseat passengers. It may have the doors at the back, but really, it seems almost like punishment to find yourself in there, knees, up to your nose and eyes wildly trying to figure out how you’re going to exit without doing some serious damage to your anatomy.

It has to be said that despite its diminutive size, it does have a decent boot. But, frankly, who cares, when it’s such a performer.

See also  A Rocker And His Rollers