HERE’S Porsche’s master class on how to find every conceivable way to crank what you can out of a model.

Porsche digs into its archives to find the touring version of the 911 from 1968. Back then the 911 T was meant to be a cheaper variant of the model, stripped down to reach a wider audience. The “T” stands for “touring”, which was something folks did more regularly back in the day.

But it was still always about the driving pleasure. The “less is more” philosophy is still intact in the latest iteration of the T, only it plays out differently.

When viewed together, you can’t help but lean towards the older form for that added dose of style and definition. Although the new 911 Carrera T is powerful in its own right, it’s part of a larger stable of 911 variants, which now numbers 24 distinct models. 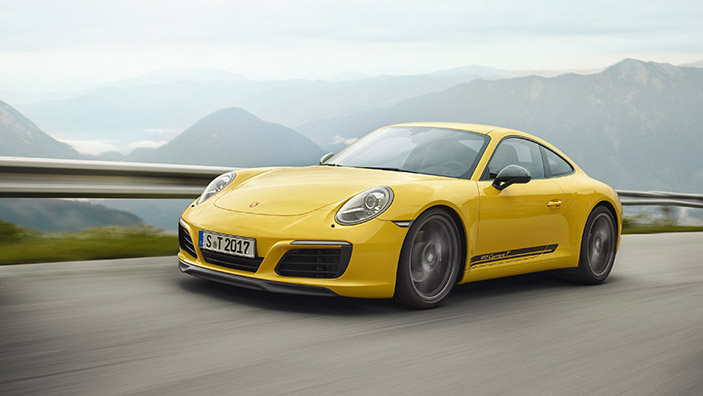 These days, the Porsche brand value has evolved to a level of sophistication that repeating what they did to the original 911 T would be meaningless, and may even hurt more than help.

So, while still being nostalgic, Porsche stripped down the weight — always a good thing — but added elements to the 911 Carrera model to make the new 911 Carrera T more of a novel number and worthy of the half-a-million-dollar price tag. 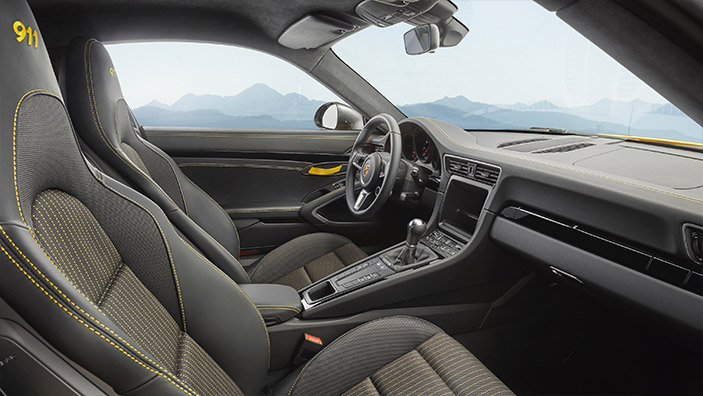 The 911 Carrera T has a Porsche Active Suspension Management (PASM) sports chassis as standard, thus it sits 20mm lower and benefits from the continuous adjustment of the damping force on each wheel based on current road conditions. With rear-axle steering, the benefits in city and sporty driving modes become more evident.

Lightweight glass envelopes you, and even the sound absorption has been dialled down, which is nice if you like the roar of the engine to keep you company, without overwhelming you or the Bose sound system.

While outwardly it looks the part, it’s inside that you get some mixed feelings about the 911 Carrera T.

The seats with the yellow stitching lend a racy touch, with the 911 numbering stitched into the headrest. Like so many orderly ants marching along. Get in and pull the matching yellow door strap to shut the door. The first time you’ll likely misfire as you aren’t sure how much tugging it can take. The strap also serves to open the door, which also requires a second tug. All in the name of saving weight. Then you pull the seat belt — also a bright yellow — and you feel like a bumblebee that’s been gifted with some speed.

And that, the 911 Carrera T has in abundance.

An Original MINI ONE For The Road 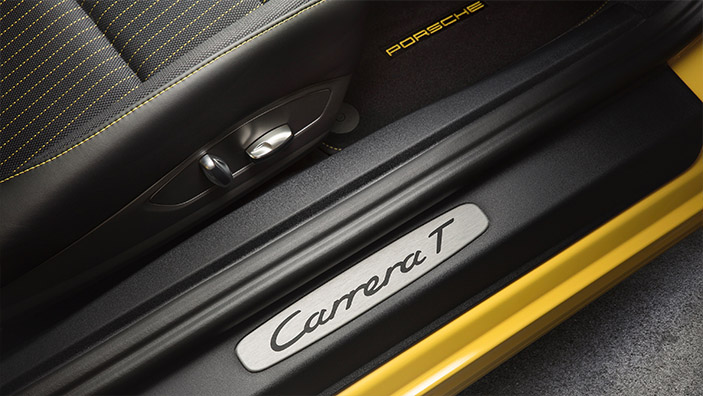 As the engine barks, then roars, before settling into a steady growl, the anticipation becomes palpable in the cossetting seat. There’s not a millimetre of space available as the centre console and dashboard are packed with switches and features.

Where do you put your mobile phone? Connect it, in the glove compartment and let the system feed you with information. From satellite navigation to music, the three-spoke steering ensures your fingertips can do all the communicating. The instrument cluster does a good job of feeding you adequate information as you hit the road. 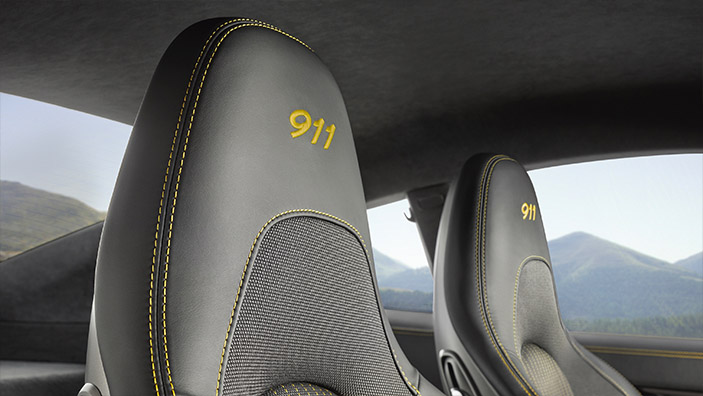 Surprisingly comfortable in city traffic, the 911 Carrera T is still firm as it prowls on 20″ Carrera S titanium grey wheels. Switch driving modes and step on it and it yelps and leaps into action, leaving anything behind. 0-100kmh in 4.5 seconds is pretty good, leaving you with lots of time to react to the onrushing road. 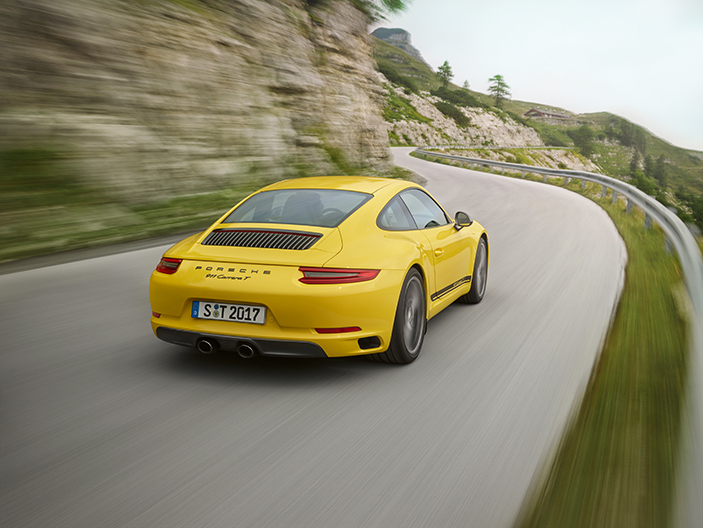 Planted low in your bucket seats, that sense of unshakable stability is comforting, as the 911 Carrera T sprints along the straight, or sinks down around the bend while keeping the car level. The old feel of the wiggling back is much more difficult to emulate here.

For those who do want to keep to the pure elements of the original 911 T, maybe they should put their money down for a manual box in their 911 Carrera T. The seven-shifter should deliver a sharp and engaging drive, and get you more involved in the action.

What Is A Minister’s Worth To You?

Where Is The Anger And Creativity For The Future? 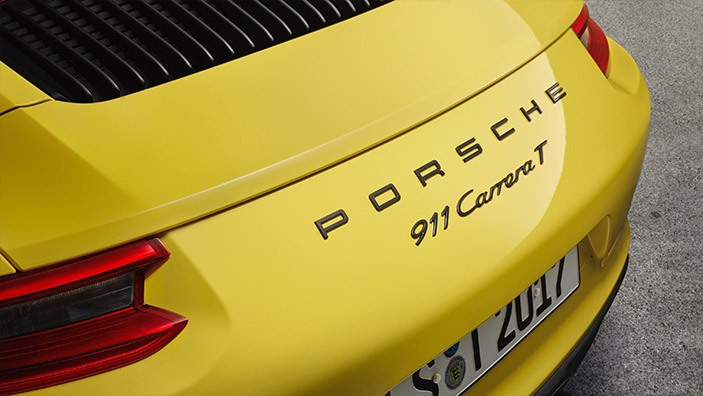