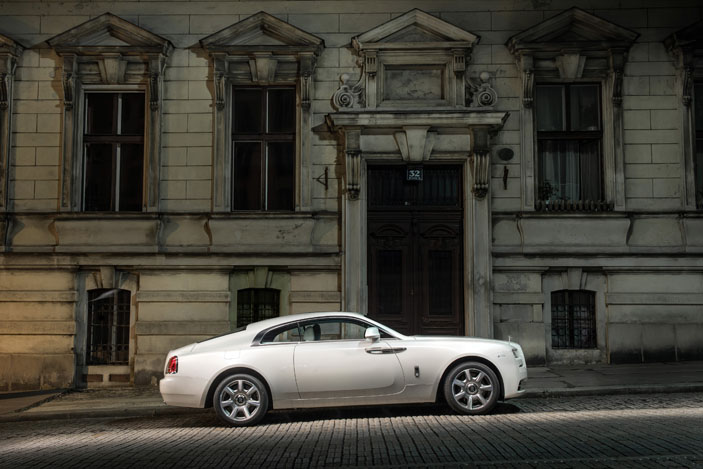 THE ROLLS-ROYCE Wraith doesn’t quite reflect its model name, which speaks of wispiness, other worldliness, and an ethereal quality. Instead, it’s almost everything at the other end of that definition.

It’s an imposing car with presence, a sense of brutish elegance about it, given its forceful mien with those mean, tiny headlights and that angled silhouette tapering towards a gentler rump.

In keeping with the family of spirits, the Wraith joins the Ghost and the Phantom in a stable that bears obvious family traits, from looks to luxury and legacy.

The Wraith exists only because Rolls-Royce felt it needed to fulfil a gap in the needs of its customer profile. The aim was to reach out to owner/drivers of other supercars who have kept the German-owned English brand at arms length since it was better to be in the backseat than in the driver’s seat. 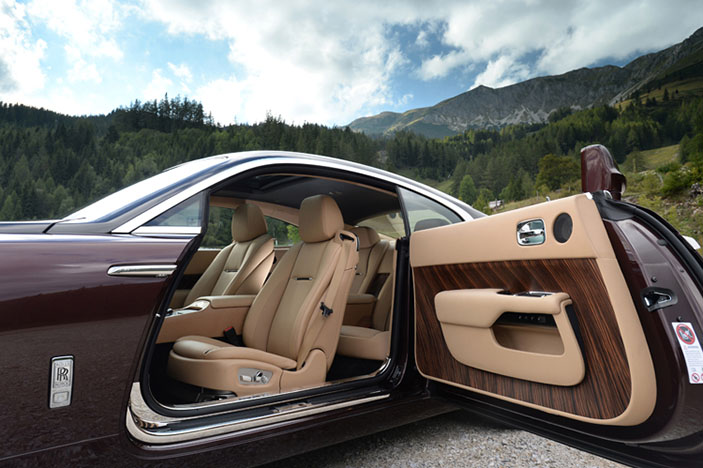 Each Rolls-Royce is customised to the needs of the owner, and no two will be quite the same, except for the fact that everything looks, smells and feels plush.

While there’s keyless starting, surprisingly you can’t open the door without unlocking it on the fob. Perhaps it’s to ensure you grab the stainless steel door handles to start the tactile experience and get a feel of what to expect once you’re within.

The four-seater is comfortable enough to live in, in the rear, but once you’ve clambered in as gracefully as you can given it’s a coupe and the doors open unconventionally from the region of the non-existent b-pillars, you’re snug and settled with not much to do except fiddle with some controls.

The driver’s seat is now a more appealing option, and that was clearly the intention for creating this model.

You hit the door-closing button rather than pull it in, and it gently shuts, instantly creating that Rolls-Royce cocoon. With the real world shut out it’s now about shiny organ stopper knobs, clear displays that hark to the past and reflect the present, and sumptuous leather and flawless wood finishes.

You power the engine, which smoothly fires up, a muffled noise in the background. Bring the gear stalk to drive, gently tap on the accelerator and the 2.4 ton machine gets underway. There’s really not much else to do other than point the Spirit of Ecstasy hood ornament in the direction you wish it to wing towards.

That hallmark “waftability” that Rolls-Royce boasts is still evident; the electronically controlled air suspension delivers a gentle ride that makes laughable light work of speed strips and road humps. Unlike the other Rollers, the Wraith has a bit more feedback for the driver’s benefit, though there’s no reason to clench the beefed up steering wheel. You do hear the engine growl and feel there is road beneath the tyres. 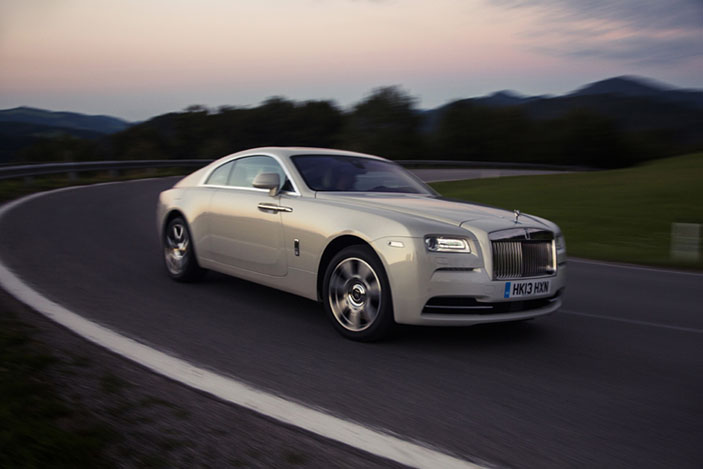 Put your foot down and the Wraith whips from 0–100kmh in just 4.6 seconds with slight sibilance intruding on the cabin quiet. It doesn’t feel fast, though the blood-orange-tipped needle just moves gently along. Keep going and the response is there, and well there should be with the V12 offering copious torque — 800Nm — from 1,500rpm. The eight-speed ZF transmission is seamless as it shifts through the gears, even shifting down multiple gears to give you that extra boost. All this achieved with little fuss and some degree of engagement.

A feature that has not been incorporated into the cars here is Satellite Aided Transmission (SAT), which uses GPS data to anticipate the road ahead and ensure the driver doesn’t make gear changes that could prove detrimental to the welfare of the $1.3 million machine and its occupants.

Although it’s shorter than the Ghost you still have to bear in mind it is a sizeable car, and requires some good judgement to negotiate tight spaces. Seated high on your leather armchair, you do get a good view of the bonnet, though not where it ends. And the rear is way back there in the rearview mirror.

With the doors open, the stars come out — a rarity in the urban landscape. The Starlight Headliner has 1,340 fibre optic lights hand woven into the leather roof-lining. Another good reason to stay indoors, put the seat flat, dial in the 18-channel, 18-speaker sound system with its 20.5GB of storage via the Spirit of Ecstasy rotary controller and be a stargazer.

It’s already evident that there’s more than a passing interest in the Wraith from the well-heeled who enjoy their chariots, especially since it bears the double Rs. But there doesn’t seem to be a compelling enough reason for the avid supercar enthusiast to make the switch.

This article was first published in STORM in 2014.