THIS YEAR is a critical year for those plugging into the eMobility business, reckons Tommi Saarela, CEO of  PlugIt!.

The Finnish company, which offers charging solutions, signed an MOU with Red Dot Power in Singapore, to deploy 50 fast and slow electric vehicle (EV) charging stations by the end of 2019.

When it comes to electromobility (eMobility), the growth potential in Singapore is dependent on how quickly the market liberalises, notes Saarela.

PlugIt! instals charging stations and also offers back-end capability to allow the the user access to the smart charger. Via a cloud-based system, it lets customers receive summary reports or specific information about charging events. 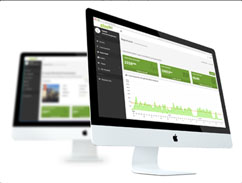 Saarela says that people want to move smarter and they want to save the world. It’s often a situation that is forced by the government.

“In Finland, the authorities go by the numbers, saying how many electric vehicles there should be and forcing the issue.

“In China, 10% of cars will be electric by 2019, rising to 12% by 2020.” This rule applies to car makers that annually manufacture or import more than 30,000 traditional vehicles, according to the statement on the website of China’s Ministry of Industry and Information Technology.

Forcing A Clean Up

With the European Commission setting mandatory emission reduction targets of 95 grams of CO2/km by 2021, cars will be required to have a fuel consumption figure of around 4.1 litres/100km of petrol. In 2007, the fleet average was 158.7 g/km.

The rise of autonomous driving and the sharing culture has also placed less emphasis on performance of vehicles and more the greater accessibility and convenience of use.

In order for the system to work, however, there has to be enough charging stations to allow for an easy transition from petrol to electricity.

“2018 will be a critical year in investing in capabilities,” reckons Saarela. “That’s why the German car industry has been changing their cars. The sales starts in 2019 and then there’s a push. If you want to be in a good position by 2021, you need to start now.

“New buildings need enough parking spaces and charging stations to cope. People don’t want to spend 30 minutes at filling stations. People are lazy. They may play with it for a while, but then they will want to better manage their time,” he adds.

Charging The Electric Wheels Of Change

In highrise Singapore, the challenge is making the service easily available. “For private properties, it means approaching the condo management individually.

“There’s talk of a mobile wireless charger, but cars are not ready for this. Perhaps in a couple of years, this might happen,” Saarela says.

While petrol stations have to comply with many regulations regarding flammable substances, electricity stations would be easier to set up.

“Electricity is everywhere, so we need to democratise the charging. Gasoline stations need a pump, and that’s quite expensive. With electricity, you need a good location and 25 amps,” Saarela points out.

The unsettling nature of this shift away from fossil fuels and the huge global industry built around it is something countries have to get used to. Singapore’s role as a major refining centre is putting the Republic in an uncomfortable spot.

Perhaps, Norway is an example to look towards, says Saarela.

“Norway is an oil rich country, but it has the highest density of electric vehicles in the world. Energy companies there are already investing in charging stations. It also has a lot of renewable energy — water, geo-thermal, wind, solar.

“Norwegian sovereign fund is contemplating dropping oil and gas companies to reduce vulnerability in the event there’s a permanent drop in oil prices.”

The fund was built on Norway’s hydrocarbon wealth, and oil and gas stocks represent 6% of its US$1 trillion fund.

Singapore is well known for squeezing every conceivable tax dollar out of the motor trade, so the changes on the horizon may be viewed with some trepidation. But given the country’s desire to be a global citizen, it will figure out how the surge in EVs will change the industry and it will plug into new areas of opportunity.