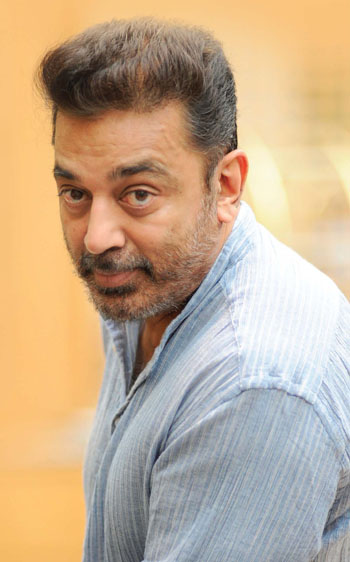 The Tamil film industry maverick has had a long career of heroic roles that has tried to keep pace with the changing trends.

Not everyone is in favour of Hasaan’s entry into politics. Probably viewing him as a threat, some have called him a “paper flower” saying “it will not bloom, nor give fragrance”.

In an interview with STORM.SG, Hasaan talked about his career and life. We present extracts to better understand the man.

Having been thrust into the limelight at the age of four, Haasan made the most of his situation and opportunities, and built for himself a reputation in the South Indian film industry as a talented actor, director and screenwriter.

In a career spanning more than five decades, Hasaan has been celebrated in areas where the South Indian diaspora settled in communities. Beyond that his fame has been overshadowed by Bollywood’s singing and dancing set who have made their way onto the international stage.

Although Haasan has ventured into Bollywood, it’s still Kollywood that hails their hero of more than 200 films.

The versatile actor has embarked on many roles that tap into his various talents, from playing a dwarf to a mentally challenged and physically handicapped person, women, and even taking on a record 10 roles (including George W Bush) in the K.S. Ravikumar film, Dasavatharam.

Applying his classically trained talent to good effect, he can dance bharata natyam and kuchipudi and has choreographed about 100 songs. He is a songwriter, and has sung close to 70 songs in five languages.

He likes the physicality of his craft, be it skidding on a motorbike, or chasing people or animals, and which probably explains 32 broken bones that he knows of.

Haasan has won three National Film Awards for an actor and a record 19 Filmfare Awards across five languages.

For all his glory, he is probably revered for his ability to remain rooted and his readiness to connect with his audience. Switching effortlessly between English and the several Indian languages he has acted in, his rich, melodic voice often delivers sprawling viewpoints that are well thought out, anecdotal and often edgy.

Time To Budget For An End To Debt Slavery

STORM: What in life continues to mould your thinking?

HAASAN: Trying to keep that equipoise. That balance. Mr Nehru constantly used the term ‘nevertheless’. It made him quite a boring rabble-rouser. In political rabble-rousing you must have very firm ideas and singular zeal and never look at the other point of view. The moment you say ‘nevertheless’ you are also looking at the other person’s point. That’s not great entertainment for the masses.

Unfortunately, the masses think of politics as personal entertainment. That’s why there are more clowns in the business. They seem to enjoy the fun and games and frolic.

I am in politics, but it doesn’t mean I go there take a kickback and serve the people. I take no money, spend my money and I’ll still be in politics. It’s not about having abusive debates. It’s about putting my ideas into the psyche of the audience.

My body of work tells them that I’m constantly saying something that’s detrimental to the politicians’ wellbeing. I can’t possibly sensibly belong to any social political party as it exists now. It doesn’t appeal or appease my need for social reform. It’s just a business. And I know my business of cinema well and I can do politics through it.

It’s a good medium to talk to the people.

STORM: What is your cause? Is it personal?

HAASAN: It’s very personal. I understand the world through Me. The central, focal point is Me. I seem to articulate it better when it is about Me. My thirst found the pond. My need found a friend. Vice versa, but it’s a point of view.

When you’re talking about social reform you can’t expect Mr Gandhi to come to your help. It’s in an individual’s decision. It has to be from every individual. This cohesive effort is what makes a whole society. I’m very sure I’m not alone in my perception of the world. That’s how I made my friends. I’m very sure among the reason for my successes, there are people in the audience who think like that. They are my sponsors and mentors in a way. Formless, faceless, I don’t even know them, but we seem to be communicating quite well.

STORM: Is there an expectation of you, being a public personality, that you will always do the right thing next?

HAASAN: That’s bound to happen. Art is what makes the business run. If you only drive it through business, it’s bound to fail. Continuous driving just by art alone can become boring for the common man because the artist keeps on breaking frontiers. He’s alone. He’s a climber and that’s not an easy path for the general public to take. The mountaineer does it over and over. He’s alone, trying to find the route to the summit. There will be horizon makers who will be rishis. They will be in the forests. Their discoveries will be useful for society.

The thing is you keep in touch with the forest and the city. That’s the best place to be. I’m aspiring to be that. But it’s very difficult. The moment you go to the forest they term you a jungle man. When you go into the city, path breakers don’t think much about you because you are not sacrificing enough. You are deemed not to have valour.

The better part of valour is to live another day. Nothing wrong with dying, but one shouldn’t jump the gun and die first.

STORM: Do you seek new pathways or find a route that will lead you to the top?

HAASAN: When I climb I want to go there for a view. If I can’t get that clearer view, I’ll find it elsewhere. I only hope that some of my films will become everybody’s. Not just mine. That’s truly up to the people. To get into the psyche of a generation — that’s what I’m aspiring to do.

STORM: How has the new media helped in that regard?

HAASAN: Communication has been critical. Ambiguity about whatever we say can be quickly countered. The newspaper has slowed down in reportage. The news reporter in a digital format is able to reach people within an hour and bond with the myriad platforms. Every man is empowered with the tools to communicate — his politics, his art, whims, fancies. Knowledge can be as easily spread as a disease.

STORM: You’ve been in the game for more than five decades and done several different things. What lies ahead for your industry?

HAASAN: The business runs the art. In a way the mercantile organisations do not have the autonomy of a king or individual, where a single man made the decisions. Right or wrong the directions were linear. Because of all the democracy in business, any attempts to deviate will be met with resistance.

We are always 10 years behind Hollywood because we wait for them to do the valorous things, and you walk behind.

There haven’t been many path breakers from India. So, what should have happened 20 years ago, happens 20 years later. So it’s a sort of delay of progression. It’s a factor of safety. Stay in this cave, hunt mammoths and everything would be fine.

STORM: What is the challenge in getting your body of work recognised by a larger audience?

HAASAN: It’s very difficult. The director K Balachander (who gave Haasan his early break) would have recognised his worth 10 times more if he had been born in the ’50s, instead of the ’30s. His body of work was not assisted by the general public or the media. There was so much unnecessary regression created by politics intervening into art, which is dangerous. I know the churches and temples of India would claim they are the major sponsors of art, but they’ve also made it very biased. As and when man discovered rational ideas, the temples, the churches have all reformed themselves to match the flow of society. Which means there is no single book that could drive us. That’s what I truly believe.

When they ask me if I’m a non-believer, I say no, I am a believer, but not in what you believe.

STORM: How do you see your industry evolving?

HAASAN: My industry is a minuscule industry. It has not even realised its own strength. There’s a joke about a bucket of crabs. You can identify a Tamilian crab because it’s pulling the others down and preventing them from getting out. That’s the problem within the industry. It’s avarice for the day without any inhibition.

The means to it is very mean indeed. They don’t care. It’s a unicameral vision. It’s like a dog feeding; the focus is all on the food.

The world is never short of visionaries, but they are often overshadowed by people with avarice.

The coming of corporates will bring about order in business. The corporate types will have to learn in the next few years. That’s all the time they have left as Indian corporates. The other countries will not let go of this potential market. If these guys don’t wake up they will be working for Western bosses. If you can’t get your house in order, someone will come in and teach you. Hollywood is trying to reach out. They’ve got their house in order.

STORM: When it comes to criticism, do you seek out the views of certain people?

HAASAN: Criticism has to be constructive otherwise it’s rancour, which is not good for the creator.

The good critic is respected by the artist, and becomes a co-architect of the work. Invariably a good critic becomes a good friend, wife or life partner. Even great artists like Picasso had a group of people who were invigorating to be around with. Then everything falls into place.

I’ve been quite fortunate that way. Some of them have died, but their company was very useful, and they’ve been constructing architects in my career.

Parts of this article have previously been published in STORM.