Can the blind appreciate art? Where does art belong? And why are there five angry Indians? There’s activity churning as the Causeway sets creativity alight.

What would life be like in the darkness? How do you experience the world robbed of your sense of sight?

You can catch a “glimpse” through Arts Beyond Sight, an experiential art exhibition held in complete darkness — to bring to light the plight of the blind. Guided by visually impaired facilitators, you will experience art without using your sight by donning goggles that simulate different types of visual impairment. This and many other events will be part of Causeway Exchange 2016 (CEX )

CEX has been running since 2010, to showcase artists from both sides of the Causeway. This year’s iteration will have an added element — Arts & Healing — which aims to reach out to those with physical impairments and explore the role of art in therapy and healing.

It will also give others a chance to experience, in at least a small way, how those with physical impairments live.

Founder/Festival Director Shawn Lourdusamy says that this will make the event more meaningful and he hopes this will give his festival a greater role in community.

Lourdusamy says that he wants to keep the festival relevant and use it to reach out to different audiences. “We want to get artists out of the conventional theatre settings and into places they may not have gone before, that way we can bring the show to more varied audiences.” 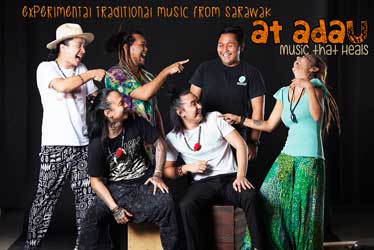 CEX 2016 will hold events at Alexandra Hospital, involving artists, doctors, and patients. The programme will feature performances and dialogue sessions to promote discussion on the role of arts in therapy.

Lourdusamy insists that CEX has not forgotten its roots and will strive to allow Malaysians and Singaporeans to experience the arts and foster greater understanding of each other through it. “Through art, we can slowly strip away the preconceived notions and change the mindsets of people and make them realise we are more alike than different.”

There are also more mainstream shows on offer, like theatre, music, and comedy. Look out for experimental Sarawakian music from At Adau, Zulaikha, a Malaysian adaptation of the Arthur Miller classic The Crucible set in a Malayan village. Or if you prefer something a little light hearted, Angry Indians features five Indian comics ranting and raving about all the things that irk them, and there will also be a high-energy, and highly competitive, Singapore versus Malaysia poetry slam.