GLOBAL warming and rising temperatures offer arguments for and against convertibles.

One school of thought is the amount of sunshine makes for a pleasant ride. If you have a Mediterranean climate.

Then, for those in the urbanised tropics, it’s humid, the sun can be relentless except when it suddenly decides to pour, and you have to contend with facing the butt of fume-belching beasts that trundle along in front of you.

Of course, you don’t have to get the Audi R8 Spyder. You want to get it. Though that will be a challenge since it’s only produced in small quantities. And it isn’t cheap. Or even rationally affordable in the Singapore system of punitive taxation.

All that said, it’s still a desirable machine. Sleek, sharp, sexy. And it’s pacy. It’s every man’s dream number. It’ll go topless at the push of a button, and you can squeeze the excitement out of it with just some foot action.

Aspirational cars, especially convertibles, have been drivers of imagination for the motor industry. These days it’s hard to get as excited about electric cars. Despite noble notions of saving the world, it doesn’t quite have the pull of an animated engine that makes its presence felt.

So, when you have a darling V10 just eager to hit the road and show you a thing or two, you happily hop in for the ride.

Once inside, you realise just how snug you are in the seats that grip you. This is steering wheel across the lap driving for taller drivers. It’s just near impossible to get into a comfortable position. But that’s not enough to stop me from firing up the 5.2-litre engine and hearing those sweet notes of roaring power.

As the virtual cockpit lights up with information, you can also programme it to suit your preferences — G-force, lap times, tyre temperature, fluid levels…. Switch off the irritating start/stop system, switch on the B&O sound system, buckle up and you’re pretty much set to go.

The cloth roof does a good job of keeping the external sounds outside. But if you’d like to hear the engine, there’s a little window in the back you can lower, so it’s in your ears. And if you’d like to listen to your music, the B&O sound system has speakers in your headrest.

When you lower the top — a 20-second affair — you realised how exposed you are to the elements. You may not feel as good as the car looks. 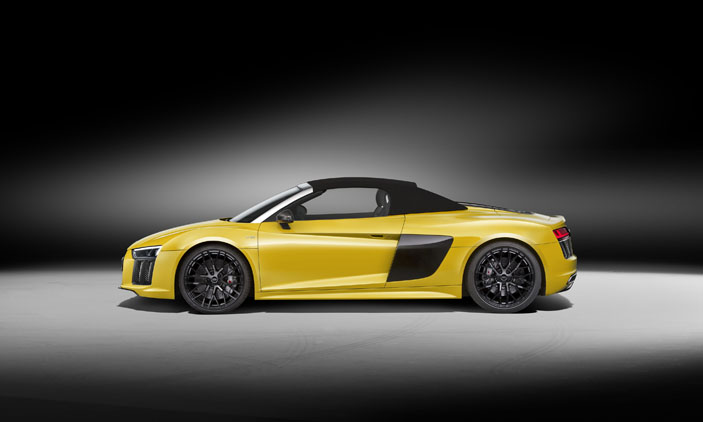 With the top down, the profile of the car takes on a more wedge like form and a spirit of carefree abandon kicks in. 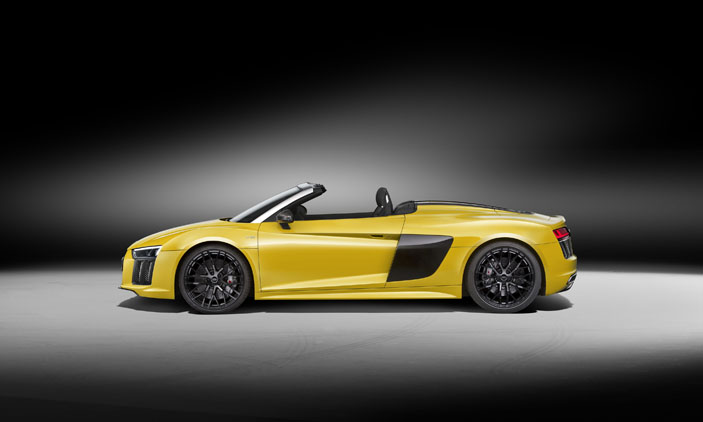 That changes to a sense of purposeful determination when the R8 Spyder rockets from standstill to 100kmh in a mere 3.6 seconds. That is just sheer exhilaration as the G-forces kick in and even when the road bends, the R8 Spyder stays determinedly on course.

Coming in shorter and wider than its predecessor, and with lots of weight-saving measures on board — even a wavy brake disc to help trim some fat — the R8 Spyder is all about grip and feel. 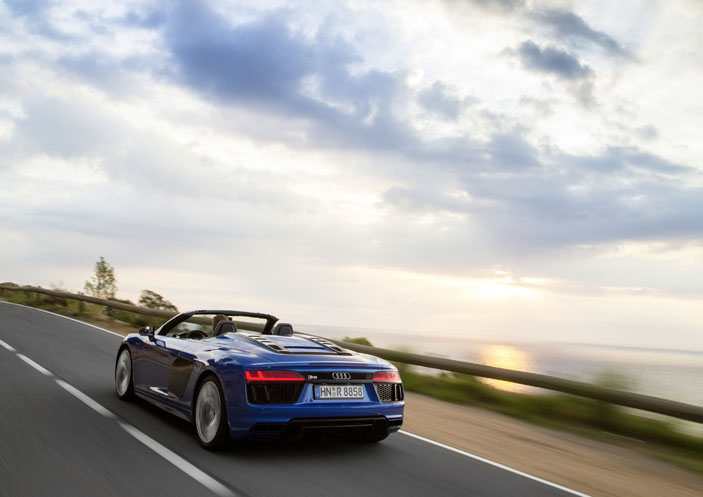 With cylinder on demand, and despite redlining at 8,700rpm the efficiency figures are still respectable. In the city, it’s a perfectly well-behaved car inching along in bumper-to-bumper traffic.

But when you get the chance to stretch its legs, the Spyder has lots to show for it. Responsive and agile, it picks its way through the terrain, accurately finding the spots you point it towards. Its motorsport heritage and the benefits of modern technology in delivering adjustable damping to suit the terrain, are helpful in delivering this level of performance.

The ululation of the engine is matched by the intensity with which you accelerate. From a happy burble to a controlled roar, with accompanying exhaust notes, the entire experience ties together quite nicely. 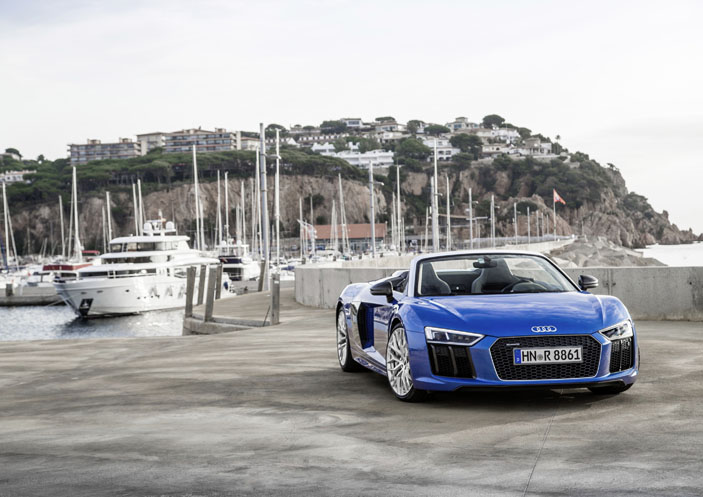 See also  Raise The Roof For The BMW 430i Convertible