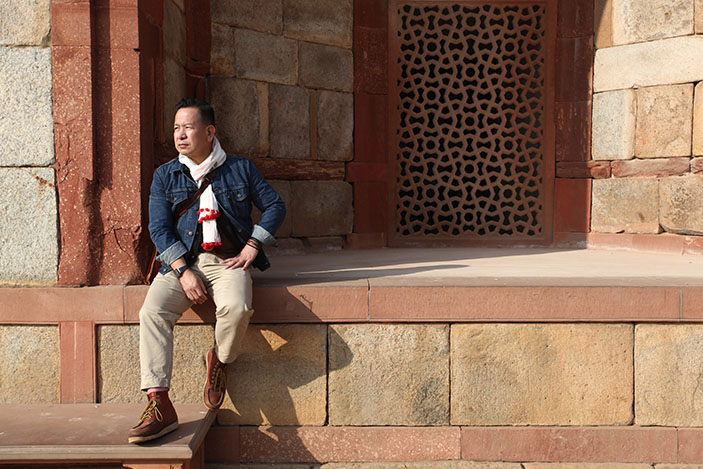 SHOULD Nathan Yong get his way, the first piece of furniture you buy from him will be the last you’ll ever need.

Walking into designer Nathan Yong’s store, Grafunkt at Park Mall, is like stepping into his home. The store is not designed to be a showroom, but rather to give a glimpse into each piece’s potential. Yong — the winner of numerous awards including a couple of consecutive Red Dot Design awards and the prestigious Singapore President’s Design Award — is soft spoken but clear on his personal design philosophy.

To him, the measure of a successful product is whether it can stand the test of time, both from a design standpoint, and a structural standpoint. His affinity for companies that share his belief of strong heritage and production values shows in his recent partnership with pewter maker Royal Selangor, as well as in the European and American designs he chooses to house and showcase at his store.

To Yong, public relations and marketing are not important; the piece should speak for itself. While some businessmen might disagree with his philosophies on longevity — mainly, not sacrificing quality for high sales figures — to Yong it is his oeuvre that should endure, not the fortunes amassed as a result.

“First of all I hate the sustainability bandwagon — a lot of people are using marketing efforts to show that they are at the forefront of being green,” Yong states.

“When I design, I want to make things last longer; I think that’s the only thing I can do and I think it helps.”

“I don’t do flat pack furniture so that it’s cheaper, I don’t  take shortcuts in the constru 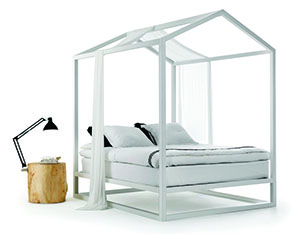 ction just to save a few dollars or to make it affordable. The affordable part is up to the consumer to decide based on their own values — whether they want to spend much more on something that lasts longer, or be cheap and then you have to keep changing every year. When you just use and throw away things it just keeps eating up resources, so for me it’s a no-brainer; just make things last longer and people will use it longer and then you consume less. That lets you give the trees more time to grow before you cut them. Which begs the question, ‘is going green going to cost more, and be affordable to only the rich?’

The table we’re sitting at is the Tip table, part of his Folks Furniture (folksfurniture.com) collection, made of American oak, and gives the impression that it will see many generations of use, belying it’s modern design. The table is well crafted and sturdy, and is priced upwards  of $3,000.

“It goes against the grain as a businessman. If I make this table that last 20 years, in the meanwhile what can I sell?”

A lot of designs, especially electronic items, have built-in obsolescence. Within two years you have to buy a new model.

“I don’t have that mindset; I just want it to work well. And I just hope that the consumer will start to change. Most of them want to change things and make them fashionable, I’m a bit different in that I want to grow old with things. It’s a very Japanese way in that sense, to see that your furniture is getting old in your house. For me that’s beautiful.

“The global trend is that you open Wallpaper magazine and all the shiny, polished black products probably need two maids to maintain.”

That’s just stylish, but life is just living your daily life with good items that support your daily life. Yong is more concerned with real life instead of the life of a star.

Yong is part of only a small group of likeminded designers in Singapore and internationally that will advocate for sustainable, conscientious purchases. His recent work with pewter giants Royal Selangor show that sustainability is not a lost cause, but is rather on the rise.

“Before we started to collaborate, I saw Royal Selangor evolving through their collections and I thought that’s good because they start to show some growth and focus more on design rather than only making things. So, when they called me I w 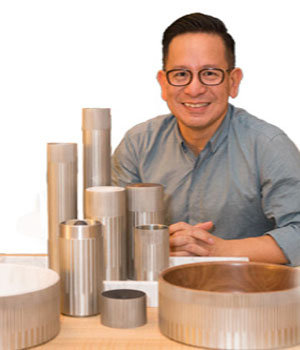 as quite happy because I like to work with a company that has a long history of heritage and craftsmanship and things being passed down. I wasn’t surprised to be called because there are not many people in Singapore who do industrial design in a home environment.”

In designing for Royal Selangor, it was more about learning about the company. The production process is fairly straightforward. So, for Yong, it was about understanding the background — that it’s a very tight, family-run, friendly environment, and they really know their craft.

“The brief I gave myself was to create something that has a certain heritage and timelessness in the way it is, rather than shapes and designs that in two years will look like they are from 2013. I’m always trying to make things that last longer than the trend or the style. Or maybe it’s because I want to be around through my designs for the next 50 years even after I’m dead….”

The pieces surrounding you in Grafunkt all have a certain air about them, but it is admittedly hard for the designer himself to pinpoint what exactly makes them Nathan Yong. Is it about ego?

“When you say that I suppose you say that my identity is in everything I design, like I design a chair for this company, or pewterware for Royal Selangor, I always have this signature look. I would assume that’s what you mean by having an ego. And I always think, well should I or shouldn’t I? I’m not sure if there’s a signature look. I don’t know and I don’t care. Maybe I haven’t figured out who I am or maybe there’s something underneath that’s the underlying Nathan Yong signature but I don’t know.”

At the age of 16, Yong wanted to become one of the world’s top designers, measuring his success to that of French designer Philippe Starck. However with no jobs for designers after he got out of the army, he sold furniture, and eventually became a purchaser before opening his first store Air Division at 29.

Sustainability For The Wealthy

“But at that time we had to make $250,000 a month, we had to listen more to what the market wanted. But after I left and created Grafunkt, I didn’t really ask or care about what people want, I just design based on what I think is right. And I think it’s correct because right now we’re exporting the range, and selling locally.”

Longevity and avoiding shortcuts are key to Yong’s designs, and there’s some degree of green in that. Though you still need to appeal to your customers.

“I think people are buying based on trends. They like wood now, but in three years it’ll be marble and they’ll throw away the wooden table and have a marble one in its place. So it’s more than me that has to change people’s mindsets.”

“For me I do my stuff because it’s what I do. I think other people pushing sustainability have to reach out to people and say ‘you’ve got to buy wisely’, ‘you’ve got to consume wisely’, you’ve got to make informed choices when you buy something’, ‘you’ve got to know where it’s from’. The wood I use is from a farm in North America, registered with the American Hardwood Association.” 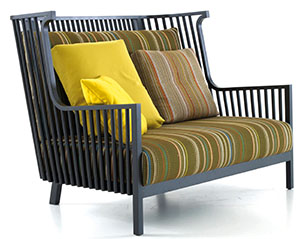 Yong has the luxury to say that, because his designs appeal to people who can afford it and don’t mind paying a bit more. But for the people that can’t afford it, they just buy from a mass market store where everything is cheaply sourced, full of chemicals, and it just lasts three years after which you throw it away….

And that’s just how the world is. You talk about furniture…or fashion…and it’s just use and throw away. Because you can’t wear the same dress over.

“I can’t make myself buy things that spoil easily; I don’t know how much of that is my consciousness to be green, but do you want customers to keep coming back and complaining to you? Grafunkt is selling to higher end customers so we don’t want things that look shoddy. Singaporeans are comparatively well off, so we are able to appreciate things that are better made. The wealth of the country will determine what level of product will sell. Then, if we’re talking about poorer Southeast Asian countries, my business would not make it there.”

If we are designing for today, are we in better shape than before, and will the future be in a fitter state than today? It’s all about adaptability….

“I think we’re all going to hell because we’re just so wasteful. No, I think humans will survive somehow. I have been asked if the future will be better or more beautiful for the next generation, and I said that question is irrelevant, because every generation thinks theirs is the best.

“Your grandfather will think that the world is so beautiful, and then we think that the future will be deader for our kids, who will be living in sewage.

“My view is that they’ll be living in sewage, and they’ll think it’s beautiful, because they will think that their kids will be worse off. So it’s a mindset thing. Humans will design and adapt and create.”

We study a lot, we work, our heads grow so big because we think whatever we achieve is going to affect the next generation.

“I don’t think so, because from cavemen to now we have evolved, and we adapted and we changed. We’ll find a way to survive. So, I’m positive. I’m positive about all of the negativity.”

The next generation might be better, or worse, but it’s up to the informed decisions we make now to shape that future. In either event, at least we can be assured that Nathan Yong’s designs will do their part to stand the test of time, even if they are a little worn in by then.