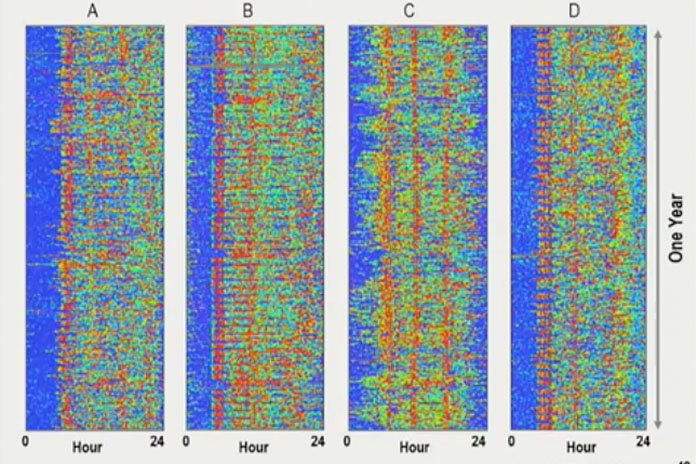 THE COLD, calculating world of Artificial Intelligence (AI) is seldom, if ever, associated with human happiness.

Designed for automation and improved performance, intent on leading to enhanced outcomes, AI is almost always about elevating productivity, often at the expense of human involvement.

Dr Kazuo Yano, a long-serving Hitachi employee is among the pioneers who saw the potential of AI. In his 35 years with the Japanese company, the Hitachi Fellow has developed more than 350 patents and is highly regarded internationally for his advances in semiconductor work.

Dr Yano’s vision for what he develops often exceeds the potential others see in it.

Pushing the limits of functionality, he pushes his ideas into new and unexpected areas.

For the past 13 years, he has been constantly hooked up to one his devices for the sake of science. He has been wearing a monitor that has recorded his movement continuously. And the patterns that have emerged have pointed towards his state of happiness.

“Raw data is a breadcrumb. Combine these crumbs and you get a pattern that has  greater meaning.”

Dr Yano was speaking at the Hitachi Young Leaders Initiative in Singapore, where he explained how movement and patterns in behaviour can be translated into a clearer picture of the state of an individual and, collectively, that of an organization.

In the diagram above, the patterns of four people are displayed, with the blue parts being sleep periods, the red for intense movement and the yellow and green for varying degrees of activity.

Based on analysis of data collected over 1 million days from 468 people in 10 organisations who were asked 20 questions, he observed various patterns of human behaviour, such as walking, speaking, eating, and operating personal computers.

“We started thinking that we might be able to advance this analysis so that we could actually see the degree of human happiness,” he said.

To achieve this, he asked the subjects to wear accelerometers, and based on the collected data, he noticed that happy organisations exhibit more diverse behaviour.

In unhappy organisations, most behaviours — almost without exception — stop after about 10 minutes.

By observing this behaviour, Dr Yano could tell if an organisation is happy or unhappy. “Our research also found that the happier the organisation, the higher its productivity.”

So, if you are doubting your state of happiness, perhaps AI can help clear things up for you.