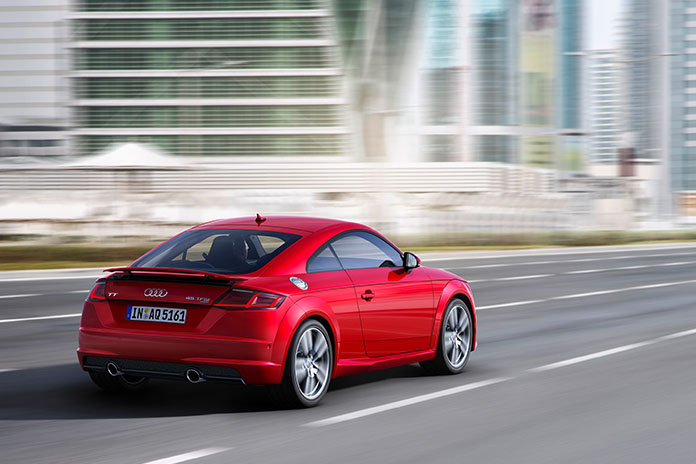 TALK among Audi leadership is that this could be the last version of the Audi TT.

The TT has always been an indulgent model for the brand. It was a totally new design direction for Audi, when it was first unveiled in 1995, and launched in 1998.

For its bubble-based, Bauhaus-inspired looks and pace, it didn’t excite drivers, though it could spin quite happily given a chance. A spoiler helped keep it in check.

It invariably proved to be a purely emotional purchase. And one that women preferred for its soft lines.

Over three generations, the TT has grown and matured, becoming more of a sports car and balancing the gender bias. By the second version, its look had been given a more sporty profile, thanks to the TTS and TT RS derivatives, and improved driving dynamics. 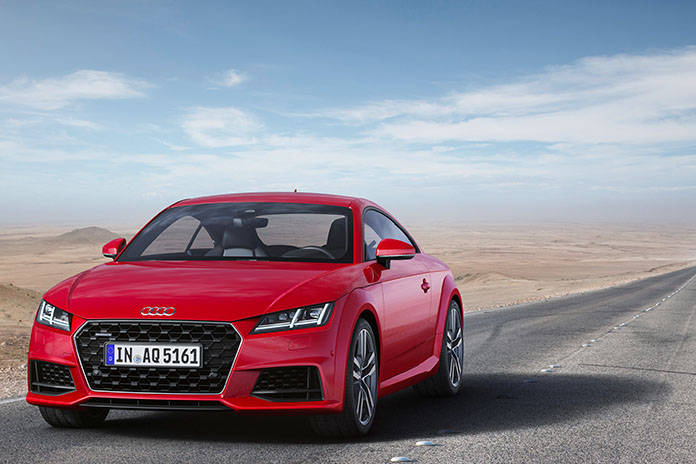 End Of The Road?

In its latest, and possibly final, iteration, the TT has grown and further sculpted its physique and its engine.

The four rings have moved to the bonnet, and there’s a large grille with wide wheel arches along with purposeful lines that project a sense of expectation from the TT.

It has risen to the challenge, bucking the trend for smaller capacity engines, for instance, and is loaded with a 2L turbocharged inline 4-cylinder powertrain with 65 more horses in the garage than its predecessor.

The 0-100kmh dash is quicker by a fair bit, shaving 1.1 seconds off as it reaches the point in 5.9 seconds, this despite being 55kg heavier.

The smooth acceleration allows for easy handling, as the TT purrs along, or it could change gears and rush along. The low sitting position allows for a greater degree of exhilaration to flow through the 2+2 as the occupants become more engaged in the drive. 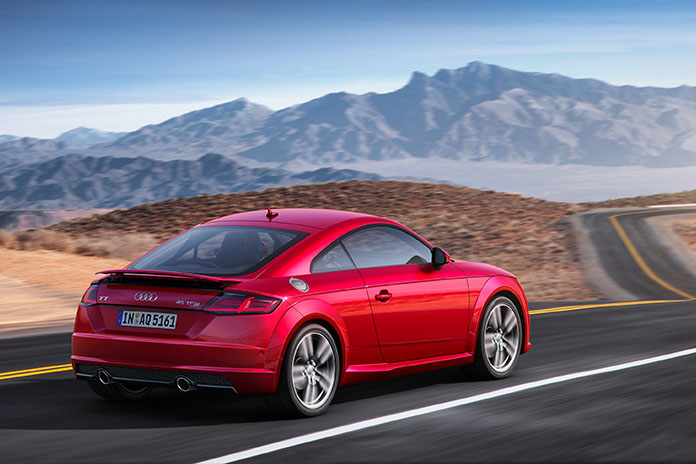 Closer to the road it runs, with a lower the centre of gravity, and with the spoiler popping up at 70kmh, its front wheels steering precisely.

This is sheer fun on wheels as the TT flies through bends, unerring in its trajectory. 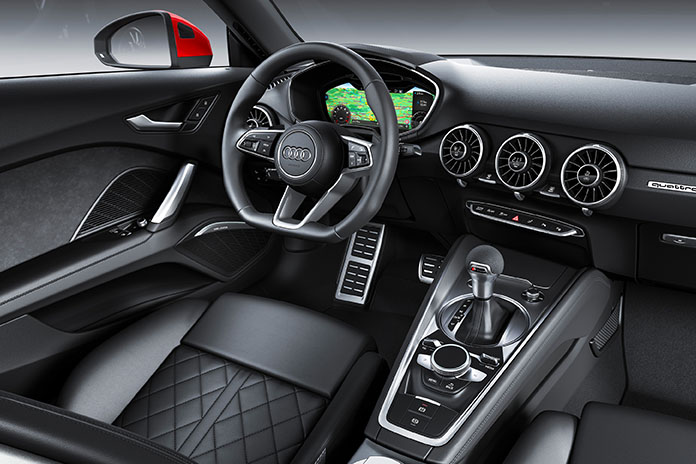 While most cars slap on the dashing displays, the latest TT pares things down. There isn’t a central screen to stab at. It’s all beautifully sculpted buttons and knobs, carefully crafted to complement the mix of materials in the cabin.

It’ll mean a lot less for the passenger to do as virtually everything is driver-facing. So, maybe admiring the air-con vents may have to suffice for the front passenger, while those banished to the rear will have to keep their heads down and pray there aren’t too many humps that might force them out of their seats and into the sharp slope of the rear windscreen. 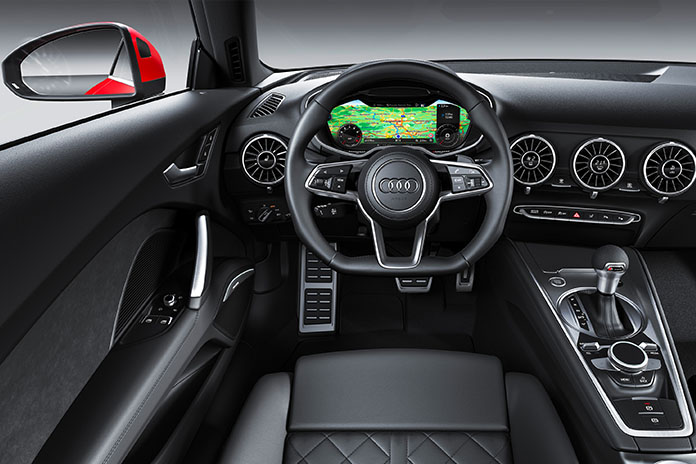 For the driver, a new digital combi-instrument display packs all the information required.  Keeping things real and relevant is certainly among the TT’s charms. None of the newfangled gadgetry intended for autonomous driving, which is still some ways away from  reality. Instead, it’s useful safety and performance features that the driver — and passengers — will appreciate in a lively, sporty car. 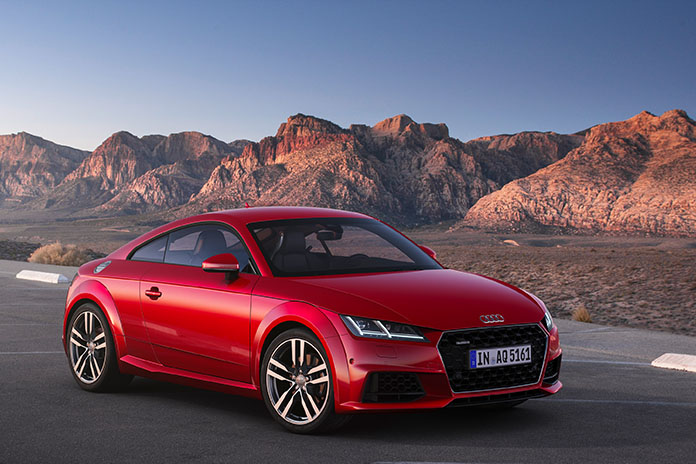 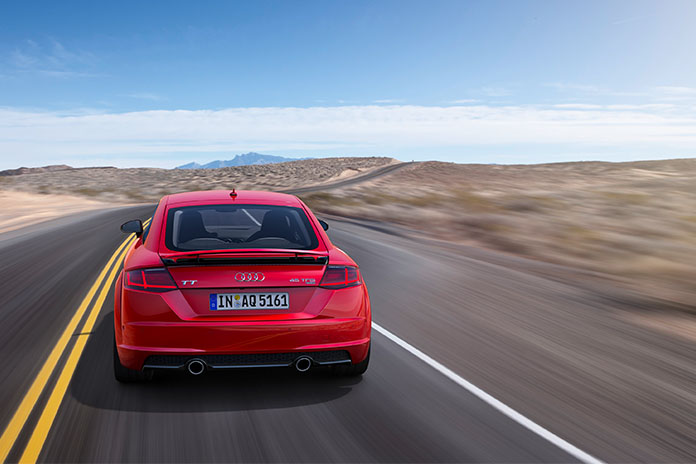 Facebook Notice for EU! You need to login to view and post FB Comments!
See also  Choice Of Pace - Alpina B4 Coupe