IT USED to be that station wagons were utilitarian. Beasts of burden which served functional duties of fetching and ferrying. Nothing glamorous or riveting about them.

Well, that was the case until they started souping up the engines and giving sporting touches and fancy names, Mercedes-Benz brought back the term “shooting brake” and suddenly the “estate” moniker was viewed with new admiration after the likes of Audi’s S6 Avant zoomed onto the scene.

BMW has its own set of estates, called “Touring” models, which are not found in abundance, but are gaining some popularity since they started to look better than their SAVs. 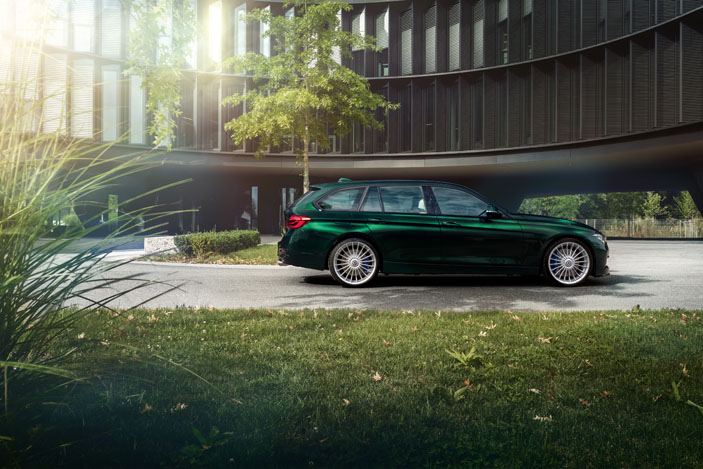 Alpina, which pumps steroids into a BMW has sprung the B3 Turbo, which is an estate that pretty much flies if given a chance.

Lightning quick — 0-100kmh in 4.4 seconds — it’s like a meteor especially with its sloping back that is designed to be practical while being aesthetically pleasing. The Alpina body stickers draw the eyes to certain lines, but do little otherwise.

The boot of the B3 Turbo is well thought through. There are storage compartments, lashing points and restraining nets all neatly sectioned off. It’s sizeable, to boot. Maybe a bit too much so as the back seats are a tad tight.

Alpina does a fair amount of work under the hood, and it shows. The engine all but leaps into action. But as you get the hang of how much to squeeze the pedal, it becomes a smooth ride when needed, and a fast ride almost at will. Although the maximum torque of 600Nm kicking in between 3,000 and 4,000rpms, you already feel the pull before that. 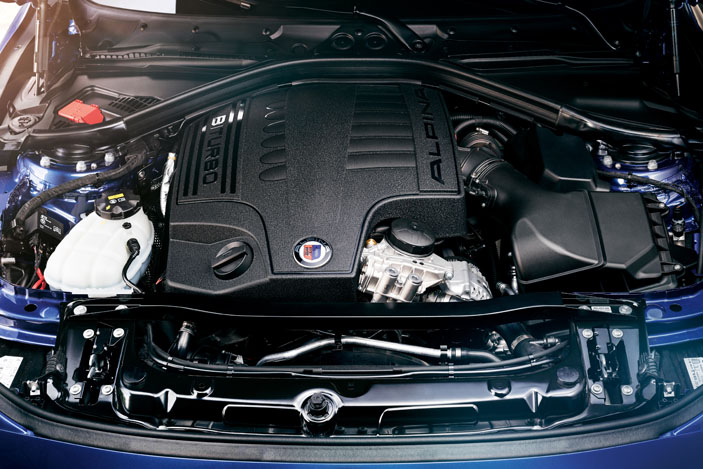 As you grasp the black leather steering wheel with the blue and green stitching, you itch to push it. And it responds quite nicely. Despite the length of the car, it’s still sharp and precise when pushed. Best to lash things down at the back or you’ll have a lot of sorting out to do.

The only time the B3 Turbo is unhinged is when it takes to speed strips. This car can massage you to the bone. Best to fly over them, then. Within, the cabin it’s quite similar to what you’d find in a BMW, other than the Alpina logo on the seats, some piano black trim and the stitching, and the large plate indicating who built the car (it’s time to update this so it fits in more stylishly). Comfort factors are firmer given the sport seats, but they do hug you, especially when you take to the bends with gusto. 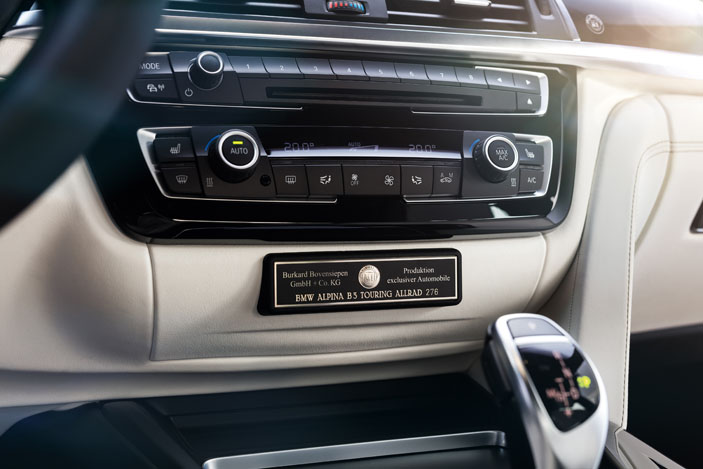 While previous estates were meant to fetch the kids about, the likes of the Alpina B3 Turbo will find it in the hands of those who enjoy driving.