Family planning has gone full circle in Singapore since the early decades of independence. 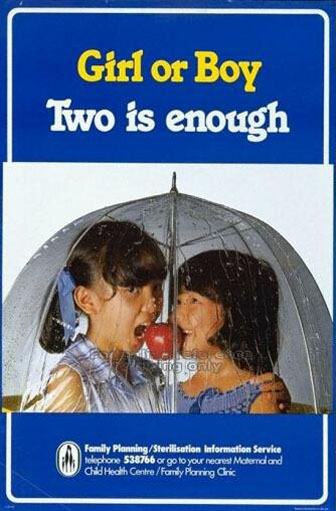 Some of the seeds for encouraging smaller families were articulated by the late Prime Minister Lee Kuan Yew in his 1967 National Day Rally message.

The concern in those days was there would be not enough jobs to go around as Singapore embarked on its dizzy industrialisation path.

Lee said: “The biggest challenge in the decade ahead for all of us is to find meaningful jobs for your young and now educated population.

“We have, straight away, to take steps to make sure that future governments will not be faced with these same problems of large numbers of new babies—meaning large numbers of even educated but unemployed people.”

Lee added in his speech: “We have to revise all our social values so that no one is required to have a large family in order to qualify for a Housing Board flat, for social welfare relief and so on. Today, strange as it may seem, we are giving priority to people with large families, thereby encouraging people to have large families. And the person with the small family can’t get the flat.”

A large family was seen as a drag on the community. “Since we want to encourage people to have small families of three or even less children who can all be well cared for, when the family is small, then we must systematically encourage the small and discourage the large family,” Lee noted.

History has shown that the family planning policy was ultimately hugely successful in the Singapore context at the time, helping to lift the city-state to new heights as an economy.

Fast forward to today and Singapore still faces critical family planning issues, but they are of a diametrically opposite nature. The total fertility rate (TFR) measure has superseded the birth rates per 1,000 women measure, but the numbers are grim and at the other end of the spectrum.

Minister in the Prime Minister’s Office Josephine Teo recently revealed that Singapore’s TFR dropped to 1.16 in 2017, making it the lowest figure since 1.15 in 2010 and the second lowest ever recorded.

Typically, a TFR of less than 2.1 means a country may be headed towards a population contraction.

Many reasons have been cited for the drop in the TFR in Singapore. Teo said “our surveys show that a large majority of young Singaporeans want to marry and have children. However…these are not their only life goals. Young Singaporeans today have many opportunities to pursue their passions. They may also prefer having their own home or establishing themselves financially before settling down. These factors have contributed to Singaporeans marrying and having children later.”

Other Reasons For Not Having Babies

The Minister failed to mention a host of other potential reasons for not starting families:

Teo also didn’t mention if the surveys that she cited indicated where young Singaporeans want to marry and have children.

Against this backdrop of a low TFR, the government has introduced many initiatives to encourage baby-making in Singapore. These include helping couples get their own homes more quickly and asking more employers to sign on to the Tripartite Standard on Flexible Work Arrangements (FWA), in a bid to foster more family-friendly workplaces.

Channel News Asia also reported that from April 1, the government will dive even deeper into the lives of young Singaporeans by providing more assistance for those who face difficulties conceiving — the support for Assisted Reproduction Technology treatment for eligible couples will be raised from S$6,300 to S$7,700 for “fresh cycles” and from S$1,200 to S$2,200 for “frozen cycles”.

Healthcare support will also be enhanced with MediShield Life extended to cover serious pregnancy and delivery-related complications so that expectant parents can have less to worry about.

In the early years, too many babies were being born in Singapore, and now too few babies are being born.

Singaporeans saved the day in the past by “stopping at two”. Going forward, they may not be as cooperative.

There are more distractions, there is more social mobility and more reasons for young Singaporeans to be less community-selfless. The nature of progress is that people grow in awareness too. More and more young Singaporeans may realise that living in a high-cost pressure cooker may not be conducive to starting families, despite the continued attempts by the government to micro-manage their lives.