SMASHING in this season with yet more French flair is Lacoste’s new range of apparel to accompany this year’s French Open. 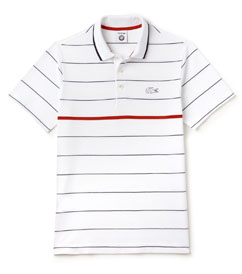 Marking the 45th anniversary of the Roland Garros-Lacoste partnership, another contemporary range of men’s and women’s wear is served up.

Solid colours with stripes and quirky use of designs give the spring/summer 2017 range a refreshing look.

The reinvention of tennis wear harks back to Rene Lacoste’s days as an active player.

In his heyday, Rene won seven Grand Slam singles titles and was the World Number 1 player in 1926 and 1927. 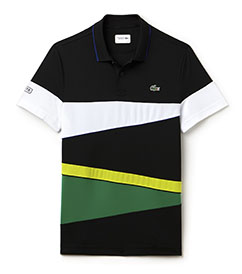 He also made a name for himself by reinventing the tennis shirt. Disliking the old tennis attire of long-sleeved white button-up shirts (worn with the sleeves rolled up), flannel trousers and ties, he sought to design a more comfortable alternative. A short-sleeved, loosely-knit pique cotton shirt with an unstarched, flat, protruding collar, a buttoned placket, and a shirt-tail longer in back than in front was his solution. Together with André Gillier, owner and president of the largest French knitwear manufacturing firm at the time, they found La Chemise Lacoste.

This season’s range of menswear consists of polos, tee-shirts, and sweatshirts which are suitable for both on the court and around town.