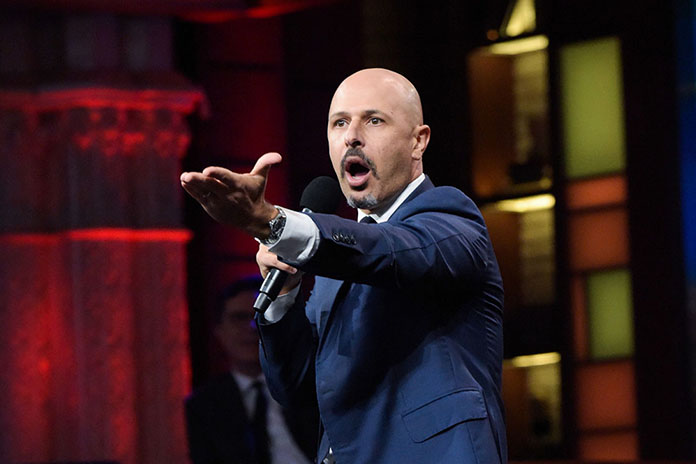 WHEN he was 9, Maz Jobrani saw Eddie Murphy on Saturday Night Live.

Having recently been relocated from Iran to the US, Maz believed he could be like his idol.

What was not to like about Eddie Murphy, whose 1987 film Eddie Murphy: Raw is still the box office leader? He was loud, funny and he got his point across.

While these dreams often stay as just that, Maz pushed hard to realise it.

“I did not have any hard plans, I just wanted to do what I wanted to,” Maz says via Skype call in Perth, where the Australian leg of his Peaceful Warrior tour is underway.

“When I came to America at 6, I would watch a lot of cartoons and that might have turned me on to humour. I used it in school to make friends. I was good at sport, so I had friends there, too. I would bring a lot of candy to school, to bribe friendships.

“I started doing plays at 12. I loved the stage. But my parents wanted me to become a lawyer, so I studied political science. Then I wanted to be a professor, but wound up in advertising.”

It was at the ad agency that a colleague saw him duplicating a copy of a videotape for a play he was in and asked him if he would do it professionally.

Maz said he might, later. But his colleague who was much older said that he too had had dreams but many things got in the way. His advice to Maz was simple: “If you want to do it, do it.”

And so he did. 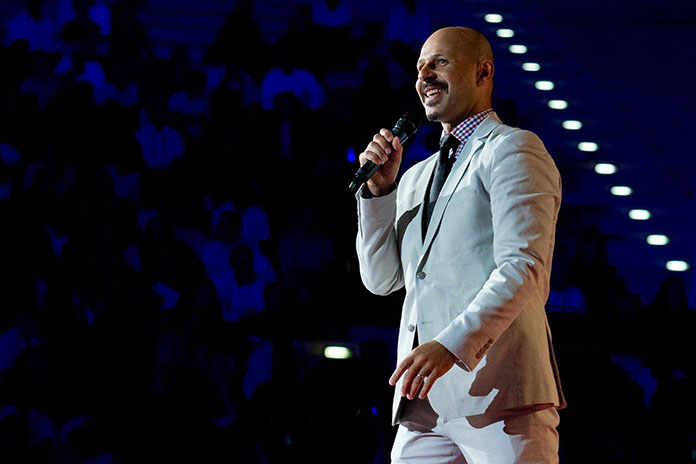 It wasn’t easy, but a mix of determination, hard work and luck proved to be a recipe that would get the brown and friendly comedian onto the circuit.

The resulting list of accomplishments includes performing stand-up on The Tonight Show, playing the lead in the award-winning indie comedy Jimmy Vestvood: Amerikan Hero, which he co-wrote and produced, Ice Cube’s Friday, After Next, and TV guest appearances in Malcolm In The Middle, The West Wing, NYPD Blue, Without a Trace, ER, Law & Order and Grey’s Anatomy.

He is a founding member of The Axis of Evil Comedy Tour, which first aired on Comedy Central. He has had multiple Showtime specials and he released his first book, I’m Not A Terrorist, But I’ve Played One On TV(2015). His first original Netflix stand-up special, Immigrant, is currently streaming.

While he enjoys the commercial success that has fuelled his passion — as it has for the likes of Trevor Noah and Russel Peters, among others — Maz says he would never recommend being a comedian if you want a good paying career.

“You should only do it if you love it. For the first 5-10 years you get paid very little. But if you keep growing as a comedian you can make a living.” 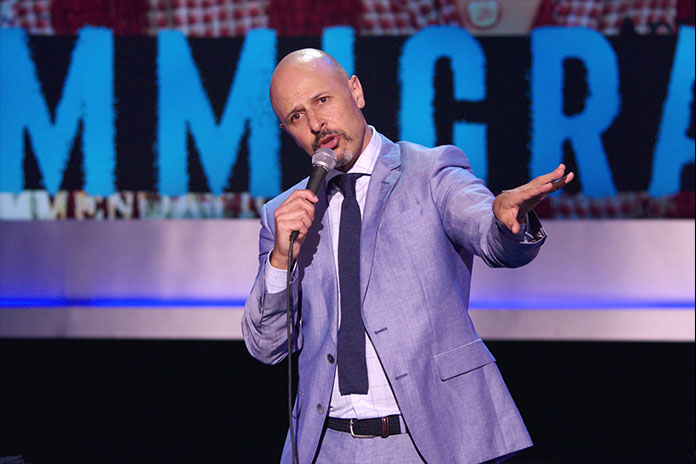 The American comedian set his mind to telling his stories and it has connected with a global audience.

Maz is on his Peaceful Warrior tour which rolls through Singapore at the end of July.

He reflects on how travel opened his eyes to understanding people and situations better.

“As a youth I travelled in the US a lot, but when I spent a year in Italy, it was eye opening.

“Whether you’re in Egypt or Iran or South Africa, most people are trying to live their lives and provide for their families and do good.”

While the media hogs the narrative with news of dissent and dissatisfaction, comedians serve a useful role in putting things in perspective.

The world is going through a host of changes. Economies are being disrupted, governments are feeling fragile about their relevance, people are upset and are taking videos of everything. Buzzwords zap in and zip out, and new trends come in drowning waves.

While most accept this as change that is inevitable, the comedians in our midst are able to spot the opportunity to define and discuss a moment to provide greater clarity, and possibly a perspective that was not considered.

“Comedy helps humanize our communities,” Maz notes. “We entertain while bringing a message across. My opinions onstage are close to my opinions offstage,” he observes.

“Trevor Noah is going to keep your attention more than a politician.”

Maz, who claims to be shy and quiet offstage, is quite a performer on it. His physical routine sees him pacing and constantly moving as he reaches into the audience to involve them in the act. While that might make some recoil at being thrust into the limelight, Maz assures that he is not an “insult comic”.

“I try not to make fun of the underdog,” he explains his motto in life.“I don’t want to get into an argument. I can’t change anything in a one-hour show. My job is to be funny.”