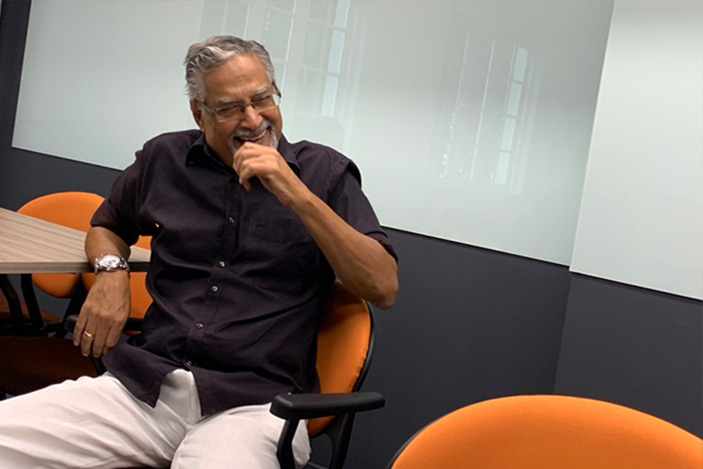 THE RELATIONSHIP between Singapore’s late first Prime Minister Lee Kuan Yew and the local media was often testy and set the tone for how it would be played out over the decades.

With his strong personality and views, Lee insisted on pushing his perspective to the fore. He was a force to be reckoned with and a subject who could be a nightmare or a delight in an interview.

P.N. Balji, the former editor of The New Paper and Today, is of the opinion that Lee was good for journalism in Singapore.

“Although he was tough on journalists — he scolded journalists — he wasn’t that bad for journalism,” Balji said at a discussion with STORM about his book Reluctant Editor, which will be launched on 14 June. 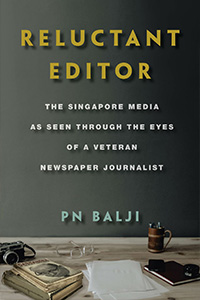 Poet and author, Prof Kirpal Singh, who was one of the commentators at the discussion, was of the opinion that “LKY wanted more robust journalism”.

Kirpal, who had a few conversations with the former PM, recalled him saying that there were articles that “could have been better with a bit more robustness”.

While Balji didn’t have any direct confrontations with Lee, the senior leadership at the newspaper was in constant contact with the Prime Minister’s Office.

That is perhaps a key thrust of his book — the protective layer that served as a buffer to keep journalists functioning without being distracted or discouraged by the authorities.

Irene Hoe, who spent two spells with The Straits Times, commented on the relationship between the newsroom and the government. “We didn’t know the struggles that went on. The government was not on our mind at the beginning of the process, as it is now.”

Irene went on to explain the differences she saw in reporting then and now, especially in court reporting.  In the past, there would be questions asked and views sought from involved parties.

Now, it is the “word of god”, and it must be reported. 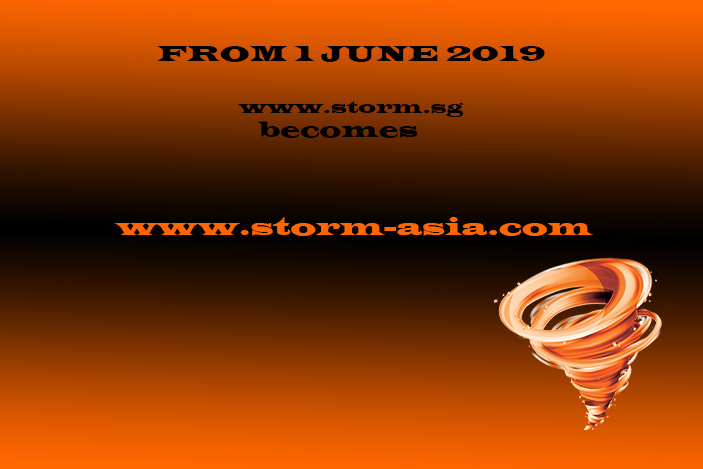 Giants Of The Newsroom

Back in the 1980s, the spirit of Britain’s Fleet Street journalism was evident in the newsroom. Reporters were encouraged to probe beyond the facts presented.

Balji explained that it was feasible then with a “principled band of editors” who backed the journalists, while working within narrow boundaries. 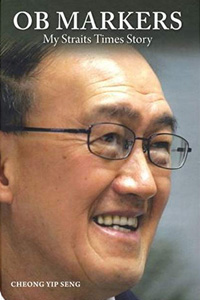 “Peter Lim, Cheong Yip Seng and Leslie Fong are three giants of the print media,” Balji noted. As part of “the golden era” of journalism, they pushed the envelope and shaped the direction of the papers in the organisation.

Cheong, long trusted by the government, wrote about the challenges faced as the editor-in-chief in dealing with the authorities. A book that perhaps cut too close to the bone, it shed light on the relationship between the media and the government machinery.

The examples of running interference showed how much of the complaints the editors shouldered and dealt with quietly, hence allowing the journalists in the organisation to continue with their work.

This level of protection will not be enjoyed by the new wave of commentators and influencers who have taken to airing their thoughts on the Internet.

Social media has effected some serious changes to the media landscape. The rigour placed in confirming details is sometimes lost in the race to be the first to post, resulting at times in inaccuracies and sensational content.

Fake news has muddied journalism, and has resulted in unrest and violence as a result of articles and messages designed to misinform. While governments have aggressively taken up the issue with the likes of Facebook and WhatsApp, it hasn’t stopped them from using it to their own advantage, to push their views through.

Fake news is not something those trained in journalism are proud of, or want to be associated with.

But it has become a major part of the media landscape thanks to the Internet and social media.

While blogs and influencers lacking in journalism training have popped up in abundance in Singapore, they have come up against a government that still wants to control the narrative.

The Protection from Online Falsehoods and Manipulation Act (POFMA), which was recently passed into law by Parliament, allows the government to impose its will on how certain topics are discussed, and what is deemed fake.

Did years of treading carefully make the writer in Balji over-cautious when it came to penning his book?

While he didn’t self-censor himself, Balji says he was careful to ensure he had all the facts before forming an opinion. As a result, at least one potential chapter was dropped when the facts could not be corroborated. He explains this in the video.

While Balji has no great expectations for his book, he points out that if we have a “frightened media”, the biggest loser will be the government who will not have a sounding board to test its policies.

Perhaps Reluctant Editor would best serve as a reference tool that puts the evolution — for want of a better word — of Singapore media in perspective; reflecting on an era that could be all but over soon.

Watch the video for the full discussion.

From June 2019, STORM becomes STORM-ASIA.COM with articles and events that reach a wider audience.