The awesome blend of power and performance come together in a neat package that will bring a smile to your face. By Kannan Chandran

Once you’ve driven the BMW M2 Coupe, you understand why it’s such a desirable set of wheels.

It is a neat little number that is very pleasing to the eye and extremely invigorating to the soul once underway; an ideal set of wheels that moves you as it stirs your soul with its winning ways.

Many of BMW’s smaller performance cars have been about catering to the needs of the driver, and the BMW M2 Coupe keeps to this raison d’etre. Compact, neatly proportioned and with a turbocharged three-litre inline-6 powering things along, it is a firecracker that launches you into a blissful state of driven euphoria.

Sculpted to look the part, the M2 Coupe is folded and shaped to impress from any perspective. The angled lines on the doors announce a purposefulness, as do the origami-like air dam, grille and carbon fibre details on the spoiler and wing mirrors. 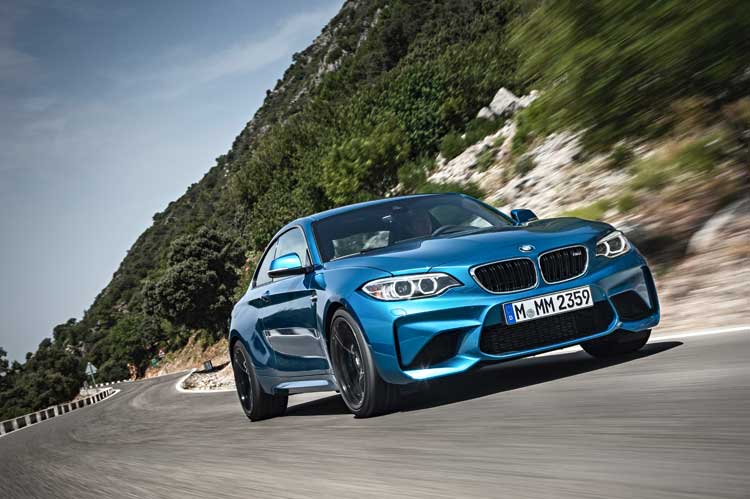 Inside, the look is in keeping with the BMW family traits, though it appears more understated. The matt finish and the carbon fibre highlights work in tandem with the leather with the red and blue stitching. The dial

If your pulse is raised by the promise of its looks, then prepare for major palpitations when you fire it up. 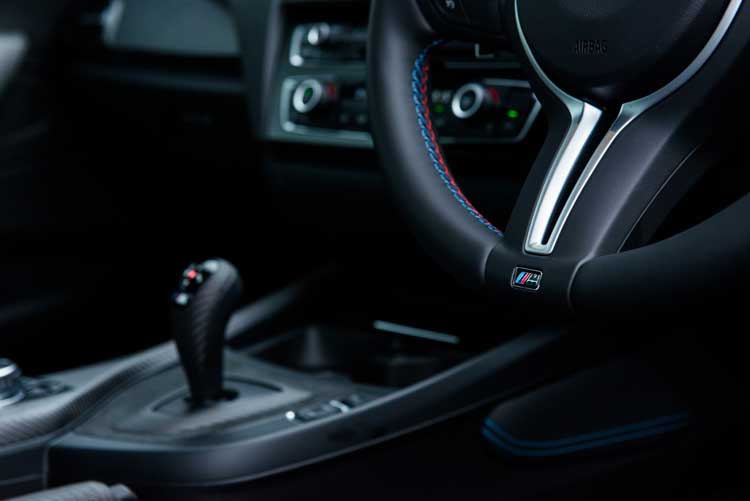 That roar of delight at being unleashed is the stuff of dreams. The horses, when set to task are breathtaking in their ability to spirit you into a rush of excitement. The flow of power is sustained and you know this engine always has something in reserve.

You derive pleasure pushing the nimble M2 Coupe around sweeping curves, or along twisting roads. It moves like a river, flowing smoothly, gushing when required and burbling its appreciation when given a task worthy of its capabilities. The handling is ever responsive, as are the gear changes as you work the paddles on your multi-function steering wheel or the short shifter.

So assured is the drive and tenacious the grip, it’s hard to unnerve the M2 Coupe, and you feel you are never going to match its capability. A good test of man and machine would be out on the track, where it should be happily in its element.

There’s a firmness to the ride that the driver will appreciate, though not necessarily the other occupants. The metal clunking from the rear when in excitable mode seemed a bit out of character.

The avid enthusiast will probably want a manual version of the M2 Coupe. And that would be understandable. It’s going back to the purist’s preference — all four limbs and the noggin working in tandem.

But for the city slicker, the 7-speed automatic is a more efficient way of getting around. It’s got the desired ability to hold its gear in Sport mode to rocket off to 100kmh in around four seconds, growling happily all the way.

It would also be nice to have a head up display to keep your eyes on the road. That might help you raise your game, too.

See also  End Of The Road For The Zippy Audi TT?