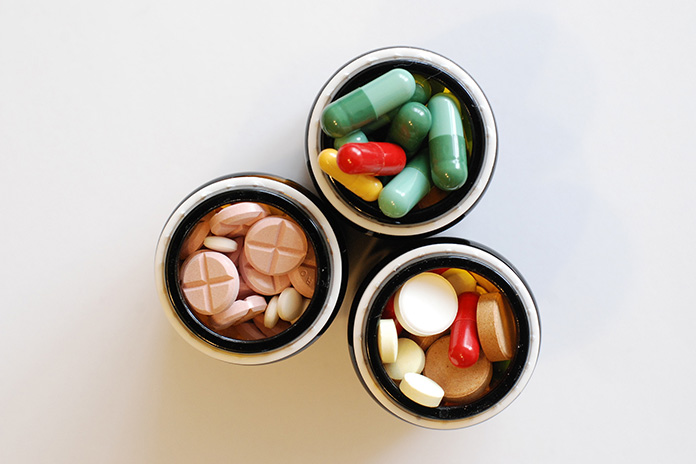 THE PHARMACEUTICAL industry has to look for new avenues if it is to remain viable in times of uncertainty.

Dr Nadina Jose who has been involved in the testing of Viagra and Botox sees a role for natural remedies to be part of the bigger picture.

The evolving face of big pharma is one that is likely to have a more botanical than chemical disposition, and it will be looking at new ways to teach old drugs new tricks.

Singapore-based clinical trials expert, Dr Nadina Jose, reckons that the drug industry will have to look to biologics, genetic mapping and integrative treatments that include reiki, acupuncture and herbal remedies, if it is to stay relevant, and alive.

“One of the biggest factors about staying sustainable is constant innovation. Innovation brings new opportunities. In the last 10 to 15 years, the biopharmaceutical industry has been looking at natural ways of healing as a new direction to develop better medicines,” says Dr Jose, the Founder of the Anidan Group. She has experience in the clinical trial and study arena, ranging from phase I to late phase studies.

The Anidan Group was set up in Singapore in September 2011 to bring medical innovations to patients in the shortest time possible. She believes Singapore’s population mix will stand to benefit from this new direction that the industry is taking.

“Singapore is a melting pot of different cultures where a third of the population are transients who will avail themselves of the healthcare services here. A lot of these professionals are used to treatment that is more holistic in nature.

“This is a worldwide trend and one in which Singapore should aspire to remain at the forefront of.”

‘Biologics’ is a buzzword in the industry. A biologic is a drug that is not produced chemically but from more natural substances like cells, blood, tissue or stem cells. While the ethics of stem cell research is still being thrashed out, they have unique regenerative abilities that offer new potential for treating diseases such as diabetes, and heart disease.

This relatively new natural wave is gaining approval even with the Food and Drug Administration (FDA) in the US. In 2006, it gave the thumbs up to Polyphenon E ointment, which is made from green tea extract and is used to manage genital warts. This is the first botanical drug to be approved by the FDA since it published new guidelines for their approval in June 2004. In 2012, the second plant-based drug was approved, Fulyzaq, which is made from a tree in South American called Dragon’s Blood after its red sap. It treats the diarrhoea that afflicts HIV patients on antiretroviral therapy.

The floodgates are opening, says Dr. Jose, with as many as 500 plant-based drugs in various stages of development preparing for FDA approval.

Another opportunity into the future of healing is a process that is holistic or integrative medicine. According to Dr Jose, this is now a sub-specialty for internal medicine for people training to be medical doctors in the US. For example, Chemotherapy Infusion Centres in the US include services like massage, reiki and acupuncture with chemotherapy.

The Duke Center for Integrative Medicine adds nutrition, fitness, yoga, tai chi,meditation, and other practices that help patients have a better quality of life while living with cancer.

Reiki is the Japanese art of promoting healing through a practitioner’s life force energy that goes to the patient by laying his hands on the person. Acupuncture is the ancient Chinese practice of placing needles into specific meridian points of the body to stimulate the body’s energy or Qi.

These new-age treatment centres offer holistic treatments that include family counsellors, support groups and nutritionists who incorporate Traditional Chinese medicine (TCM) in their treatment. Other medically non-traditional services that help in a kinder environment are nipple tattoos for breast cancer patients and eyebrow tattoos for patients who have lost theirs after chemotherapy, says Dr. Jose.

The Impatience Of Patents

“This is an innovative yet simple and logical game changer for the drug makers,” Dr Jose says. They are making the industry sustainable by getting in on this natural tide. She notices that TCM is fast becoming more popular globally, and wants to be part of mainstream medicine, but she warns that the industry needs to be more strictly regulated. The challenge facing big pharmas is the difficulty in getting approvals for drugs, and the various phases that need to be completed successfully over several years before the drug can be sold. Failure at any stage could result in the project being terminated with millions of dollars lost.

She says that there are some 5,400 molecules globally that are in various stages of development and clinical trials, none of which have been approved. In the meantime, blockbusters are falling off the patent cliff. This is where drug makers lose the protection of their patent and face price-cutting competition from generics.

For example, this year, when Sanofi loses the patent on its diabetes drug Lantus — its largest earner and the world’s best-selling drug — it will lose $7.6 billion in yearly revenue.

Novartis’ prescription cancer treatment Gleevec goes off patent this year, and with it nearly $4.7 billion in revenue.

Dr. Jose says that while drug makers are waiting for the discovery of the next big new thing, they are hedging their positions by making forays into the alternative world of biologics and botanicals through mergers and acquisitions. In an industry where size matters, the combination of economic uncertainty, tougher regulatory scrutiny for new medicines, and expiring patents have forced the big companies to review their business strategies.

“They are buying start-ups in biologics and companies developing botanicals or plant-derived drugs,” Dr Jose explains.

A good example would be the spate of purchases by big drug companies that took place in 2009. Swiss pharmaceutical company, Roche, bought biotech pioneer, Genentech Inc., for US$46.8 billion. Genentech developed Herceptin, one of the most important biotech products for treating breast cancer. US multinational corporation, Pfizer, the maker of Viagra, acquired Wyeth for US$68 billion. Merck & Co., which relied traditionally on homegrown research, bought its rival Schering-Plough Corp for US$41.1 billion in an attempt to cope with the unpredictability of drug development.

Playing With The Formula

The wrinkle-erasing Botox, that miracle injection that kept Hollywood forever young, is now being reformulated or used with complementary drugs and making its foray into the neurology and urology markets. The California-based drug maker Allergan is finding new uses for the Botox formula, focusing on clinical trials for its use to treat overactive bladders and premature ejaculation, says Dr. Jose.

The chemical Botulinum Toxin type A, more popularly known as Botox, is injected into muscles to weaken or paralyse them by blocking the connection between nerves and muscles. While this stops a frown line in its tracks, it also paralyses the sweat glands and the twitching muscles that a person with spasticity cannot control.

Treating muscle spasms with Botox requires up to 100 times the amount needed for wrinkles. The effects of one treatment can last anywhere from three to six months.

Each time a new use for Botox is approved by the FDA, Allergan gets to extend the protection of its patent that keeps away competition from developing cheaper alternatives.

Drug patents last 20 years from the time of discovery. This often means drug companies have some 10 years to pay for their discovery and start to earn money. Drugs lose 90% of their revenues once they lose the protection of their patent and generics get on the market.

When drug maker Eli Lilly could not get the FDA to approve its antidepressant Prozac for use on adolescents and children, it cost the company US$2 billion in revenue a year, says Dr. Jose.

She adds that sometimes these new uses or improvements are stumbled upon as the drug makers continue to monitor the efficacy of their product. In the case of Hytrin, a drug that has been around since 1987 to treat high blood pressure, it was discovered that the drug also helped patients urinate with greater ease. Now it is also being used to treat urinary obstruction from an enlarged prostrate.

Cheaper To Get Into Your Genes

Genetic mapping gained Hollywood-style notoriety when actress Angeline Jolie had a preventive double mastectomy after learning that she carries a hereditary mutated gene that sharply increases her risk of developing breast and ovarian cancer.

The mapping of probable genetic risk is no longer out-of-reach science fiction affordable only to the likes of the wealthy.

At the time Jolie did her genetic mapping, it cost about US$10,000. About a decade ago, it cost more than  $1 billion to sequence a human genome, a process that took months.

Now, the HiSeq X Ten sequencer developed by Illumina is designed to process 18,000 genomes a year at a cost of $1,000 each. The machine was launched at a JP Morgan Chase & Co. health-care conference in San Francisco early this year. The industry pegged this $1,000 price tag as the point that makes it available to the public.

Nadina Jose is a panelist in STORM’s event Keep It Going: The Next Big Thing in 2014. View more details of the event in Keep It Going 2014.