WITHIN the context of Porsche and the Panamera range, it is a shape that takes some getting used to.

But, seeing as how Porsche has matched engines to new body shapes so successfully over the years, the Panamera 4 Sport Turismo will continue along that path of acceptability.

The Panamera has already built for itself a strong following as a four-door sedan from the Stuttgart company. Those who had the means but not the fortitude to defy spouses and partners by getting a 911 or other two-door equivalents, could now fetch family and friends around with less guilt.

The latest version of the Panamera sedan has pushed the performance and aesthetics of the car to new levels of sophistication. The long wheelbase Executive model has ample legroom and will outperform many competitors in its class.

Now, with the Sport Turismo, you’re getting a bit more legroom, but that same sense of spirit and verve that has gotten into Porsche cars of late.

The Panamera Sport Turismo is the first Porsche with three rear seats. And it’s built to accommodate an appropriate amount of luggage for that long haul, to stretch its legs. It has a magnificent maw at the rear that will gobble up huge pieces of luggage for a road trip or a golf outing.

For those who are not inclined to be shoulder-to-shoulder in the back, a traditional 2+2 format can be delivered. 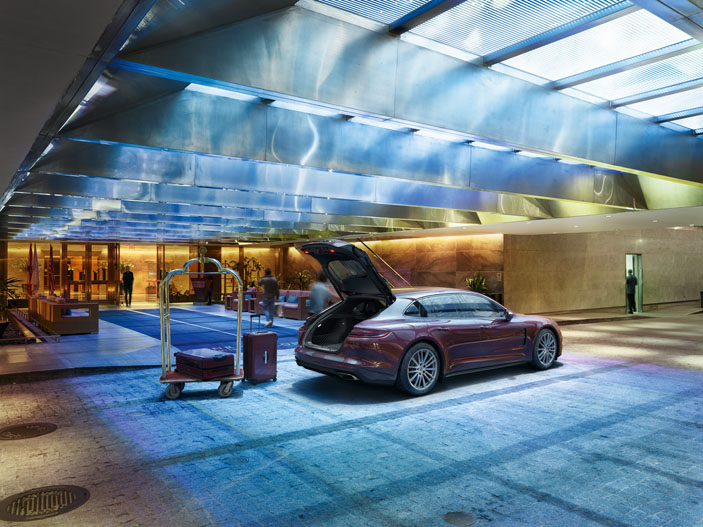 The V6 on the entry-level Panamera 4 Sport Turismo is refined yet powerful, delivered a well-balanced flow of juice to propel you as smoothly or as urgently as required ( 0-100kmh in 5.5 seconds). Smooth gear changes make it all seem so effortless.

Beyond speeds of 170kmh, the roof spoiler in the long vehicle pops out to enhance driving stability. Not something you’d see happening much on our roads, but which might be handy on a track day, when it can generate an additional 50kg of downward force on the rear axle.

Over 5m long and with a wheelbase just shy of 3m, the challenge was always to preserve that sense of power that Porsches have been endowed with and without compromising the ride.

The use of alloys helps to reduce the car’s weight while improving its torsional rigidity. Allowing you to include the largest panoramic roof if you so desire.

The side profile makes the length evident, with the sloping D pillars trying its best to create an optical illusion of a more compact presence. The variety of lateral lines on the rear aid this process — from the spoiler to the Porsche branding linking the 3D lights, the registration plate, the base of the boot and the twin exhausts.

Within its luxurious ambience, the Panamera 4 Sport Turismo echoes the digital definition of recent models. Touchscreens and customisable setups allow the driver to get the ideal configuration of seat positions and instrument displays.

The choice of a surround sound Bose (710 watts) or 3D Burmeister (1,455 watts) system to suit your preference is further enhanced by the optional rear-seat entertainment package for those who spend more time in the back.

When you turn on the engine, the air-con louvres flip open, doing the reverse when you power down. Rear seat passengers can customise their airspace via a display in the rear.

On the move, the Panamera 4 Sport Turismo is smooth and willing to do a lot more than most drivers are going to beg of it. Initially, lay drivers may find the surge in power a bit overwhelming, and the tendency would be to ease up. That’s just going to create an uncomfortable ride in city traffic. Best to leave the showboating shoes at home and ease into traffic.

Adaptive cruise control will also help to keep you from sniffing out the tail of the car in front.

But with a bit of room to play, the confidence of the Panamera 4 Sport Turismo is hugely evident. Never losing its composure, it picks the spot and delivers an unerring performance.

Loads of fun on a highway run, to deliver everyone in fine fettle for the activities at the end of the road.

For Lorne And Beyond 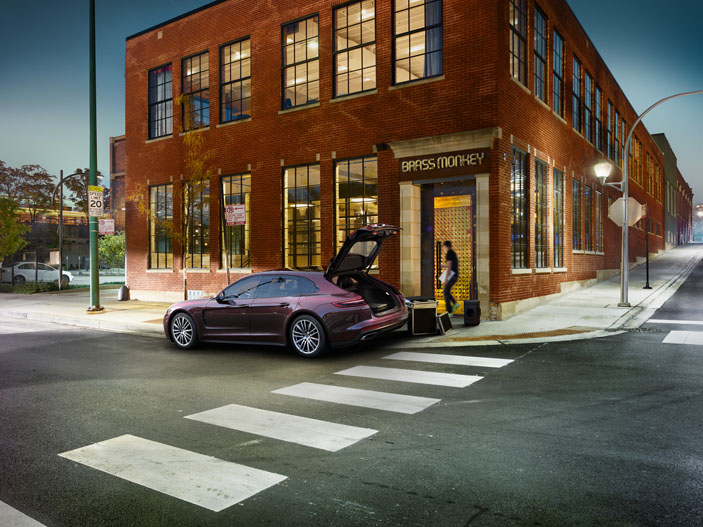 Get Active In This BMW Crossover