In bringing salad to the forefront of his business, Daniel Desbaillets has embarked upon a bold strategy of pulling out all the stops and planting the roots of his SaladStop! business in various countries. By Carla Gutierrez

We are in mid-conversation when a customer who’s obviously been listening in animatedly exclaims: “Excuse me sir, I have to say, I dropped 12 kg eating at SaladStop! everyday.”

Daniel Desbaillets is obviously pleased to hear this. It’s great validation for his business and its benefits to the community. When the idea of a food and beverage (F&B) concept was mooted, it was not another burger joint to add to the collective community’s waistlines, or yet another dessert place offering more sweet stuff. It was always about wholesome fare that doesn’t have to taste bad, either.

Desbaillets, a former hospitality man, was so convinced of the viability of SaladStop!, he roped in the rest of the family. It wasn’t that difficult a task since his wife and daughter are vegetarians. 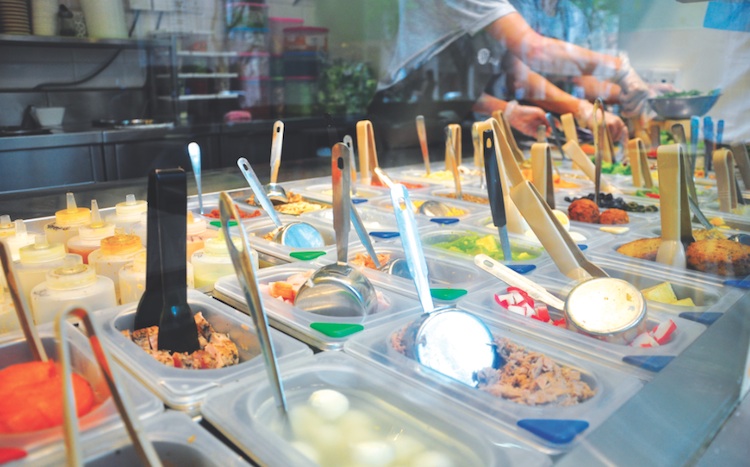 The thing is, while we’ve seen many salad outfits either stay small or exit after a while, SaladStop! has taken a more aggressive route in establishing its presence. It made its presence felt by opening four outlets from the get go in 2009, and since then have grown to 15 outlets in Singapore and have even expanded to Philippines (six outlets), Indonesia and Japan.

“We adopted an aggressive strategy, and signed leases for four outlets around the CBD area. We also try to open our outlets as close to gyms as possible to make most of the demographic in the area,” Desbaillets explains.

How is SaladStop! staying on top of trends? Read the full story on STORM V27, available at Allscript, MPH, and Kinokuniya.