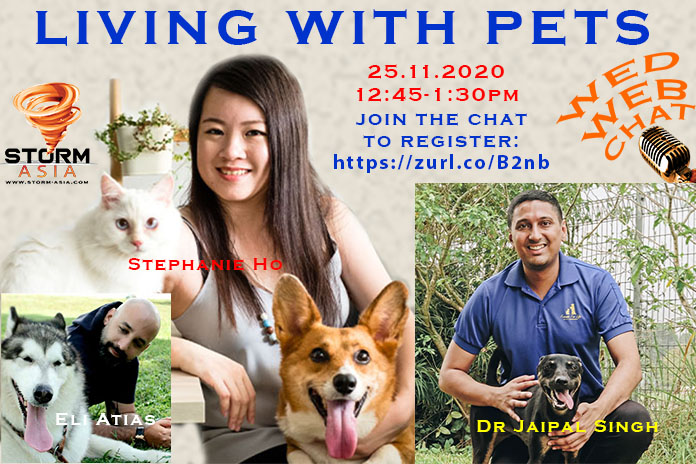 OUR desire for furry companionship continues unabated and the pet industry keeps barking up the right money tree.

The popularity of pets on social media may have played some part in the rising pet figures. COVID-19 constraints may also have resulted in more pets keeping people company at home. Having someone who will not talk back, and allowing you to complete your sentences, may also be another compelling reason to get a pet.

Lots of possible explanations, but why is there a rising demand for pets?

While they bring joy, there is also the added responsibility of life-time care, which, if not honoured, results in pets being abandoned. If you’re caught doing that, you risk a fine of $10,000 and/or 12 months in prison.

With pet lovers in parliament, they are at least getting due recognition for their place in society.

Except that cats are still not allowed in public housing because they roam and mark their territory, which comes across as rather lame reasons. Dogs bark and poop, and haven’t you got neighbours who scream and shout, play music and video games at full blast into the early hours of the morning?

This week’s WED WEB CHAT — Living With Pets brings together pet lovers from different areas of the industry.

Eli Atias has been training military and police dogs (K9) around the world for more than 20 years.

He developed the first integrated special operations K9 training module for counter-terrorism and explosives detection in Iraq and Afghanistan and some Asian armies. His skills have also taken him to South America and the Middle East.

He has just written a book, Yes You Can Train Your Dog, which helps dog owners understand their companions better.

Stephanie Ho may be better known by her moniker Muffinsaurs, the creator of cute animal inspired wall murals.

She has a dog and two cats.

Dr Jaipal Singh Gill is the Executive Director of the SPCA and has been involved in animal welfare for almost 20 years.

Jaipal believes that all sentient beings deserve protection, including often forgotten animals such as farm animals.

Join in with your pet peeves or pet points by registering for this Wednesday’s lunchtime WED WEB CHAT using this link: https://zurl.co/B2nb

You can watch previous WED WEB CHAT discussions on www.storm-asia.com.