IN A curious celebration, Volkswagen (VW) Group Singapore turned 10 and promptly announced that from April 1 (not a joke) it would be reporting to Porsche Holding Salzburg (PHS).

The palpable air of uncertainty that arises out of such organisational change was further intensified by the announcement that there would now be two managing directors — the incumbent, Ricky Tay and from PHS, Florian Steiner.

“There is nothing spectacular to expect from this set up,” said CEO of PHS, Alain Favey, who was also present for the announcement.

He added that by dividing the roles between the two MDs, things would move quicker, allowing for focus on specific areas. Steiner, who hails from Salzburg and has spent time in China, will look after IT, Finance and administrative matters, and human resources.

Tay, who has been the friendly face of VW, will be responsible for all other areas.

PHS is a 100% owned subsidiary of VW AG, and is the largest automotive distributor in Europe. Founded in 1947, it operates in 22 countries in Western, South-eastern Europe. As part of its Asian expansion, it entered China and Malaysia. 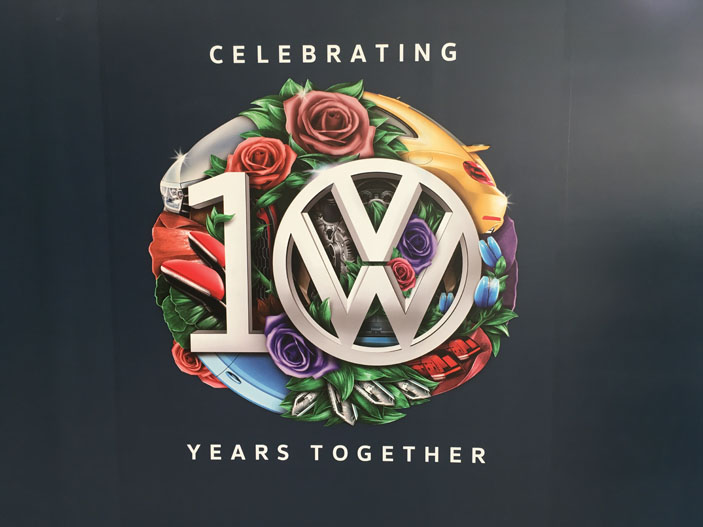 What’s In It for Customers?

Customers will be more interested in the five-year warranty programme that was introduced as part of the 10th anniversary.

For existing owners of VW cars there is an option to upgrade to the five-year warranty for a nominal fee, ranging from $3,400 to $4,200 depending on the age of the car and its mileage.

VW will still emphasise its customer-centric focus of late. This has helped it weather the recent global emission scandal that affected its reputation and standing.

In Singapore’s complicated market, with high taxes and limited numbers of Certificates of Entitlement, injecting fresh ideas may have beneficial outcomes for VW.

But, first, we’ll have to see how well a ship with two captains steers.