IN ITS ongoing spirit of reinvention, Rolls-Royce has embarked upon popular culture to showcase the relevance the brand has in a changing world.

The Goodwood, West Sussex-based brand, now owned by BMW, has called upon stars of a certain vintage to lend their presence to a couple of projects.

Rolls-Royce will sound its horn in a series of short films which will showcase the brand’s reputation. The first of the films, The Spirit Of Ecstasy is narrated by Academy Award winner and West Sussex native, Kate Winslet. 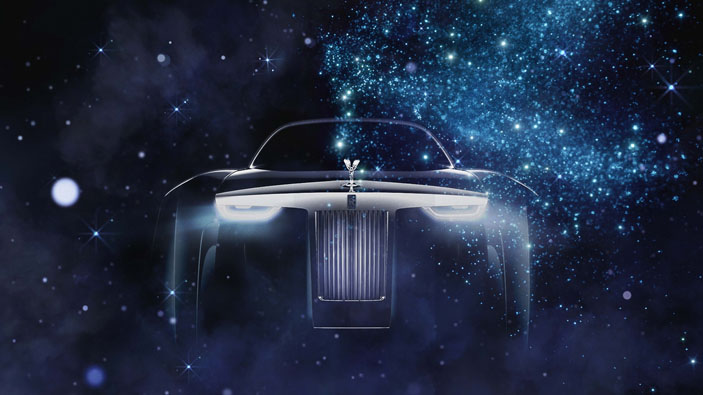 Nothing very new to tell here, since the Rolls-Royce history is well documented. Winslet, who’s been on the bow of the Titanic should relish the notion of being a hood ornament yet again, this time as the voice behind The Spirit Of Ecstasy. Cue that familiar icy music….

Speaking of which, as part of its Inspired By British Music series of Wraith cars, Roger Daltrey, lead singer of rock band The Who, was so taken by this project, he’s committed to commissioning two of the nine cars.

The first will feature the band’s ‘bullseye’ logo and a laser-etched depiction of Daltrey’s famous microphone swing to the car’s door-flights.

The second car will be a tribute to the Tommy album, famed for its hit Pinball Wizard and for rejuvenating The Who’s career. The album’s sleeve design will serve as the inspiration for this car, which should be a collector’s item once it’s been auctioned for the Teenage Cancer Trust in April 2017.

It will be interesting to see who Rolls-Royce engages for the subsequent commissions and how the free-spirited characters of music bring their ideas to bear on a brand steeped in heritage and tradition.

There will be some hits and misses in Rolls-Royce’s onward journey in a world that is redefining the relevance and interpretation of luxury. But it will certainly be a learning journey.

See also  Future Mobility — Easier To Fly To The Moon