WHATEVER the reason  may be for Taiwanese chef Andre Chiang leaving Singapore, it begs further questions about our food scene.

Is Singapore’s foodie culture enough to keep chefs engaged and involved in developing and experimenting new cuisines and styles? Would a deeper cooking culture be more relevant in building a base of followers who could add value to the process, instead of just scoffing it down and nodding their heads in appreciation while keeping a lookout for what’s next on the horizon?

A galaxy of stars would not bring a sparkle in this instance. Word is Andre’s unhappiness at not being duly recognised may have had a part to play in his decision to leave, and to return the Michelin stars.

But, frankly, the stars are a mere gimmick, which takes away from the food and trains the spotlight on a guide.

As a nation of foodies, the natural inclination is to follow the trends. Salted eggs now, truffles next, rendang following that. It’s a constantly moving target.

For Andre, it’s been about creating his own styles, but it’s hard to escape the flavours of the moment. They lick your mind and the aromas float through the subliminal spaces.

From Jaan to his own kitchen, he probably felt pressurised to keep on developing new concepts — like Octo-philosophy — in a market being pumped up and hyped to perform.

That can be tiring, and sometimes it’s better to be the big fish in a small pond.

In constantly creating, the waters are constantly churning, make it difficult to build a base.

Do Not Lose Touch With Money

Lessons For Doing Business In China

Is The Scene Ready?

The other question is whether the Singapore scene is really all it’s cracked up to be.

Like many things we do here, it’s about parachuting in talent. And the mistakes of that thinking are evident in trains that cannot swim after a heavy downpour, NOL losing steam and being sold off, and many in high office struggling to make sense of a dynamic world and its impact on Singapore’s future requirements.

In that process, we have very quickly bought our way into the role of a 5-star hub with celebrities enticed to wield their diddles and spatulas here. A decade on, and the novelty of that trick could be wearing thin. It’s a formula that can be repeated elsewhere with money.

Some have exited the scene, others may follow suit. They are, after all, businessmen who will follow the smell of money if it comes down to that. 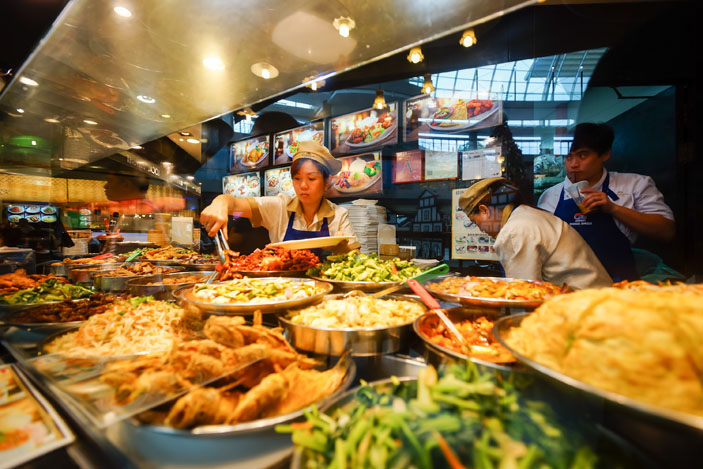 And meanwhile, our star hawkers are dying off and they aren’t being replaced in adequate numbers. No matter how many stars you confer upon them, their progeny are going to think several times about working in a hot, sweaty environment like a one-man conveyor belt serving up the goods day in and night out to make the rent before taking public transport back home to their government flats.

However, there will be many a well-to-do kid who, having grown weary of the corporate mill after a few months, will be happy to put Mommy-Daddy’s retirement money to “food” use. A cafe or a restaurant will pop up, owned by infants without the pedigree, passion or perseverance to weather the challenges of a fickle and cruel audience.

Not to mention predatory landlords and light-eared patrons who will, on a whim, go elsewhere. The phenomenon of short attention spans we are witnessing is also happening in the food industry — from the quick career changes of business owners to customers who grow bored quickly, or are constantly looking for the next thing they can upload on Instagram.

Singapore’s economy continues to search for new avenues to redefine itself. Our food traditions can be built upon, and new levels evolved, with deep roots built on richer platforms that can serve to nurture and bloom careers rather than be instant trees that topple after a heavy shower.

Maybe it’s time to look at what we have rather than what we want. Yes it’s hot in the kitchen. But nothing worthwhile was ever built without sweat and tears.