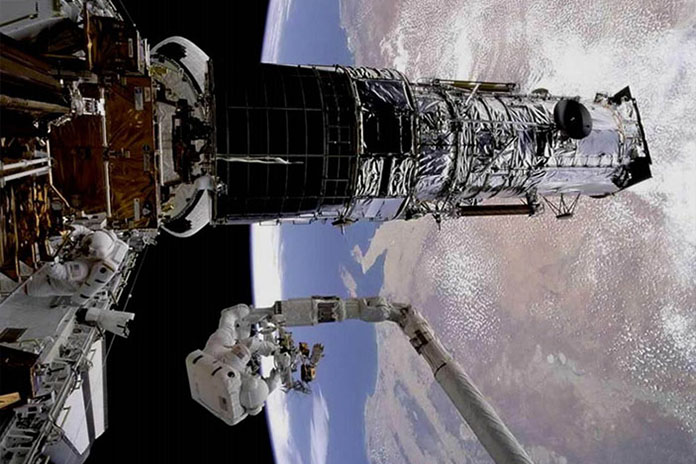 WITH his head way above the clouds, Claude Nicollier has flown the Swiss flag in space. The veteran astronaut has applied himself to a life in pursuit of answers to what lies out there.

Space may be the final frontier, but space is also what traps us on Earth.

For all the missions to the Moon, the satellites that orbit the planet, and the investigative probes sent out, the harsh reality is it is an unforgiving environment, where the smallest mistake could be lethal, and mankind trying to live out there is still highly unlikely.

That doesn’t stop the folks on the blue marble from trying; be it for the quest for new sources of plunder, to test the limits of human ingenuity or for pure political one-upmanship.

In recalling his experiences, Swiss astronaut Claude Nicollier commented on “the irritation of the the Americans when in April 1961, Russian cosmonaut Yuri Gagarin became the first human in outer space”.

In that Cold War climate on Earth, Alan Shepard flew the American flag in cold outer space a month later. Since 1993, as relations thawed, the US and Russia worked on several joint programmes.

The Reality Of Space

Nicollier has been on four space shuttle flights and spent more than 1,000 hours in space in the 1990s. His final mission, in 1999, included an eight-hour space walk.

The only Swiss astronaut to be inducted into the elite International Space Hall Of Fame fraternity of 154 individuals and one team who have contributed to man’s quest for space, he is Swiss precision in action. Data flows as a natural part of Nicollier’s speech, offering a clear idea of what it’s like out there. But he also has a wry wit about him that makes him a captivating speaker.

I Hear And Listen To … The Silence

3 Key Commitments Of The Dalai Lama

“In space, you see how shallow life on Earth really is. A few kilometres out, and there’s no air, you’re in a hostile environment with no gravity and filled with harmful ultraviolet rays.”

Not even a speck in the heavens, at 559km from Earth fixing the Hubble Space Telescope, Nicollier is ‘floating’ at 8km per second.

“It’s just physics. That’s the speed you need to be at,” he states, as a matter of fact. “In 8.5 minutes you’re in a low-earth orbit. You shut down the engine and you are up there in silence. You go around the earth in 90 minutes.” 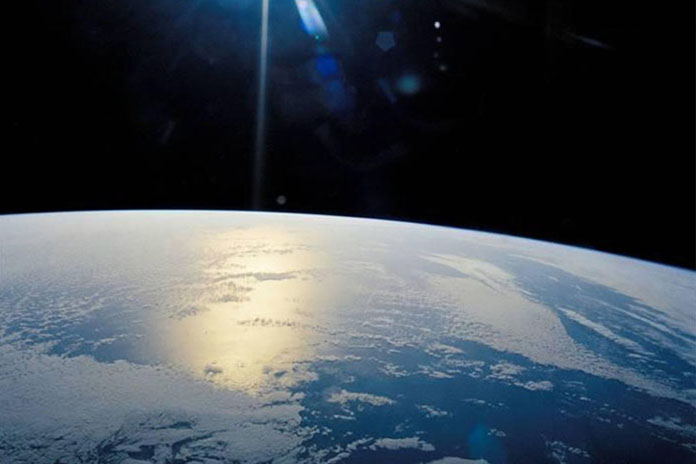 At that speed, in a 24-hour period, he whizzes past the Earth around 16 times, watching it turn dizzyingly from day to night and back again. It’s all very unsettling, so the astronauts stick to a 24-hour cycle, as they would on Earth, working for half that time, grabbing some rest time and sleeping for seven hours.

Having been through the cycles a few times, Nicollier reckons “the days are too long on Earth, and there’s too much gravity”.

He clearly liked being in the air, and accepted a Fellowship at the European Space Agency (ESA) in 1976. In 1978, he was selected as a member of the first group of European astronauts, joining the NASA astronaut candidates for training as a mission specialist. He graduated as a test pilot in 1988.

“Space allows us to study ourselves,” Nicollier observes. “It’s interesting to watch the adaptation capability of the human body. Bones dissolve when there’s no gravity. You suffer muscle atrophy. Space wants to transform you into a jellyfish.”

To ensure they are able to come back to Earth in a functioning form, astronauts on long-term stints in outer space exercise two hours daily.

“If you spend 10 days in space, the blood pressure increases, the eyes become inflated and that affects your vision.” That is a downside that hasn’t been resolved.

“When you are out there, you are focused on the tasks at hand. You have an objective. If you’re five minutes off your schedule, a lot of people get very nervous.

“There’s not much time to look at the view.”

Which puts a spanner into George Clooney’s earth-gazing in the award-winning Alfonso Cuaron film, Gravity (2013). Nicollier commends the film on its special effects but shakes his head at the creative licence that “defies the laws of physics and satellite positioning”.

There were many parts that were accurate, like things going in different directions once you unclench them. “You try turning a bolt and you wind up turning around instead.”

To get the hang of working in space, Nicollier trained underwater, pretty much like how Gravity was filmed. “Being in space is exactly like being underwater, except there is no more water, bubbles or divers. And there’s a nicer view, if you can catch it. You don’t need a firm grip. You don’t push.

“If your safety latch isn’t well connected you will be a totally useless satellite.”

The lessons from being in space are numerous.

The practical uses of being in space include the launching of communication satellites, precise navigation by Global Positioning System (GPS) that we take for granted these days, and weather observation.

There is the desire to explore other worlds, hence the space probes that have been sent into deep space, to provide precise pictures of the universe.

The Earth’s atmosphere distorts the image of space, so the telescopes need to be placed beyond this ring of interference.

Nicollier draws parallels between his space journey and being effective on Earth.

“You must have well-defined goals with clear priorities. Teamwork is essential and there has to be strict operational discipline. You always have to be prepared for the unexpected. And you have to train, train train.”

See also  Mi, My Watch And I