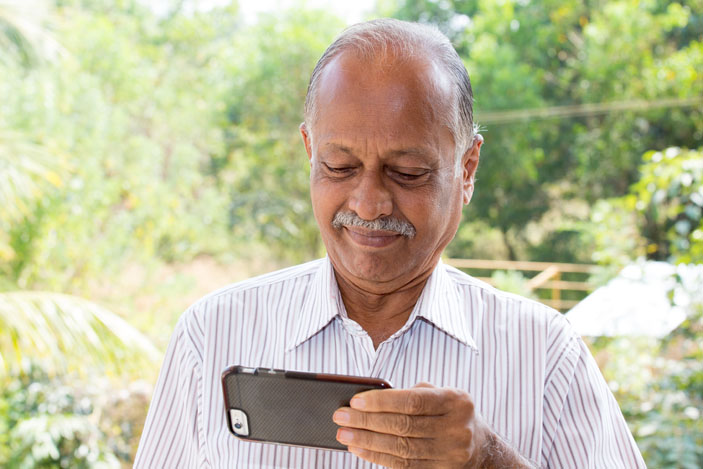 The Sydney-based telco announced this week that it will be targeting senior citizens aged 65 years and above when it launches its first mobile service in Singapore.

TPG said its mobile plan for seniors will include a SIM card, 3GB of monthly data and unlimited calls to local mobiles at no charge for the first 24 months.

After TPG’s announcement, UOB Kay Hian promptly downgraded its recommendations on two of TPG’s three competitors in Singapore, M1 and StarHub, to Sell. It said that the introduction of free mobile services by TPG, expected from the second half of this year, will intensify price competition.

However, the brokerage maintained its Buy recommendation on SingTel saying the latter’s geographic diversification provides a “defensive shelter”.

It should be noted that TPG has a reputation in Australia for disrupting the telecom market. It began offering internet services in the country in the early 2000s. It has three competitors in the mobile space over there too, namely Telstra, Optus and Vodafone.

TPG is known to be a low-cost, low-price operator that will put pressure on the margins of its competitors if it can get foothold on the market. It is preparing to roll out mobile services both in Australia and Singapore.

TPG’s gambit in Singapore suggests it has solid insights into the city-state’s socio-economic profile, and it has been closely following the government’s ongoing initiatives to address the country’s aging dynamic. The firm said that its planned mobile service in Singapore is aimed at encouraging the elderly to “get more out of their mobile” by surfing the Web, using apps like WhatsApp and WeChat, and navigating map apps. The firm also said that this is part of its commitment to contribute to Singapore’s Smart Nation initiative.

Against this demographic backdrop, Deputy Prime Minister Tharman Shanmugaratnam said in January that the big challenges that Singapore faces are slowing social mobility and aging. “They will be with us for a long while. They are not one-off challenges, not challenges for 10 or 15 years. They are challenges for decades to come,” he was quoted as saying by The Straits Times.

By offering the elderly free internet access, TPG shows it is cognisant of the aging problems in Singapore as well as its need to improve social mobility.

For Lorne And Beyond

Letting The Gini Out Of The Bottle

Further, one of the main areas of concern in Singapore is income inequality. The Gini coefficient of the city-state remains one of the highest among developed countries. Observers say that this can lead to turbulence within a society if it is not addressed. We are already seeing cracks in Singapore’s social landscape due to income inequality, exacerbated by the recent news that the goods and services tax (GST) will be raised further in the future.

Having access to the internet is considered to be an important factor in helping to ameliorate the situation. In fact, the inventor of the world wide web, Sir Tim Berners-Lee recently wrote in an open letter to mark the 29th anniversary of his invention that “to be offline today is to be excluded from opportunities to learn and earn, to access valuable services, and to participate in democratic debate.”

In 2016, the United Nations declared that it considered internet access to be a basic human right. Thus, there are several external factors that dovetail neatly into TPG’s company-specific strategic move in Singapore.

Now, while the Singapore government may not be too keen about the democratic debate that the internet can provide access to as mentioned by Berners-Lee, it will welcome moves by TPG to relieve the burden of having to potentially subsidise mobile services that provide internet access to the elderly.

Singaporeans are only too aware, based on recent paltry budget hand outs, about the government’s tight purse strings when it comes to spending directly on the people.

While it may seem strange that a listed Australian company like TPG knows that it can leverage on this to gain traction in the Singapore market, on further inspection of the company, the reason is clearer.

The man who built TPG from a computer store in Sydney is a Malaysian, David Teoh. Now known in Australia as a reclusive billionaire who avoids having his photo taken in public, Teoh is likely crafty and knowledgeable enough about Singapore to know what makes it and the government tick.

As such, TPG’s pending rollout of mobile services in Singapore will be closely watched. It could create a price war in mobile services on the island which will be good for consumers, though not the telco incumbents.

Once its mobile services rollout is proven to be robust, TPG will probably introduce more moves to win market share. The next age group it could potentially target is the youth market. Parents paying for their kids’ mobile phone bills will look forward to this possibility