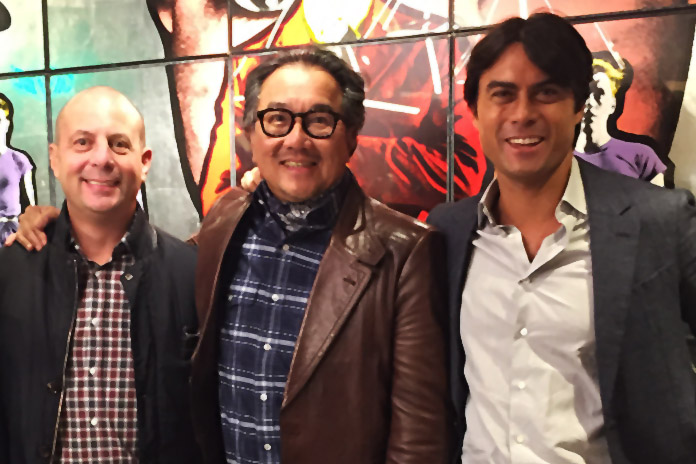 THE HOBBY of watch collecting has grown stale.

There must be millions of watches lying in drawers, when they could be keeping the hobby ticking along nicely. While a few key models by Rolex, F.P. Journe or Patek Philippe will stand the test of time, most wind up neglected or just forgotten.

But that’s going to change in a big way, reckons the three founders of WatchBox, which is investing US$100 million in private equity to buy secondhand watches and market them on its digital platform.

These men of watches aim to coax all the old timepieces out of their dark drawers and back onto the market and the wrists of new owners.

Set up in 2017 by the three friends — Tay Liam Wee, Danny Govberg  and Justin Reis — WatchBox is headquartered in Philadelphia, with offices in Hong Kong, Switzerland, South Africa, Dubai and Singapore.

“For every new watch sold, there must be hundreds in drawers,” reckons Justin, whose background in private equity investing in Asia provided insights into the behaviour of the wealthy, and their interest in tech-enabled luxury e-commerce. 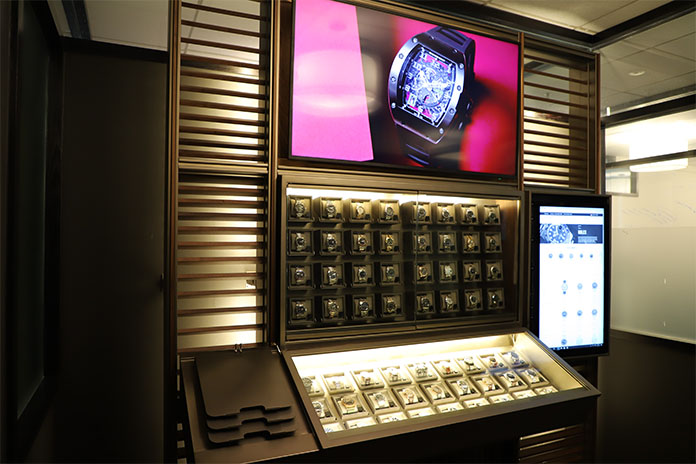 WatchBox will buy preowned watches, get them as close as possible to mint condition and put them back onto the market. The WatchBox app lets you look at what’s available, watch informative videos about the various timepieces, get an estimate for a watch you might want to sell, and let you book a timepiece, which will be brought to you within 48 hours.

“We address the pain points of the watch industry and make it an enjoyable experience rather than just a transactional experience,” Justin adds.

Liam Wee and Danny come from a tradition of luxury retailing. Liam Wee headed Sincere Watch before selling the family business, while Danny is still involved in fourth-generation Govberg jewellers in Philadelphia.

Their expansive experience in the industry allowed them to spot the opportunity to bring the secondhand market to a level that took away some of the uncertainty of dealing with merchants of dubious repute.

“Shops you bought your new watch will never take them back or sell them,” Danny points out. “They send you to the grey market instead. That went on for a while, until the grey market players started selling new watches.

“And now, the grey market is underpinning the watch market.”

Danny adds that manufacturers have been reluctant to involve distributors and retailers in the secondary market. But he draws parallels with other sectors with luxury products where this has helped develop several layers of activity within a thriving eco-system.

“Auction houses, galleries, hedge funds and museums  are in cahoots to protect the artist and the art. Everybody is aligned.

“In the car industry, manufacturers and distributors trade in old cars for new.

“Only in the watch industry are customers always encouraged to buy new. The customer has very little choice,” Danny adds.

Michael Tay, Group Managing Director of The Hour Glass, which recently celebrated its 40th anniversary, says he is “happy to have one of my guys look at it”. And perhaps this could be a sign of a change in attitude that could set the new revolution for old watches in motion.

Danny is convinced it’s a matter of time before the big boys of retail will team up with WatchBox. WatchBox has recently entered into a joint venture with Ahmed Seddiqi & Sons in the Middle East.

“Now that the manufacturers and primary guys are taking notice, 25 years’ worth of watches that have been stuffed in drawers are going to come out,” Danny says.

“The Hour Glass and Cortina are two of the best brands around in the region, and they have super bright people. Right now they are in the right place and the right time. They don’t need to be the first to the race. But when they come in, they’ll be big. WatchBox will end up partnering one of them,” he believes.

“It’s going to be a revolutionary change; a volcano about to erupt.”

Danny likens the expected explosion to the impact shale oil had on the oil industry. “That was possible due to technology, which allowed the US to tap into oil that was otherwise not easily accessible.

Ultimately, WatchBox is a beneficiary of technology; a play that could wind up creating an extension of the watch industry. Long viewed as an old world business, it allows collectors to continue the hobby and keep the interest going for a longer time. And the constant transactions keep the secondary market churning.

Most of the customers are aged between 35 and 55 and are predominantly male. But the app has also showed trends emerging, thanks to the benefits of data analysis.

In the US, a younger group of owners from varied professions is emerging as watch collectors, usually following what celebrities sport on their wrists.

“The creep of young Millennials entering this sector is due to the fact that most watches have their own personal story that the customers are happy to share these stories,” Danny explains.

“It used to be that education took place at the stores, but now it begins online. The journey of the purchase begins in homes instead of the store. And the trading will take place within the larger community.”

This is one digital revolution the watch collectors wouldn’t mind taking place.

See also  A Watch For The Global Man