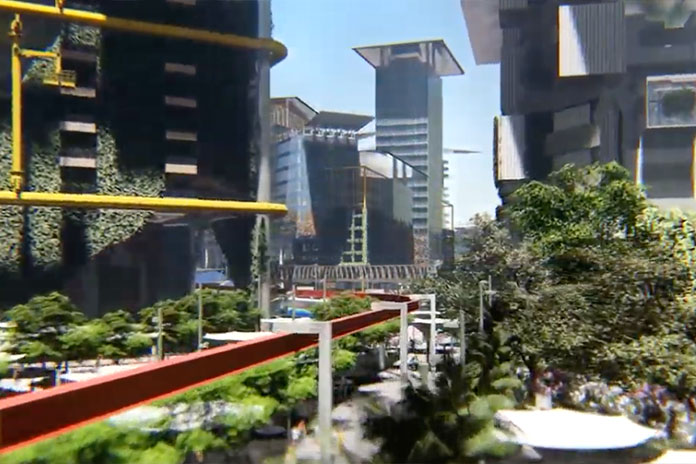 THE URBAN landscape should be viewed as a living organism rather than just an efficient mechanism.

This idea was strongly recommended by Adj. Prof Tay Kheng Soon, 30 years ago.

Prof Tay was President of the Singapore Institute of Architects from 1991 to 1993. During that time, the Institute was assigned 5 of the 55 Development Guide Plans prepared by the Urban Renewal Authority to shape Singapore’s urban landscape.

Encouraged and inspired by then Minister of National Development, S. Dhanabalan, the Institute developed the 3D Planning approach which stacked the services vertically, as opposed to the spread out nature of 2D planning that Singapore adopted.

While 3D Design wasn’t adopted in its entirety, elements of it have been incorporated, for example the vertical gardens that have been showing up in public spaces.

But a recent conversation Prof Tay had with current National Development Minister Lawrence Wong may see 3D planning having a greater influence in Singapore’s urban landscape.

“I don’t see it being adopted on a massive scale, but it could likely be done as localised projects in the Great Southern Waterfront or the Paya Lebar Airport.

“Within the next three to five years, we could see the 3D planning of the island?” he suggests, hopefully.

With the 99-year lease on approximately 10% of HDB flats running out in 50 years, the idea of 3D planning could take firmer hold, escalating the value of private-public participation in the process.

“We could start with one HDB estate, and build on that, with the whole island linked together like a brain.” 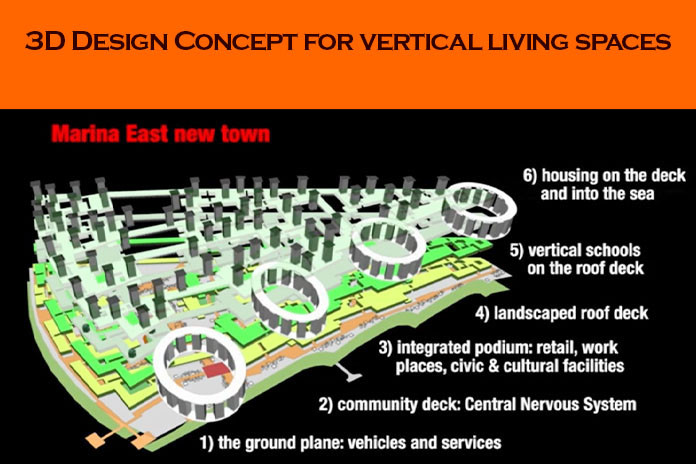 With 3D planning, stacking of facilities and services will help to thread commercial and civic services, with education and landscaping.

In the current 2D planning methodology, schools are in quiet places on the edge of town.

“It’s a monastic concept, but for the 21st century, students should be both book and life smart. Schools should be moved to the central nervous system. The brain power of the community is the school,” Prof Tay emphasises.

In the larger scheme of things, Prof Tay likens Singapore to Boston, USA.

“Boston has 35 universities and many research and higher education institutions. It attracts the best and brightest of the world.

“If we can attract 1 million smart people living and learning together with our kids it will generate enormous cashflow and create jobs. And we can integrate new technologies into the system.

“We cannot beat the low cost of production in the region, but the ideas we generate can be invested into the region.

“We should use the region as our developmental partner. The friendships formed will become the natural basis of collaboration.”

To mark the 30th anniversary of the conceptualisation of 3D Design, Prof Tay launched a video of the process, which you can watch here.