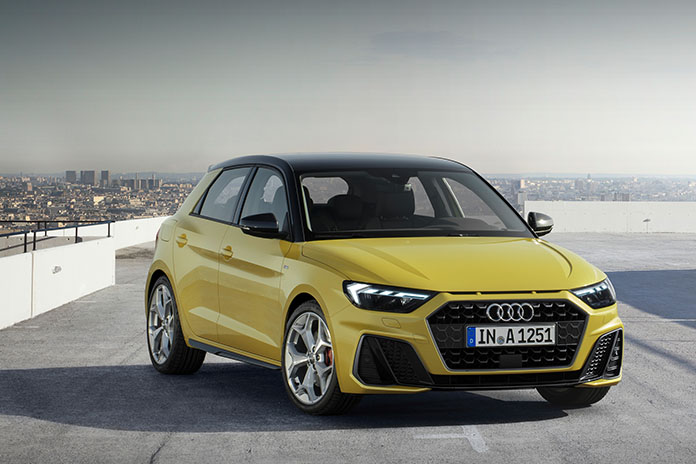 IF SMALL is your thing, for whatever reason you harbour, you’ll like what the Audi A1 Sportback represents.

Here’s the ongoing interpretation of the brand to demure proportions, but not willing to totally forego its hold on all the bells and whistles that have been engineered into cars these days.

When it was first released in 2010, the A1 was rounder and smaller. Now, it’s got more angles on it and is a bit longer, allowing for more comfort in the cabin. Slits on the bonnet and other design elements give it a busy bustle that distracts from the fact that when it’s up against its bigger brethren, the A1 Sportback is a dwarf.

Only the python yellow skin on the test drive car gave it an eye-popping chance to stand out. And that’s something to bear in mind when selecting the colour of your car.

Where less is more, colour is more visible.

That thinking flows into the car, where you have a palette of 30 colours to choose from for the cabin highlights. The exterior colours have also been brought into the cabin, with the intention of lightening the mood. Some may think it a bit much. 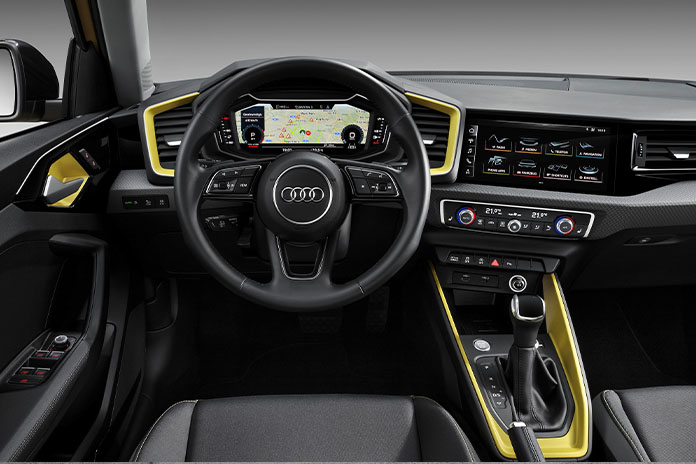 Given its low position in the Audi hierarchy, the A1 Sportback is surprisingly well endowed. It has folding wing mirrors, a virtual cockpit that sits in an angular binnacle, and a touchscreen with the Audi MMI smartphone interface that is flush with the dashboard, rather than sticking out of it. Snaking around this is snakeskin-textured plastic that flows across the dash.

Many of the connected features are accessible via the steering wheel multifunction buttons. And you can customise your touchscreen to get to what you need to fast. Apple CarPlay and Android Auto are by wire, for which there are two types of USB interfaces. 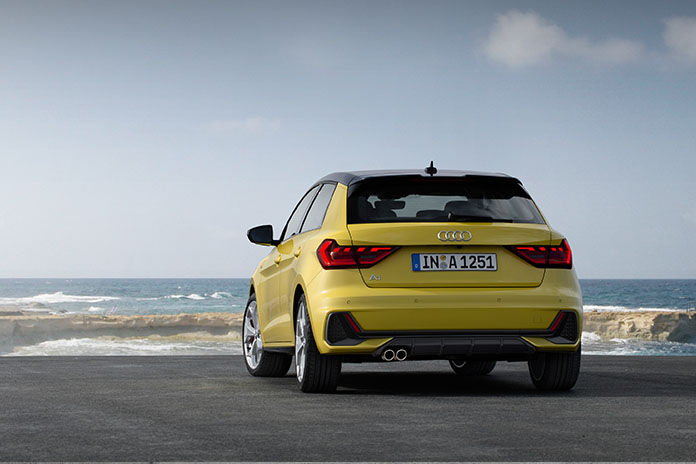 But for all its technological wizardry, I would have happily traded some of them for keyless entry — you still have to fish the fob out and un/lock the car, and use it to start the engine — and electric seats. As it’s likely you might be sharing the car, turning that knob to adjust the degree of seat recline and pumping the lever to adjust the height can become annoying when it becomes a ritual.

Cranking the key and setting forth is functional rather than memorable. The 3-cylinder engine’s activities are out of earshot with the windows up, and the music on, as it takes a gradual 9.4 seconds to get to 100kmh.

Given its diminutive size, it’s good for navigating tight spaces as it makes light work of gliding about. Only in Dynamic drive mode with the gear shift in Sport does the A1 Sportback display some enthusiasm.

I can’t help but feel the Audi A1 Sportback might be a more enjoyable proposition with a manual transmission.

If you like a small car, to be in step with the global narrative, you may find the Audi A1 Sportback a sweet number for the city. 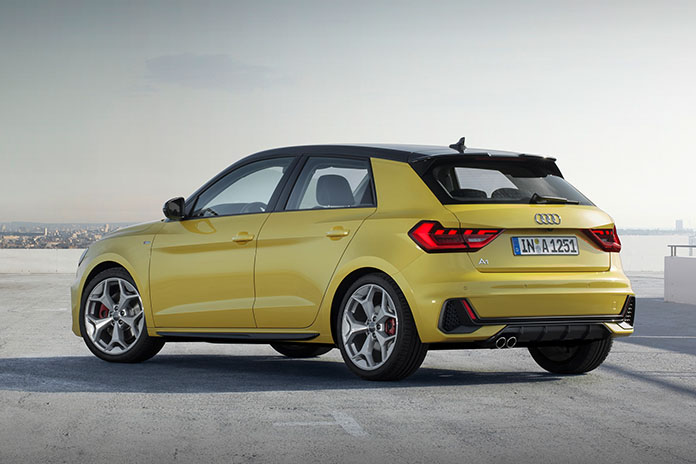