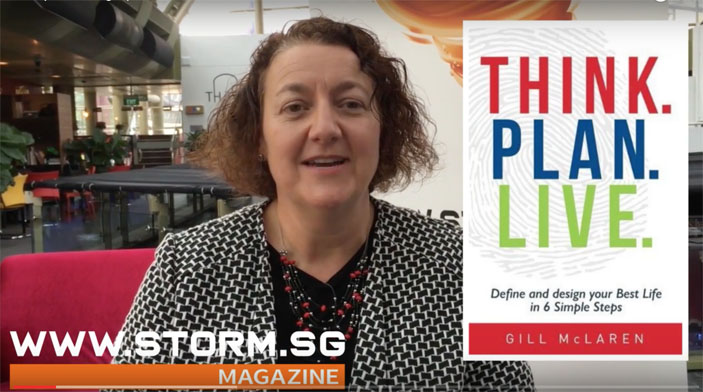 IT WAS 1880 when Scottish surgeon Dr Henry Faulds discovered that fingerprints could be handy for identification purposes.

Building on this, Francis Galton published a book on the forensic science of fingerprints, claiming that the chances of two people having the same prints were about one in 64 million.

Life As Unique As A Fingerprint

Gill McLaren’s book Think. Plan. Live. (thinkplanlive.com) reminds the reader that each person’s life is like their set of fingerprints — unique to themselves.

A workbook on how to get the most out of your life, it brings together McLaren’s experiences working at Coca-Cola and other corporations for three decades, before founding Syntegrate, where she is the principal executive coach.

The idea of Think. Plan. Live. was 10 years in its evolution. Addressing issues of dysfunctional life and career paths, it helps the reader refocus on what matters.

While it all sounds very new age and out there, just bear in mind that when Dr Faulds raised the notion of the uniqueness of fingerprints to the police, he didn’t get very far initially.

Watch what McLaren has to say about the 6 steps that could help you realign your life.

3 Things To Consider Before Turning Pro

So You Want To Be Successful