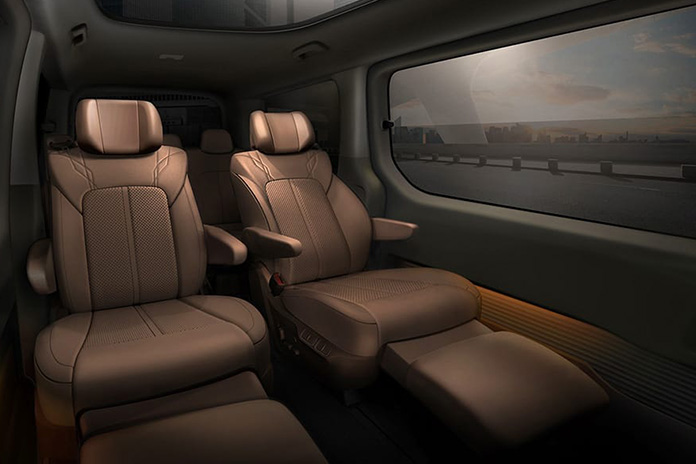 SINCE you’ll be draining large amounts of money from your bank account for a new car in Singapore, you might as well get as much bang for your buck as you possibly can.

Forget the snazzy sports car — electric motor or internal combustion engine — or the bland sedan. And don’t bother with the crossover or the SUV.

Head for the people mover; the MPV; the minivan! 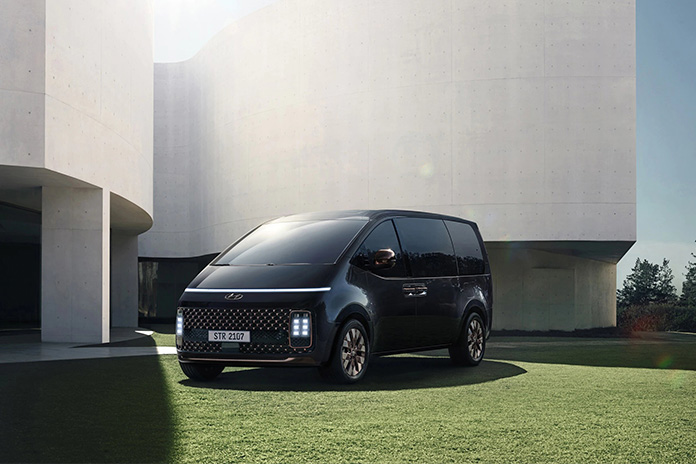 But one with presence and style; and enough of a mysterious look about it to arouse curiosity in the viewer.

The Hyundai Staria certainly has that presence, and a price tag to match, at close to *$275,000. In black, it’s a small mountain of dark metal and glass lurking in a corner lot. But for all that menacing presence, it’s also pretty seductive with its clean sheet form. 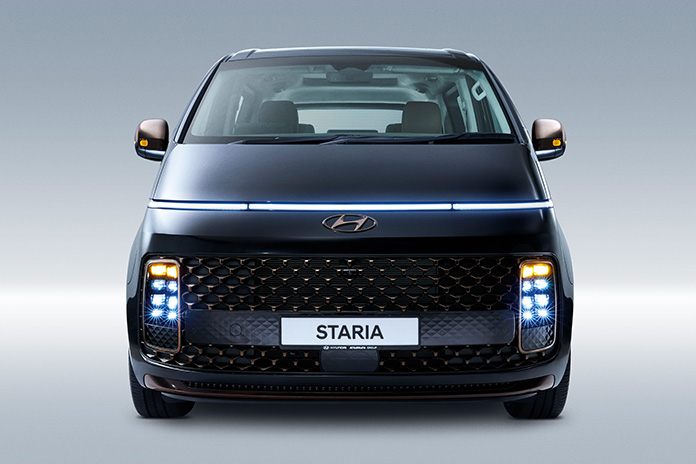 The sloping front slides down to a band of light and a patterned grille with banks of lights on either side.

In contrast the flat back has a massive door with yet more lights on either side. You could light up a stadium with all those lights. 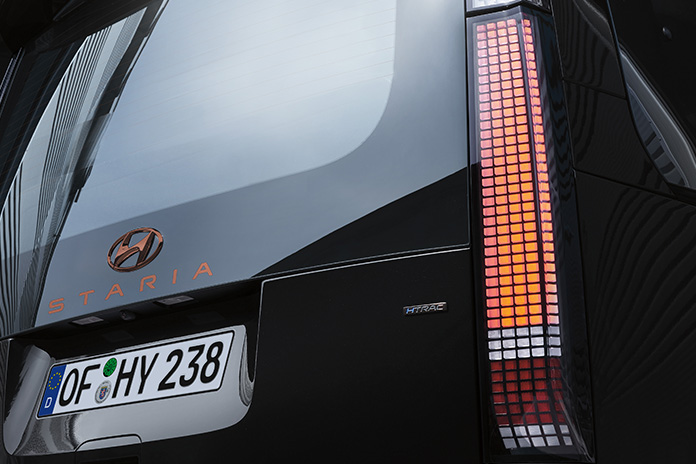 The glass and metal divide the DustBuster side profile, with sliding doors leading you into the cavernous back where five sit, no…lounge, in comfort. The two seats in the middle are equipped to recline, massage and pamper occupants. Great for a long ride or to catch a few zzzs between appointments. Or just gaze up to the heavens if you open the sunroof. 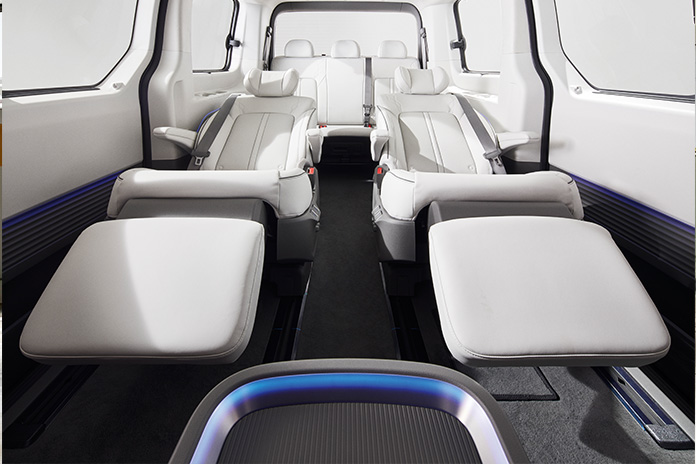 The comfortable sofa seats are accommodating, and while the passenger area is not loaded with too many features other than some USB slots, you can see the potential to do this up into a party bus!

The cockpit of the Staria is designed to resemble what Hyundai thinks a spacecraft looks like. 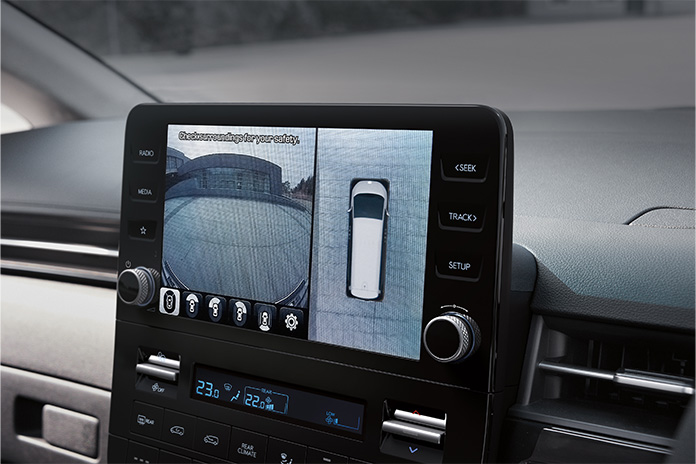 There’s a large centre console with the Staria branding glowing in anticipation of a warp speed take off. Well that’s science-fiction, and so is the notion of sudden speed from this 2.2-ton beast even if it’s equipped with a 3.5-litre V6 engine. 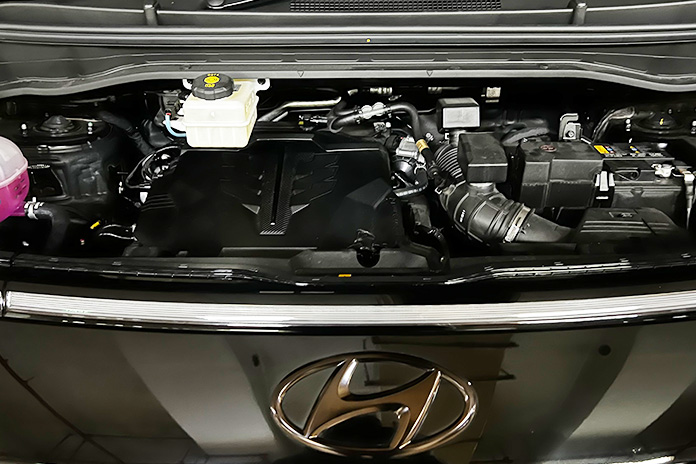 The most it can muster with its 8-speed automatic transmission, running full tilt on its 18” wheels is a 0-100kmh sprint in just under 9 seconds. Mind you with all that metal bearing down on you, and with that unusual facade, it can still be quite a daunting sight in a rearview mirror.

The high seating position in the Staria does provide you with a starship captain’s perspective of the road ahead. But it does make you cross your fingers when you’re entering a car park, with its 2-metre height. 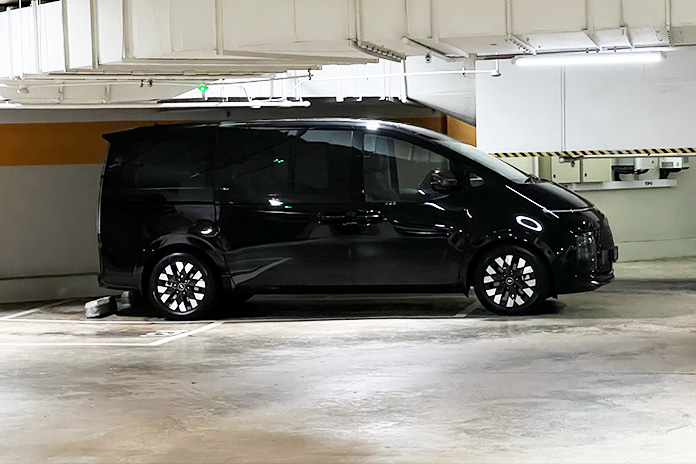 And navigating tight turns in car parks will demand full concentration as you squeeze into passageways that seem way too small for a pachyderm on wheels.

Generally, on the open road, the Staria offers a comfortable ride. The drive is quite smooth, though you do have to be mindful of the bulk and length of the vehicle.

Like most modern vehicles, the Staria is packed with useful features meant to assist the driver by way of warning sounds and evasive action. 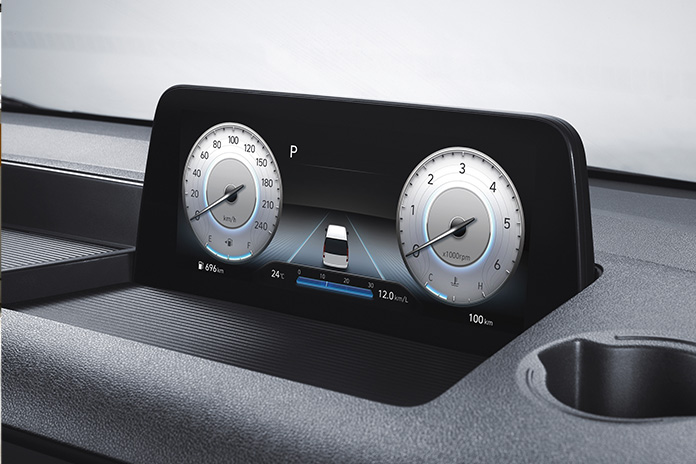 But here’s a neat feature. When you flick the indicator, the appropriate dial feeds a live image of the road, in the direction you wish to turn. Try not to be too distracted by what you see.

A larger panel in the centre of this almost 2-metre broad vehicle has the infotainment controls, all a bit of a stretch for the driver. In the midst of all the buttons and displays is the drive mode selector, which, if you wish to change to sport mode on the move, would mean poking around with some difficulty. 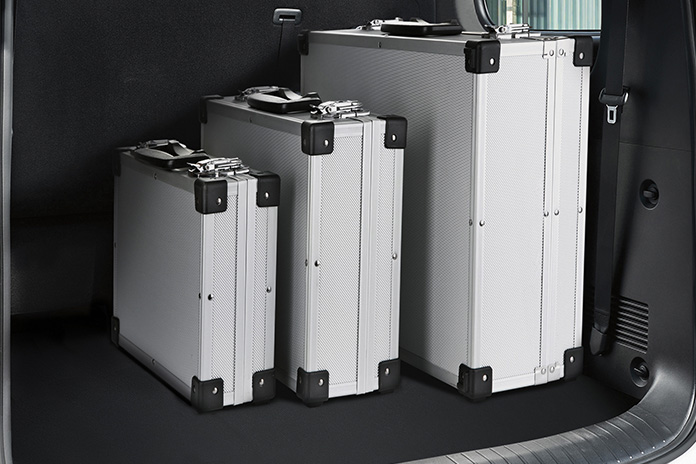 If you’re not a demanding driver, then, all you need do is press D or R and you’re on your way. Paddle shifters let you hunt for the right gear, while many of the frequently used features — cruise control, sound volume control and track selection — are on the multi-function steering wheel.

Storage spaces abound with cavities in the dashboard and the deep centre console which has a lid that tends to slide back when you accelerate. And there are cup holders in abundance.

If you like to announce your presence in the driveway, the Staria does it well. 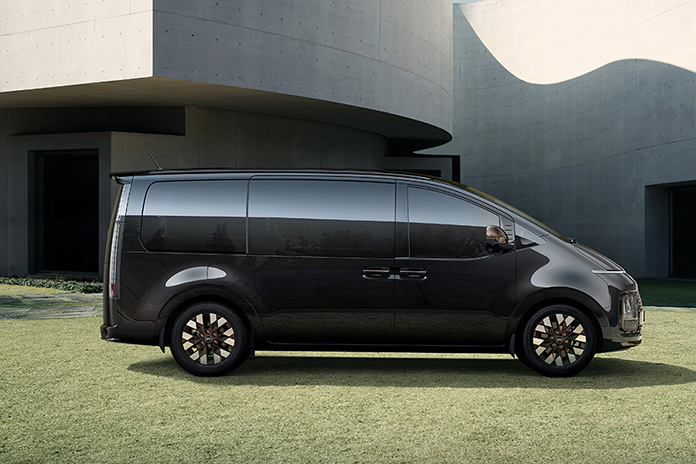