WITH The Charger Award taking place on 22 June, the final list of 30 companies that the blue-whale investors have been investing in has been announced.

Among the Top 30 Bull Chargers are companies that many are familiar with. But with Singapore’s diverse business sector, the Charger Awards has captured a wide range of industry players who have been making moves that have attracted the attention of investors in the past six months.

“Appetite for the stock market remains strong among investors. What will be interesting is to find out which companies will charge headwards to cross the finishing line in 2017,” he adds.

Smaller players like Avi-Tech Engineering, and Emerging Towns and Cities Singapore, both with market capitalisation around $80million, have found ways to make themselves very attractive to the investment community over the last six months by trimming operations and expanding their reach into China and Myanmar, respectively.

With the bigger players, like UOB and DBS, the talk is about FinTech. Both have been looking to use mobile application, digital banking services, and create new models of service for emerging markets in Asia.

China-based Ying Li International and Yanlord Land Group are capitalising on their expanding local markets — spurred by demand in tier-1 to tier-4 cities in China. Oxley Holdings, on the other hand, is looking to emerging markets in Southeast Asia, like Cambodia, Myanmar, and Indonesia.

“The future looks challenging for us in Singapore — especially in the economic sphere. While the on-going feud between our PM and his siblings is worrying, this is not in itself the most crucial source for our anxiety; rather it is China’s rise as well as ASEAN’s uncertain unity going forward in this time of multi-faceted crises.”

The Certainty Of Uncertainty Ahead

The retail sector may be flagging locally, but real estate investment trusts (REIT) still remain in the crosshairs of the big investors. Keppel REIT has experienced a drop in tenant retention rates and Cambridge Industrial Trust saw a slight dip in distribution, but revenues and occupancy remain strong — a good sign at least for the near future.

Engineering, technology, and construction firms are doing well, while demands in the automotive, semiconductor, water services and infrastructure sectors have kept outlooks rosy for the foreseeable future.

Curtains Up On Entertainment

Encouraging results, a flurry of new productions, and diversified acquisitions also sees media producer mm2 Asia catch the eye of adventurous investors. Media and entertainment has been in a turbulent state — with some warning that the death knell of film and television may have already tolled. With stiff competition from streaming media and video on demand service, mm2 Asia continues to expand into content production online.

Who Will Charge Off With The Prize?

With a diverse selection of industries represented, which ones have excited investors? Who will clinch top billing as Chargers to look out for?

The Charger Award will also feature a forum of industry experts who will discuss issues such as survival in the shrinking economy, the continued viability of REITs, new opportunities on the investment horizon, and the pros and cons of listing and delisting on the SGX. 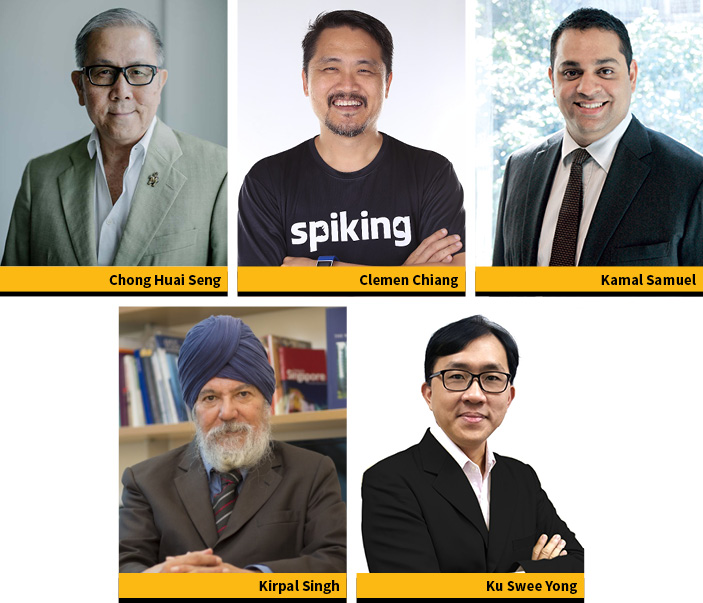 The Charger Award takes place on 22 June 2017 at the SMU School Of Law Function Hall.

OUE is the principal sponsor of the Charger Award.