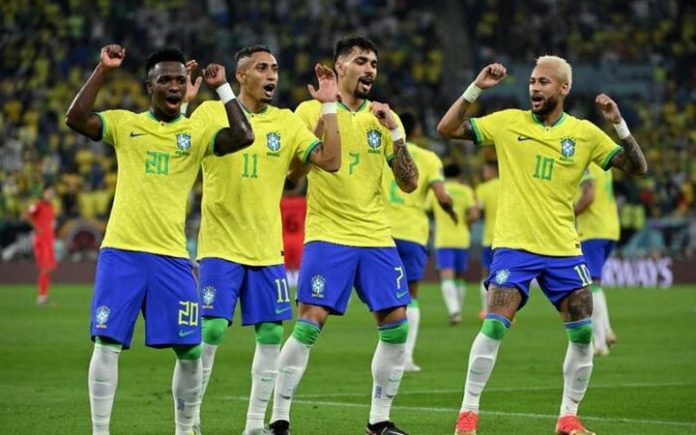 IT was business as usual as most of the gatecrashers and wannabes were put in their place by the ruling elite of football.

The last 8 left standing in the World Cup has a familiar look about it.

Nothing overly dramatic other than Asian teams being swept off the charts: Japan leaving their penalty skills at home; Australia messed up by Messi; and probably more tears from South Korea who took a heavy hammering at the hands of Brazil.

Spain, after a blistering 7-0 proclamation of intent at the start of their campaign fizzled out to a livelier Morocco, losing out to the North African nation on penalties by an embarrassingly impotent 3-0 margin.

But watch out for Portugal, as waves of attacks battered Switzerland into a 6-1 submission; without the help of Cristiano Ronaldo, whose replacement, Goncalo Ramos, delivered a hat-trick. If not for the huge scoreline, Ronaldo would have stolen the headlines again — for his role on the bench, and not even the cameo towards the end of the game.

There was individual and group brilliance in a first-half blitz that sank South Korea by the 36th minute. And there was dancing. Including some Dad moves from coach Tite.

Much to the consternation and annoyance of ITV pundit and former Republic of Ireland and Manchester United skipper Roy Keane: “I’ve never seen so much dancing. I don’t like this. People say it’s their culture. But I think that’s really disrespecting the opposition. I’m not happy with it.”

Maybe the Irish have nought to jig about at this World Cup, but football is about spreading joy with silky moves, pretty much like dancing. Brazil delivered the beautiful game in earlier World Cups and they’ve brought it back again with the combination of Neymar and the “perninhas rapidas” (fast little legs) of Raphinha, Vinicius Jr, Gabriel Martinelli, Antony and Rodrygo.

It’ll be a delight to watch them enjoying playing all the way to the final. But, if Brazil’s opponents can fend off their advances and keep them from scoring, the dazzling could  fizzle out and turn to frustration. It’s about temperament, which, on the big stage, can cause you to snap. Remember Zinedine Zidane’s headbutt in the 2006 final?

Hopefully, nerves and mind games as we near the final won’t impact the entertainment value of the games. And the prospect of a Portugal – Brazil final is rather tantalising.

Also Read: What A Way To Lose The Crown