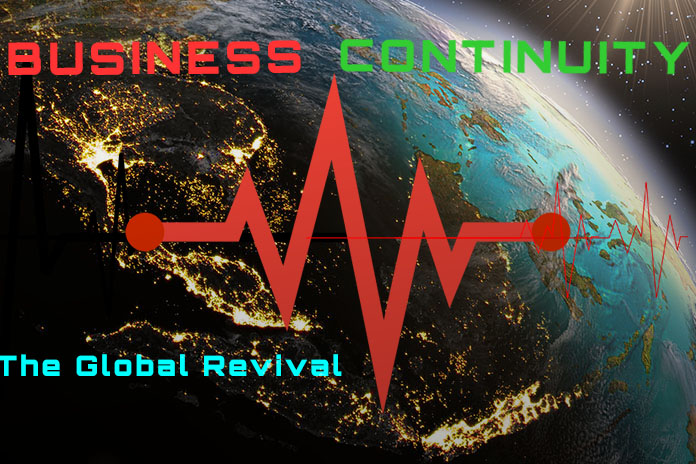 WE ARE living in a period with no equivalent in the past, and already many rules of traditional economics have been broken.

The COVID-19 pandemic has taken place in a globalised world where goods and people are permanently moving. Supply chains traverse the globe, and for greater efficiency, just-in-time systems kept costs low compared to warehousing. But this, in turn, weakened the resilience when the system was shocked by the global pandemic.

The flow of information has been rapid, arising from multiple sources and scattered to all corners of the globe. Social Networks are flooded with fake news, conspiracy theories, and medical lunacies. These can be just due to ignorance or the result of clickbait headlines, but many are deliberately forged for political manipulation.

And many are creating a feeling of insecurity, eroding trust and feeding panic in some places.

For the first time for many years, Asian economies will be hurt as much as the others.

The economic situation is unique as both Production/Offer and Revenues/Demand collapsed simultaneously. The authorities moved urgently everywhere, accepting policies which were unthinkable and completely “taboo” a few weeks prior. But these immediate reactions, which were absolutely needed to avoid an irreversible collapse, are not sustainable in the long run. They will result in many legacies, as it is difficult to break “accepted rules” without explaining why they should not be continued. 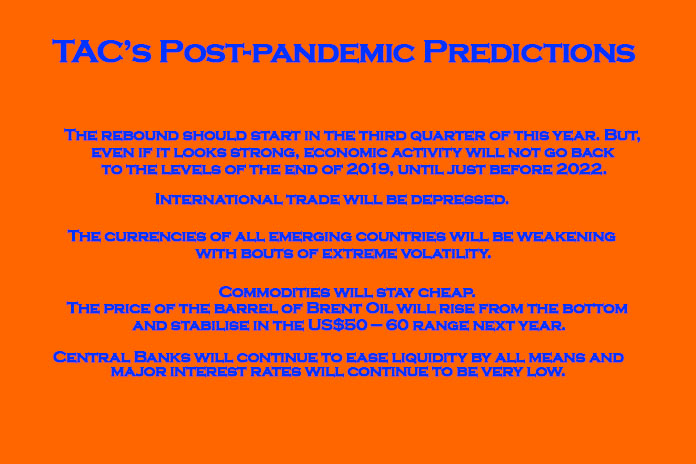 In Singapore the importance of trade, transport and oil-related companies is certainly worrying.

China’s situation is fundamental because of its huge size and its intimate economic links with Asian neighbours. TAC expects 2.2% year-on-year growth in 2020, and 9% next year. For the Chinese economy this is a tremendous shock coming at a time when it was already weakening.

The “strategic companies” in the public as well as in the private sectors will receive the usual government support to avoid bankruptcies. There will be restructuring of debts and losses.Millions of very small enterprises will be affected with hard social consequences. Many private companies will default or disappear.

Access to funding will be difficult for many countries and businesses. It will become very discriminatory.

Businesses must aim to be liquid as much as possible in the short term and expect deferred payment or defaults from some foreign debtors.

Equity shares are still overvalued and there will be huge swings of volatility as investors will rush at the sight of any positive news, hoping to compensate their losses.

Inflation could be expected to pick up but there are still questions as to its intensity.

A Time Of Forced Change

Which structural changes might become a legacy of these extraordinary days as countries reflect on the weaknesses of their economies and governments have to answer the demands and the anger of their citizens? Will it be in the polls or on the streets?

One of the unexpected lessons is that, faced with adversity, countries reacted individually with national instincts by closing borders, fighting to find masks or bickering with each other.

As an example, the violent new tensions between “North” and “South” have the potential to break the Eurozone.

So should we expect the international order as we know it to be deeply changed? 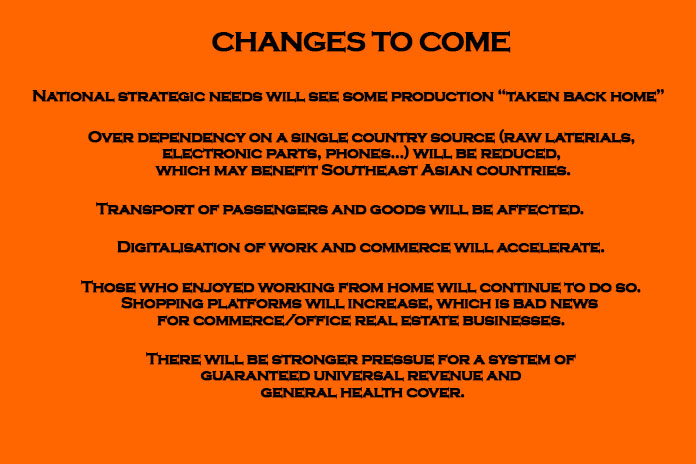 Control of individuals will deepen. In repressed countries, leaders will use the excuse to fight the virus as an excuse to tighten their grip. In the countries where citizens vote freely the controversy over control needed for health security versus individual rights is already growing.

“Local” and “ecological” will be the new names of the game — produce locally, support local products, be more aware for the need of bio-diversity.

The sudden consciousness of the overall fragility of the world will put global warming as a more urgent problem to be addressed with “multilateral green policies”.

The demands for a more “just” sharing of wealth will be exacerbated.

The poorest workers paid the heaviest price during this crisis: Confinement stress is not the same when you are in a large apartment or a house with garden versus being trapped in a small public housing flat with noisy children and neighbours.

Worries are not the same between lamenting on the fall of one’s assets versus fearing for one’s job.

Most of these trends are not new; they were already there but they are being reinforced and accelerated.

Businesses must brainstorm and apply “common sense” to understand the consequences of those changes in their specific activities.

After such a massive shock, big changes might be expected.

Everywhere, the way capitalism worked in the last 40 years will be questioned.

Will the rich and powerful succeed in using their influence and power to return to the old ways so that they can continue to benefit?

Authoritarian systems who were accepted as long as they delivered economic growth on the promise of better days, will face challenges. Rulers, as has often happened in the past, could be tempted to fan chauvinistic and xenophobic forces as a remedy to their domestic failures. Military confrontations are also the easiest way to impose national unity.