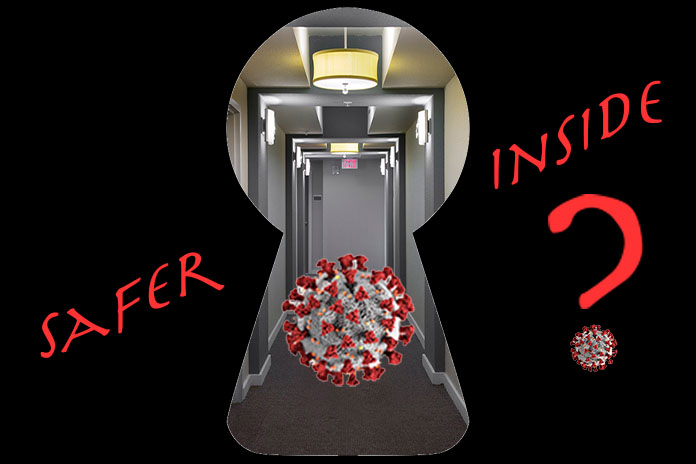 IT FELT a bit strange emerging after the Stay Home Notice had expired.

Having been away 3 weeks, and at home for a fortnight, only occasionally opening the door to collect grocery deliveries at a safe distance, I stepped into a Singapore I thought would be very different.

To minimise contact with people, we did a midnight run to the supermarket to replenish supplies. The shelves were not empty, but the wall of Ayam Brand sardines kind of told the story.

Many items were missing and the gaps were being plugged by products that were available in abundance, or were not as popular. There were a few masked people around so it was easy to keep out of their path. But a young couple had no qualms about stepping right up behind us and chattering on inanely about something trivial which seemed important to them.

We stepped away and moved quickly through to bag our groceries and splash sanitiser on our hands before heading home.

Later that morning, we headed out for a while to pick up what we couldn’t find in the supermarket, and it seemed like life as usual, except with fewer cars on the road. The impending drop in ERP rates tells a sad story of how this pandemic is affecting the country.

But the cafes were filled with people, and there was no social distancing evident at all.

Groups of friends and office colleagues were sitting beside and across each other eating, drinking talking, laughing as their saliva and droplets sprayed with abandon. Even strangers were seated beside each other.

Then I heard about a woman who is on SHN and waits patiently for the daily ICA phone call to check if she’s at home before bolting to the supermarket to grab essentials. What example does that set for her children? (Maybe not as publicly bad as Aston Villa’s captain Jack Grealish who posted on social media for his followers to abide by the UK government’s stay home rule, only to dash out after that to meet with a friend and wind up in a minor car accident!)

This sort of disregard for COVID-19 will only contribute to the continued rise of locally transmitted cases.

While it’s understandable that Singapore doesn’t want a complete lockdown since it won’t solve the problem immediately — as National Development Minister Lawrence Wong explained today — but will certainly cripple the economy, the measured imposition of quarantines and self-isolation doesn’t seem to have the desired effect of impressing upon the general public just how virulent COVID-19 is.

Even fines and possible jail sentences don’t seem to be a deterrent to some. Maybe it’s like a video game to them. They can dodge it by ducking and weaving through life? Or they think it could never happen to them?