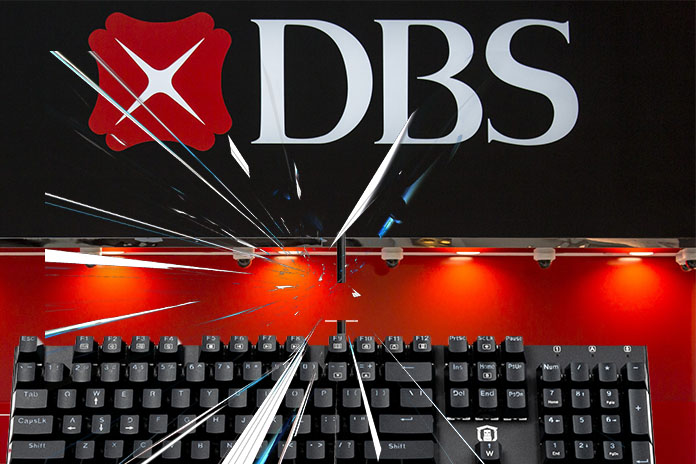 THERE must have been a few sprained fingers as a result of customers stabbing desperately at smartphones and laptops to get into their DBS accounts these past couple of days.

From the initial frustration of not getting into their accounts, to the growing annoyance of not being able to complete their transactions, and wondering if their money is still safe, the anxiety would have escalated the longer they were kept from their money, or whatever they were shopping for.

While the two days of downtime signifies a failure of a very high order by Singapore’s much-trumpeted high standards, it didn’t help that the bank remained silent about what was going on for several hours.

When you offer a service that is running on a 24/7 basis and is vital for individuals and corporations to transact business, it is important to keep your customers informed of what is going on. Especially when it’s about money they’ve entrusted with the bank for safekeeping.

Keep mum and the rumours will continue to escalate.

Maybe DBS was looking optimistically towards a quick fix, then everyone would have heaved a sigh of relief at being able to access their accounts and get on with their plans to go out and have small parties of five people.

But the longer the disruption dragged on, the more frustrated customers grew, and social media was a lively buzz of castigation, mocking and flaming. While it made for entertaining reading for those not directly involved in the proceedings, it did point to some significant flaws in how the region’s largest bank by total assets sets itself up for a crisis.

In the first place the lack of communication signals scant regard for customers’ feelings.

Considering it’s a major bank for the community, and many would have placed their trust and funds in the bank’s care, not hearing anything about the issue and being unable to access their cash would have been major concerns.

Eventually, when the bank did communicate to customers, it was such a meek message, almost as if it was trying to hide in plain sight with the smallest font possible.

All this while, everyone was wondering…no, demanding…for DBS’s CEO Piyush Gupta to comment on the situation and to say things had been set right. To say the right words and calm troubled waters and soothe ruffled feathers.

But not a word. Not even a sound.

Instead DBS Singapore rolled out a video of country head Shee Tse Koon apologising, on the bank’s website and on social media.

He explained that the bank had identified a problem with its “access control servers”. Right. Meaning? It was an explanation that would have sailed over the heads of most of the public. At least describe the problem so your customers understand it.

While the Monetary Authority of Singapore will get its pound of flesh for the bank’s disruptions, most likely via a hefty fine, will customers get any compensation for being inconvenienced and possibly penalised for not meeting transaction deadlines as a result of this delay?