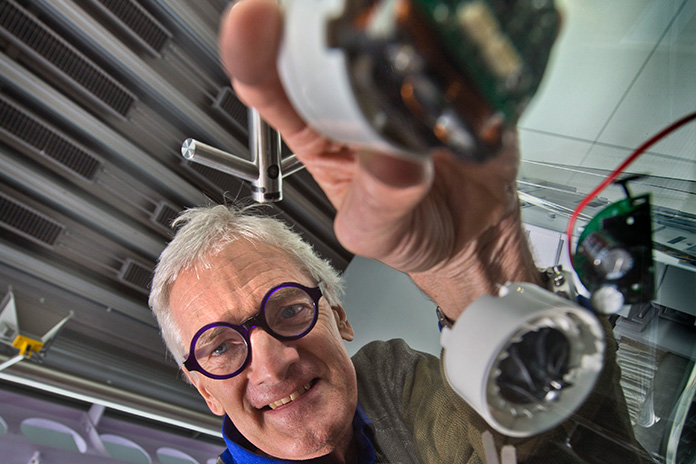 SIR JAMES Dyson is making his presence felt in Singapore, while training the spotlight on the Republic. But, in typical Dyson fashion, everything is kept hush-hush until the time is right.

Following Dyson’s announcement earlier this year to move its corporate headquarters to Singapore, the British inventor has been busy in the Singapore property market, splashing S$78.3 million for a 99-year leasehold apartment at Guoco Tower, and then following that up with a potential purchase of a good class bungalow on Cluny Road estimated to be worth S$45 million.

One real estate practitioner, who didn’t wish to be named, said “industry observers were heard suppressing their laughter since the penthouse would be depreciating by S$811,000 annually”.

Chandran V R, Managing Director of Cosmopolitan Real Estate commented: “He has probably saved a few hundred million or even billions more in taxes by moving here. So these are trophy assets picked from his savings.”

In 2018 Dyson reported earnings before interest, tax, depreciation and amortisation (EBITDA) of £1.1 billion. Its turnover was £4.4 billion, up 28% on the previous year.

Dyson Wants To Be Closer To Asia

The bigger news for Singapore should be the expansion of Dyson into the region.

Dyson set up a Singapore facility 11 years ago with a small engineering team. Today, the workforce exceeds 1,000 people assisted by more than 300 autonomous robots able to produce 13 million motors annually. It also has facilities in Malaysia and the Philippines.

With 73% of the brand’s growth coming from Asia, it would make sense to be closer to the action. Singapore’s smart nation agenda fits in nicely with the Dyson approach, since access to research and development and manufacturing skills are vital for a technology company.

Dyson’s development of motors and battery technology seems to be part of a longterm plan to drive into the electric vehicle (EV) arena. Dyson announced its intentions to enter this space in September 2017.

Ironically, it’s chosen Singapore, which is the world’s fifth-largest refinery export hub, to be its manufacturing location. But it’s the Republic’s manufacturing know-how that appealed to Dyson. Singapore is the fourth-largest global exporter of high tech products, and manufacturing contributes 20% to the country’s GDP, according to EDB Singapore.

Like all Dyson developments, everything is veiled in secrecy, with information fed at the right time. Sir James had started working on cleaner engines in 1990, when he built a cyclonic filter that would trap particulates in the vehicle’s exhaust system. None of the car manufacturers wanted in on this idea.

“It has remained my ambition to find a solution to the global problem of air pollution,” Sir James said, in 2017, while announcing the development of new battery technologies. Work on the Dyson battery EV (BEV) had started in 2014.

Other EV players took about five years to get their first products into the market, many of which were hybrids. Coming in a bit later allows Dyson to overcome any teething problems that would already have surfaced, and also gives it access to current best practices and expertise.

Much of the EV architecture hinges on the battery — it’s reliability, longevity, ease of charging and sustainability. Car companies that have been in the game earlier have found building the supporting infrastructure more challenging than actually building the car. Public charging is slowly finding common ground, so it may be a good move on Dyson’s part to watch how the dust settles.

Dyson’s BEV was originally scheduled for launch in 2020, but that’s been pushed to 2021.

And if the success of Dyson’s relatively expensive bagless vacuums and bladeless fans is anything to go by, the suppliers should be eager to do business. While the manufacturing plant in Singapore will open next year, Dyson’s Hullavington Airfield facility is carrying out testing work for the upcoming BEV, including climatic chambers and a rolling road.

But no one has an idea of what the car looks like — no spy shots, no vendor names….

“We always keep our products secret until they are ready to be launched and our car is no different,” Sir James said in a company-wide message.

With new technologies to be included in the car, Dyson submitted patents covering some of the developments in relation to the vehicle architecture, aerodynamics and efficiency. But these could be red herrings as Dyson maintains they may have nothing to do with the final car when it rolls out in 2021.

Elon Musk who had a tough run trying to get his Tesla cars into Singapore may want to study how Dyson navigated Asian waters to set up home and garage in the Far East.