Why do we pay for services we don’t make use of? OMGTel, which wants to be the fourth local telco intends to do away with bundling and other marketing trickery. By S. Sakthivel

We are paying twice as much as we should for our mobile plans. And bundling should only be for cold weather climates and not for our telephone services, reckons Masoud Bassiri, Chairman and Director of Consistel.

Bassiri’s strong objections to current practices, he hopes will win favour with the public. His venture, OMGTel is bidding to clinch the licence to become the fourth telecommunications service provider in Singapore.

“I don’t think prices consumers are paying today are fair,” he states, emphatically.

“Compared to countries around the world, local consumers are paying almost twice as much as those in the US or Europe. Why do you have to pay double when everything is the same? Are you getting anything extra?” he asks.

If he does grab the fourth licence, he will be up against the incumbents who are established giants that are well-connected to the policy makers, and known to be protective of their turf.

As the David readying his slingshot, Bassiri is confident OMGTel would fire up the market with plans that would be more beneficial to the customer.

Bundling for example, he says, will be one of the practices that could be on the way out.

The bundling of services, currently offered by the incumbents, allows customers to purchase mobile, home Internet, cable television, and fixed wire telephone lines as a package at up to 30% discount.

“Bundling came about because they (the current service providers) have plenty of margins on the various services,” Bassiri asserts. He says that once prices are normalised, bundling discounts will become irrelevant, and the marketing gimmick of offering discounts would be stripped away, revealing the real value of what customers are paying for.

While he does hope for a positive change in the pricing of services, he is also cognisant of the fact that a price war is not the way to go, and would be “detrimental to the whole industry”. 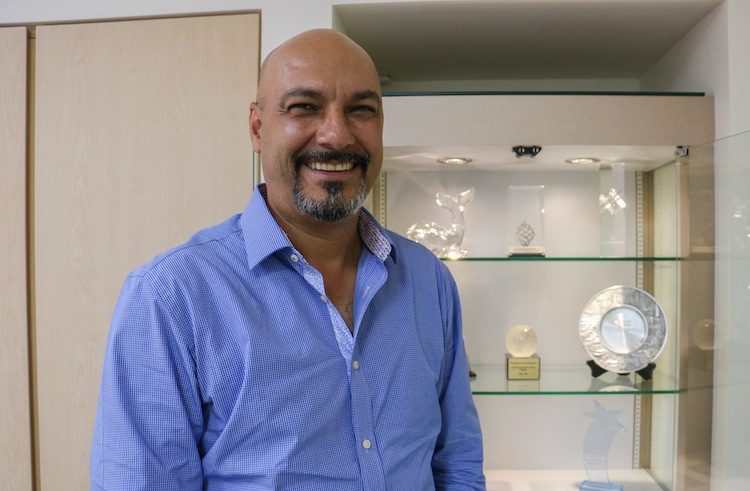 Another bone of contention is the stranglehold the incumbents have with the handling of data allowances.

Could this mean a possibility of on-demand data or maybe a pay-as-you-use pricing scheme? Bassiri and his team at OMGTel continue to play their cards close to the chest as the competition heats up.

Whatever happens, the introduction of a new telco will be an exciting time for consumers. New choices in services and price points will make themselves apparent in the near future as the incumbents scramble to retain customers.

Bassiri, a bit of dreamer himself, envisions a future where data would be abundant and available everywhere, “like air”, he says with a chuckle. He compares his vision of the future of communications to one seen in Star Trek films — where communicators will provide us a continuous connection to each other and the world around us. “That could come sooner than you think,” he says. But we may have to contend with a new “future ready network” in the meantime.