There’s no point making art that satisfies everybody. As Festival Director of the O.P.E.N and SIFA, Ong Keng Sen expresses his views on society, politics and ideology. By Basia Chow

Ong Keng Sen is unassuming and gentle in his speech, characteristics at odds with the liberal opinions he generously doles out. Not afraid of being politically incorrect, he unabashedly expresses his honest perspectives on topics ranging from the hypocrisy of censorship in our city state to social activism. This liberal streak of his is replicated in the O.P.E.N. and the Singapore International Festival of Arts (SIFA), of which he has been Festival Director since 2014. One does wonder where this courage to buck the norm comes from.

How do you begin putting a festival of this scale together?

ONG KENG SEN: I ask myself: What is the role of art in a city and what should it do for its denizens? Festivals are a place of pleasure, but also a place to think. People are looking at the arts as a place to be engaged. The questions on their minds are: How do we contribute to the world? What can we do to change the world as a single person?
Singapore’s a dense, saturated, small county. There’s a festival every week. For a national festival, we need a specific perspective. I look at what’s available in Singapore, and then I ask what’s missing — from there, SIFA begins. I hope that SIFA can contribute to a thinking city.

So what’s missing from Singapore that SIFA needs to address?

ONG: In Singapore, the arts is seen quite separate from the rest of our lives and people look at the arts purely as a place of entertainment. But the arts can be a platform for issues to be discussed. And these days, people want to synthesise their lives and think about these issues.

At SIFA last year, we had 15,000 people participating in a performance piece on the use of public space at Drama Box’s production, It Won’t Be Too Long. They were talking about what had to go to make way for new spaces, like cemeteries or wet markets.

It was an eye-opener. Singaporeans don’t want to just see a circus — they also want to think.

Moving beyond the stereotypes, it’s important that the O.P.E.N and SIFA present different perspectives. There’s a lot of mediatized imagery and everything’s become blown up, like the reaction to the eight Bangladeshi workers who were convicted of terrorism. We’re constantly being told Xinjiang is the terrorist seat in china, and there’s a lot of concern over the radicalisation of Islam. We’re living in an age of fear.

But SIFA tries to reverse that fear by giving different perspectives on human beings. Looking at some ’failures’ like the Arab Spring, the Umbrella Revolution or Tiananmen, one questions—were these failures really failures? Or did they lead to a larger sense of awareness? This year’s theme is about potentialities, about the possibility that something which is negative that can become transformed in the future. 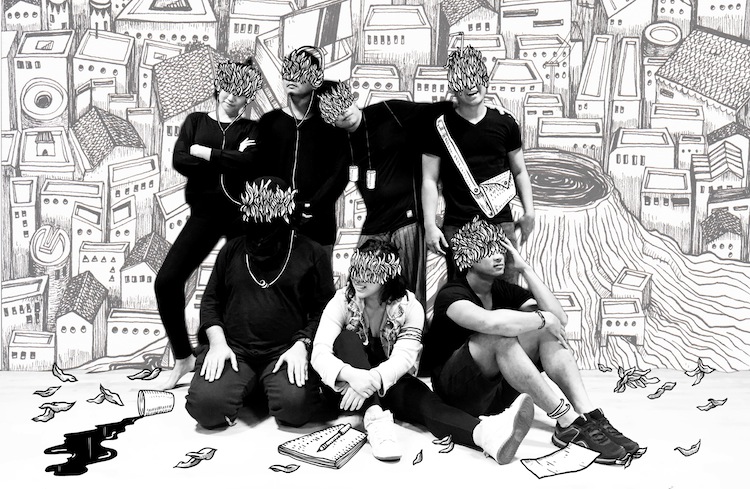