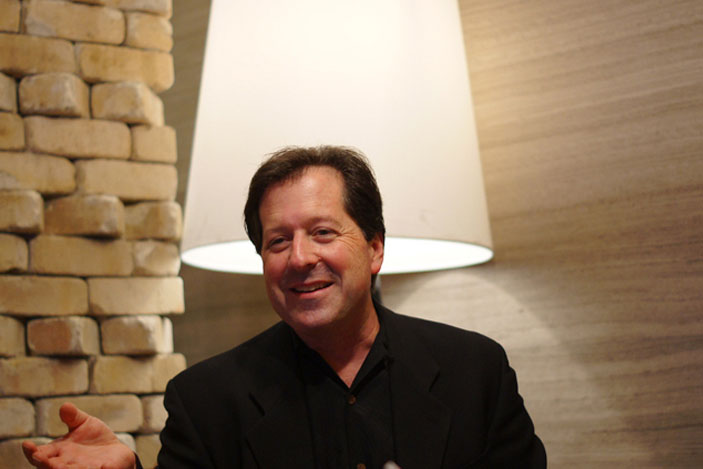 IF Frank Nuovo’s track record is anything to go by, Datzing is going to be a big thing.

Frank Nuovo knows a few things about communicating and designing things that appeal to people. Understanding people and their needs started his teens when he drummed in a working band, which also helped pay his way through design school. He then joined BMW/Designworks, rising up the ranks to become its Design Director. His next phase saw his designs being handled and spoken to around the world. As Chief of Design at Nokia, he was responsible for all the phones that were developed and the look and feel of the Nokia shops. The idea of creating masterpieces at the top end of the spectrum was hard to resist, and he developed luxury phones for Vertu.  He left the luxury smartphone manufacturer, “quietly”, in 2012 to pursue his own things.

It was time to spread his wings and perhaps do a Philippe Starck — be a designer whose name shines as brightly as the product. Among his product designs is the cool Metawatch, a smartwatch that works with Android and Apple phones.

Frank has also quietly been putting together a plan to make more noise by connecting people with similar interests. Datzing makes use of short-range communication without the need for scanning or tapping to connect. Using existing wireless devices as short-range beacons, Datzing aims to connect people with similar interests who are in close proximity.

The app, which is being tested on Android devices (Apple always takes longer to approve anything, but a version is in the works) will not require new equipment other than an existing smartphone or device that emits Bluetooth or WiFi signals. Similar to Apple’s iBeacon, which only works on iOS 7 devices, Frank wants to open it out to a wider field, with greater versatility in the offering.

“There are so many ways to use it,” Frank says enthusiastically. Dressed in black, to allay queries about a designer’s dress sense, he juggles his two Vertu smartphones and a Samsung tablet as he explains how the app will have multiple levels of use.

“We don’t have a use case. We have multiple use cases. There’s b2b, b2c and various other platforms that it can be used for. They are all interlinked with your social network pages, so it isn’t limiting. You can be discovered without GPS or carrier coverage, and you have control over whom you connect with.”

The idea of Datzing came to life when Frank spotted a pretty girl driving a Ferrari. He wanted to compliment her on the car but there was no way to do that. That idea of allowing people with same interests to connect in a “not creepy” way continued to percolate for a while, and he gathered expert help from his former Nokia contacts, to help breathe life into the project. “We looked at several things that were freaking people out about location-based services. One was that you could be tracked. We don’t do that.

You have to be within eyeshot, so you’re already there. But it’s anonymous, and it’s interest based. You’re not going to zing if you don’t want to be zinged. So, it’s not creepy. If you’re on the Internet and you’ve a website, people will find you because you want to be found. It’s a similar philosophy.”

At a commercial level, Datzing intends to turn wireless devices into short-range beacons that will help businesses promote their products or services and offer deals that will generate sales.

“This is in its infancy. We launched our beta version a couple of weeks ago and we’ve been getting great feedback. But the broader rollout needs to happen in such a way that people experience it. We roll it out to groups with similar interests, perhaps at an event like a motor show, or with a particular experience associated with it.”

Datzing will work to the strengths of the existing market. With more than one billion smartphone users utilising location-based services, the app could spread very quickly. There’s a leaderboard that will let people know what’s popular in their vicinity that would interest them.

Until its official rollout, Frank keeps much of the patent-pending app’s functionality close to his chest.  But he’s optimistic about how far it could go, especially given his experience in Nokia when the idea of the mobile phone was in its infancy. 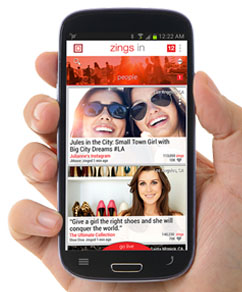 “I was shocked. ‘It’s a phone!’ I would answer. ‘Give me a reason why I need to carry a phone’ was their response.

“That’s where we are in terms of getting an idea like Datzing out.” Frank is confident about Datzing’s future especially with the widespread use and continued growth of smartphones.

“What makes the mobile system work is the fact that everyone is on it. When the mobile phones first came out in the US, those who had CDMA or TDMA phones couldn’t get messages to or from GSM phones. That was a completely broken system. It took the US years to get its act together.

“I understand that the US wants competitive technologies. That’s fine, but how about getting them to talk to each other? It’s like creating a new language and not teaching anybody that language!”

As for Datzing, everyone involved will be on the same page, and happy to share information and connections.

Stay tuned for more on this story as it develops.

It’s Never Too Late To Connect