DESPITE the uncertain global economy, the last quarter of 2016 saw a mood of confidence sweeping through the world of organisations run by YPO members.

For the 4Q 2016, responses from 1,514 YPO CEOs across the globe, including 189 in Asia, were received. The result of the pre-Donald Trump as POTUS era shows the United States having the largest surge in economic confidence in five years; climbing 4.2 points to 64.6. 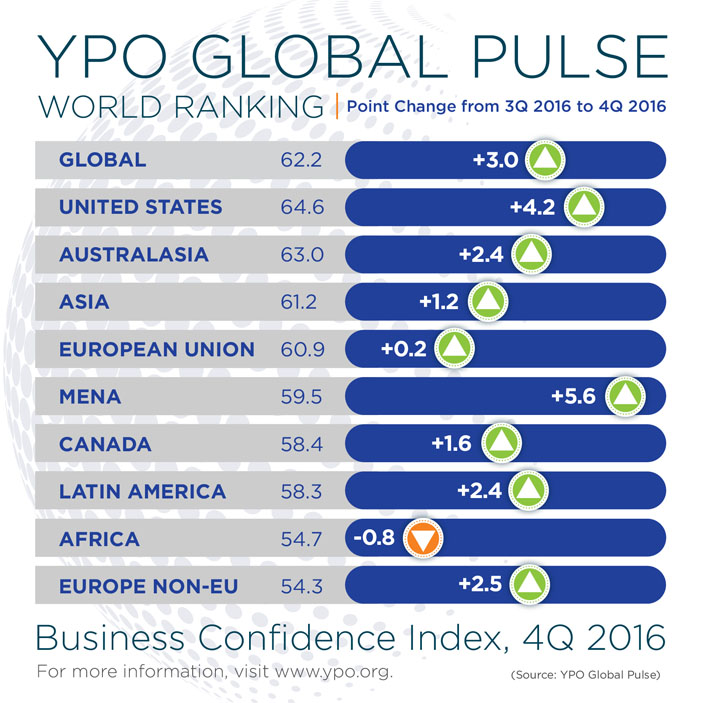 In Asia, a modest increase in economic confidence was felt, rising 1.2 points to 61.2.

This wasn’t the case in ASEAN, where the confidence soared by 9.4 points to 62.0 as commodity and oil prices staged a rebound. This followed a 3Q slump in confidence.

China and India remained relatively upbeat in Asia, where the three key indicators in the YPO Global Pulse Index — sales, hiring and fixed investment — all increased in the final quarter of 2016. 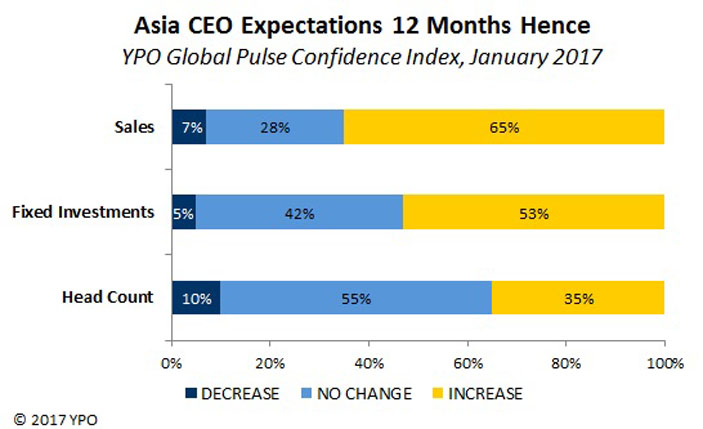 Only Africa showed a decline in confidence in the last quarter of 2016.

Now that the 1Q of 2017 is well underway, a more realistic figure may emerge in the aftermath of world events at the next Global Pulse survey findings.

See also  Winning In A Time Of Losing