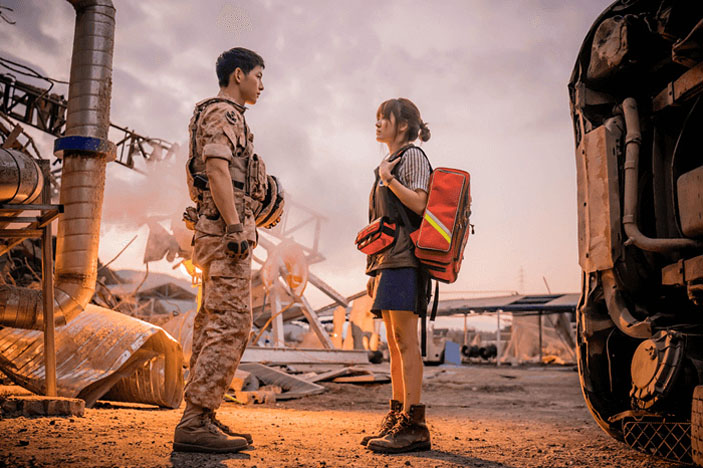 THE Korean wave — Hallyu —  has been a big draw for Singapore this year, based on Google searches.

Korean TV shows clinching six out of the 10 top searches for television shows in Singapores.

The massively popular series Descendants of the Sun, chronicling the love story between an army Special Forces officer and a doctor, tops the list. Song Joong Ki, the romantic melodrama’s leading man, also makes an appearance in the list of most searched people — beaten only by the likes of  Singapore’s golden Olympian, Joseph Schooling and the next US President Donald Trump.

Trending TV show searches also include other South Korean shows like Moon Lovers, Uncontrollably Fond, and Love in the Moonlight.

It seems Singaporeans have little love for local productions or even American shows. Game Of Thrones, probably the most talked about series of the last half decade, managed to battle its way to the bottom of the list.

But what else have we been tapping out on our screens and keyboards? Just proof that we are a sporting nation — as long as we are doing well — the top local search on Google in 2016 in Singapore was Schooling’s Olympian golden splash.

Among the other top hunts was Pokemon Go, which saw the device warriors out in force, probably on their iPhone 7s, which was the top trending gadget used.

Other, more mundane local searches, based on one trillion (that’s 12 zeroes) queries, were the PSI (pollutant standards index), Minister Heng Swee Keat after suffering his stroke in Parliament, the late President S.R. Nathan and the Zika virus.

In From The Cold

The recent flurry of their two sold-out shows at the Sports Hub also propelled Coldplay to sixth position in local news within a few short weeks.

Other trending searches include the US Elections and Brexit, which came up tops in international news.

Check out the full list of this year’s search trends here.

Has Google forgotten something? Are any big trends missing from the list? Tell us in the comments section below.

The Benefits Of Schooling

The Cost Of An Olympian

See also  Charger Award - Winners Talk About What's Ahead In 2019