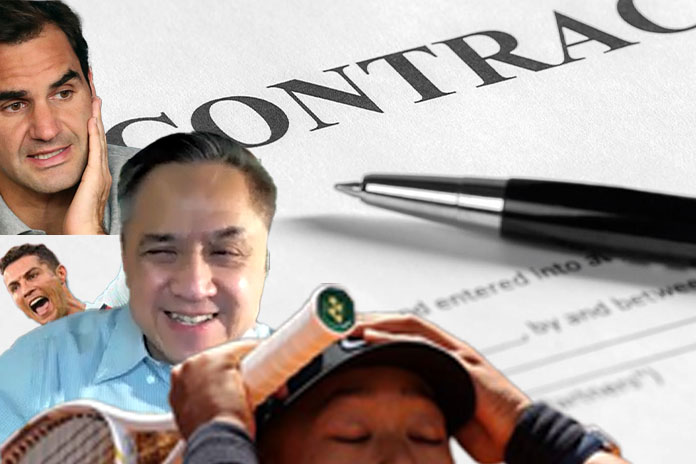 IT has been a busy season for sport.

Trying to get around COVID-19, playing matches in empty to sparsely filled venues, and sporting personalities in the thick of all sorts of controversies, you can’t say it hasn’t been exciting.

The delayed UEFA Euro 2020 tournament has had its fair share of drama and excitement. From Christian Eriksen collapsing from a cardiac arrest during Denmark’s match with Finland to sponsor’s bottles being moved by Portugal’s Cristiano Ronaldo, France’s Paul Pogba and Italy’s Manuel Locatelli during press conferences, it has opened up a lot of eyes and minds to what has taken place.

Injuries and mental health issues plague tennis, forcing athletes to withdraw from key tournaments like the  French Open and Wimbledon.

It used to be that sponsors ruled.

But since social media has blown in and some sports personalities have become large businesses in their own right, have the roles and rules shifted?

In a number of instances, the issue of contractual obligation arises. STORM-ASIA.COM discusses the role of contracts in sport and society with TSMP Law Corporation’s Intellectual Property Partner, Adrian Tan.

Adrian explains the various relationships between contracts and individuals, and offers advice on how all parties could be appeased.

If popular athletes can bend the rules, can ordinary folks do the same?

See also  Do You Remember The Concept Album?