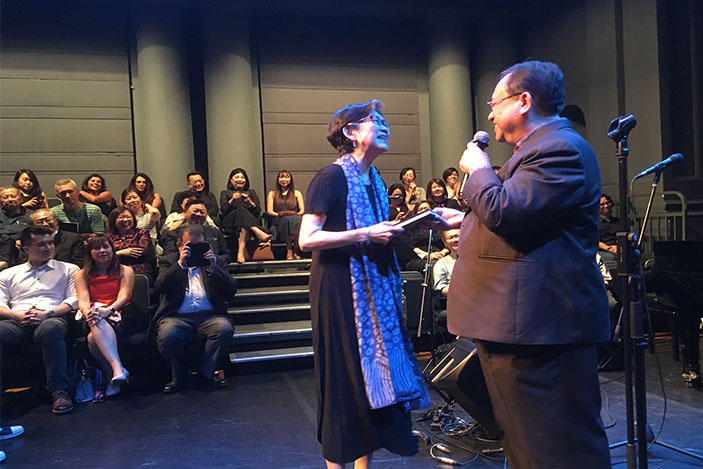 EACH of us has a book in us.

It could be about ourselves, or something else. It’s a question of whether we have the energy to write it. Or if it’s interesting enough to read.

We generally associate Jeremy with jazz music. He’s Mr Swingapore, involved in building Singapore’s reputation for jazz while establishing his own presence on the music scene. He’s written national songs, won awards and honours, and been an influencer to generations, even before the term took on a life and meaning in its current form.

While music has been his life’s passion and work, it’s just one aspect of the man.

And that becomes evident in his book, Late-Night Thoughts Of A Jazz Musician (Marshall Cavendish). 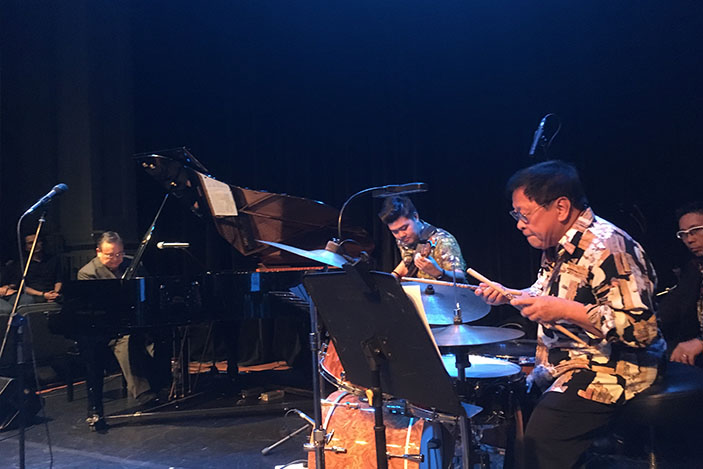 A book on music would have been too obvious. But a book on his thoughts and observations on music, society, people and attitudes would cut across a wider spectrum of readers.

Ambassador Chan Heng Chee, Chairman of the National Arts Council launched Late-Night Thoughts Of A Jazz Musician to an appreciative audience at the Arts House yesterday.

It was followed by a mini-concert featuring musicians old and new and a book signing. 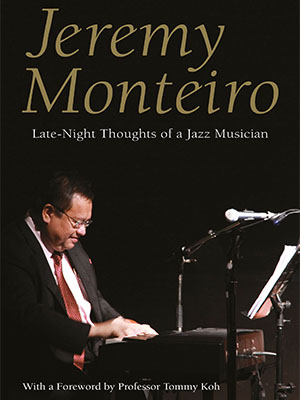 Late-Night Thoughts Of A Jazz Musician comprises 80 essays covering a range of experiences and interactions that have been compacted into Jeremy’s busy life. It’s not an exhaustive collection of anecdotes by any means since there are many episodes and incidents that did not make it into the book.

But it is a reflection of several decades of his life that serve as historical milestones and raise mirrors to societal behaviour. It also makes for easy reading, and depending on how deep you wish to delve into it, it could be nostalgic or thought-provoking.

Here is a chapter from Jeremy’s book.

The 5 Stages To A New Malaysia

Singapore Among The World’s Least-Active Societies

When The Have-Nots Have Even Less

How does the global economy screw 80 per cent of the population?

1) Pay people the same or less for the past 15-20 years or more, so there is no real increase in pay.

2) Increase the cost of everything. By a lot! Add normal inflation to the mix.

3) People then can’t afford to buy or pay for things, and they wish they had more cash.

4) Make loans and credit easily available. Then people spend not 100% of what they earn, but 100-120% or more. Charge almost loan shark interest rates, like 24% for some loans (credit cards).

5) People can’t make their payments and what do corporations and governments tell people? Work harder! And, make sure you have work-life balance! And while you’re at it, make sure you have a heart and volunteer and donate money to charity…you can always use your credit card.

6) Give people the illusion that taxes have gone down by reducing income tax, meanwhile increase consumption tax greatly, at every corner. Be sure to add stealth taxes where people don’t even know they are being taxed. This is being done in places like UK. In some countries, the public lottery is being used as a stealth tax to fund the needs of the poor. Trouble is, the people who gamble are mostly the poor, so the poor are being taxed themselves.

7) The corporations then realise that they have given out too much easy credit and when the global economy slows down, start to pull back and reduce credit to people.

8) People then realise they can’t make payments and so they work harder and spend less time and money on family and fulfilling that work-life balance. They stop enjoying life. People in business and authority pay themselves so much money in salaries and bonuses, they cannot imagine how or why the remaining 80 per cent are suffering.

Well, maybe they can imagine as they sit and try to imagine from their ivory towers. It bothers them. But then they have that second or third glass of Dom Perignon and then it doesn’t feel so bad to the rich or powerful person anymore.

As they think about what they should do, the seriousness of the problem recedes even further as they cut into another slice of their prime Wagyu steak.

The problem is this is the thinking that is at the base of modern economics.

The obsession with growth. The economics of more.

There is one operative word for this.

There can only be a shift in this thinking if large economies decide to change the way they look at growth and consumption. Small countries like Singapore with no natural resources have to play the “growth game” or they will collapse. Singapore is nothing on its own.

Despite all the back slapping about our economic miracle, it’s actually predicated on other countries wanting to do business with us.

On our own, we would die.

Seriously, why do you think Mr. Lee Kuan Yew cried when we were kicked out of Malaysia? He was terrified for us and the future of Singapore, a small island with no natural resources and no hinterland.

But unless there is a paradigm shift in the US and Europe, the world and humanity are rushing towards the end of the world, as we know it.