DISRUPTION has swiftly entrenched itself as a buzzword in work landscapes, as technologies pervade every nook and cranny of all industries and are having a profound impact on how business is conducted.

Companies are finding that automation can boost their bottom lines, and many tasks that were previously done by people can now be done by machines.

Such disruption was the focus at a recent conference in the Keep It Going series, organised by www.storm.sg and in collaboration with Global Cultural Alliance for this iteration. The conference was titled Disruptors & Dinosaurs with panelists hailing from a wide range of industries— the arts, management psychology, caregiving, information technology, and social enterprise.

One of the key drivers of disruption today is the automation of work that was previously done by humans. Apart from the obvious examples of assembly plants, we are now seeing automation in many other sectors, including banking, investment management, healthcare, education, legal, entertainment and sport. This is making people think more about what sort of jobs will be swallowed by technology and what will be left for people.

As KIG panelist, Chinn Lim Lead Strategist of Autodesk, pointed out, the rationale for automation is clear. Tasks are more easily taught to machines, the same tasks can be “cut and pasted” to many machines, and the machines don’t forget their tasks. New tasks can also be programmed relatively easily. Further, machines don’t have any downtime or sick-days.

One profession that is being threatened by automation is financial advisory and investment management. With robo-advisory services becoming available to more and more people, there will come a time when the human touch in this segment is no longer needed.

The human element in such scenarios is then just a skeletal team to look over the machines and maintain them. All this suggests that apart from the initial fixed costs in setting up systems, business can be conducted relatively cheaply.

Art Painting Itself Out Of A Corner

As more and more jobs become automated what happens to people?

First, it becomes uncertain how labour productivity will be measured.

Second, if people don’t work, where do they get the money to buy that products and services that companies sell? This remains a big conundrum.

So, people will have to do things that machines can’t do. This could be work that is underpinned by compassion and empathy.

This, in turn, suggests that social enterprises will become increasingly important and people engage in activities that have a broader, positive impact on society.

We will likely see more activity on this front which would be a positive thing for the global community.

An example is CaregiverAsia, a firm that matches caregivers with careseekers. One of the panelists at the conference was its chief marketing officer, Sheo Rai. He expects that people will always prefer a human touch when they seek caregivers, and this is a business that should be sustainable in the face of disruption.

The timing for the four-year-old company is good too, as the ageing dynamic is starting to kick in in Asia, and more and more people will likely seek expert care. Against this backdrop, caregivers, physiotherapists and psychologists are all likely to remain relevant for some time.

Meanwhile, one of the ironies of disruption in the workplace is that the incumbents are often the last to see it coming. They are the dinosaurs.

Clueless About Their Fate

For instance, from the outside, you get the feeling that people in banks, investment management and financial advisory are on their last legs in the face of digital disruption. There will be little need for them as intermediaries as technologies develop further. 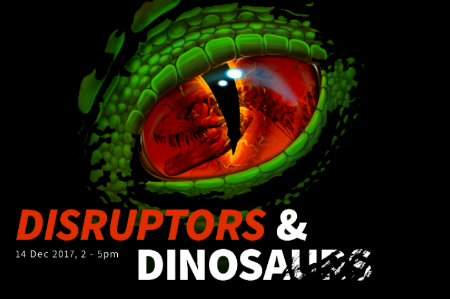 This denial of disruption hitting home is evident in governance too. Let’s talk about Singapore. For Singaporeans, disruption has become a constant as the city-state consistently reinvents itself according to the prevailing regional and global environment. Embracing change is in the DNA of Singapore society.

You could say that Singapore is a 50-year-old lab experiment on how disruption can influence a country and its people.

What Lies Ahead For Singapore?

The caveat in Singapore is that there has always been an underlying constant, namely governance. The ruling party and its ideologies have been omnipresent all this time. Has this constant held Singapore back from its true potential or is it helping it to reach it? Has it watered down the positive and negative impact of disruptions?

Only time will tell, because the competitive landscape for Singapore as a nation is growing more intense every day, with neighbouring countries and cities catching up quickly across many sectors. 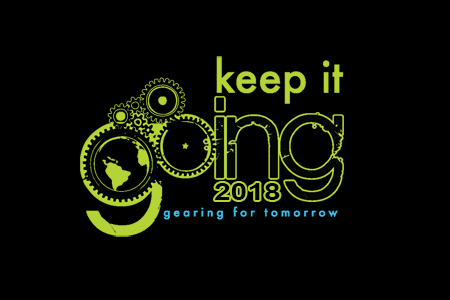 Finally, an even more serious question that can be asked is this: Did Singapore already reach its true potential during its days as a thriving global entrepot all those years ago? Perhaps the disruptions injected since independence have paradoxically created a safe, sterile city-state that no longer has any true potential?

That is a scary thought.

Keep It Going will be held six times in 2018. We look forward to your thoughts and discussion topics. Please email kig@storm.sg