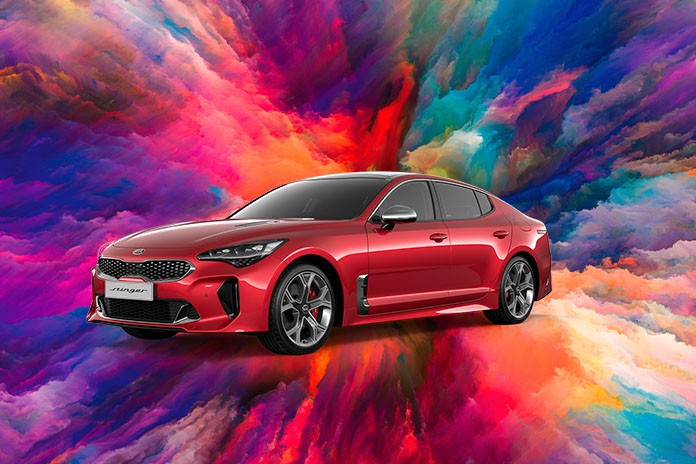 WOULD it have served Kia better if the Stinger model was allowed to find its own way in the automotive world?

The Korean brand has a reputation that is heavily entrenched in mass-market, utilitarian vehicles, so when it decided to dip its big conglomerate toe into the sporty GT sector, it applied its prodigious resources to good effect.

But Kia lacks the required pedigree in this space, and that will only result in disdainful looks from those already well entrenched. But that’s just their emotions at play — from jealousy to envy to frustration at another competitor encroaching on their hallowed ground. 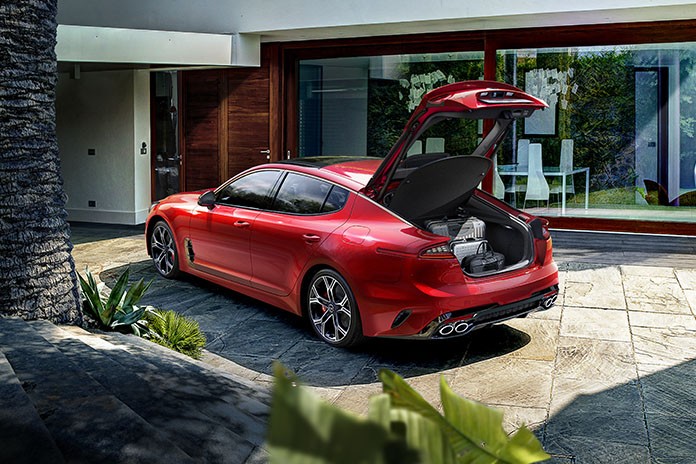 What’s In A Name?

But, if the Stinger had been allowed to evolve as a brand by itself, there could have been potential for it to thrive in its own right. The name evokes a feeling of relevance between the look and feel of the car, and its performance. But somehow loses that sting with the huge KIA branding on the bonnet.

Some two years into its presence here, the Stinger has been selling in reasonable numbers, which is understandable. The GT has four doors, which is a big plus and a cavernous boot, 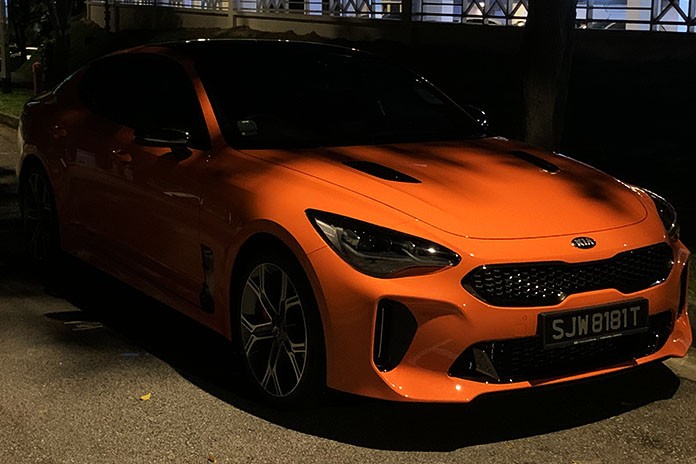 making it practical, to boot.

Inspired by the shape of a Coca-Cola bottle, the Stinger’s European design cues give it a sensuous profile with that coupe slope in the rear hinting at the raciness it may harbour under the bonnet.

Loaded with a 3.3L twin-turbo V6, it does take you on a breathtaking spin, leaping from 0 to 100kmh in under 5 seconds. Very soon the cars are vanishing from view in the tiny rear windshield. 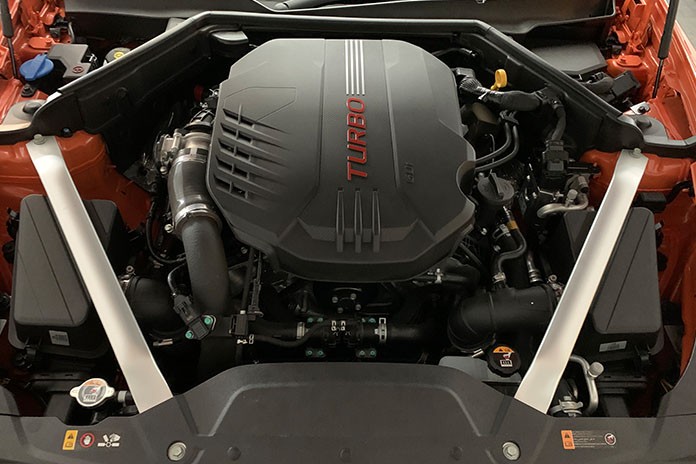 Equipped with necessary features for the modern era — mainly good connectivity, wireless charging, comfortable and ventilated seats — you want for very little. The driver aids are there for you to make use of, but there’s lots of potential to push the car and enjoy the machine as it takes on different personalities as you play with the 5 drive modes.

In sport mode, the engine is more growly and purposeful without being overbearing, and the resulting grip, tremendous — both from the tyres and the seat, which hugs your body like a lover might.

Where the Stinger could come into its own is the interior design. While the build is of good quality, it lacks fine, finishing touches that could differentiate it from a normal sedan’s interior. It’s all hues of black, where flashes of colour — threads, beading and highlights — could have added much more character. 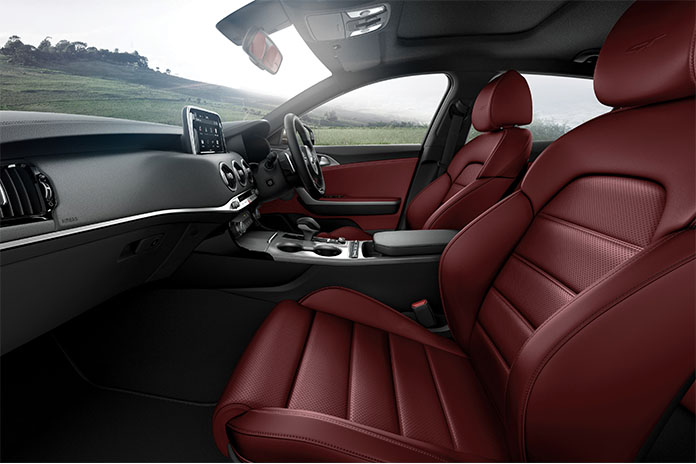 While there’s an option for red seats, there could be more variants, and I’m sure customers would be happy to pay for more personalisation since the base price is relatively low for a car of this make up.

Given that the automotive industry is going for smaller engines — hybrids and electric — where does a 3.3L sit in the scheme of things? While many argue there are still many good years ahead for petrol engines, would corporate culture kick in, in anticipation of a backlash, and tame the Stinger?

Let’s see what sting may lie in this tale as it evolves. 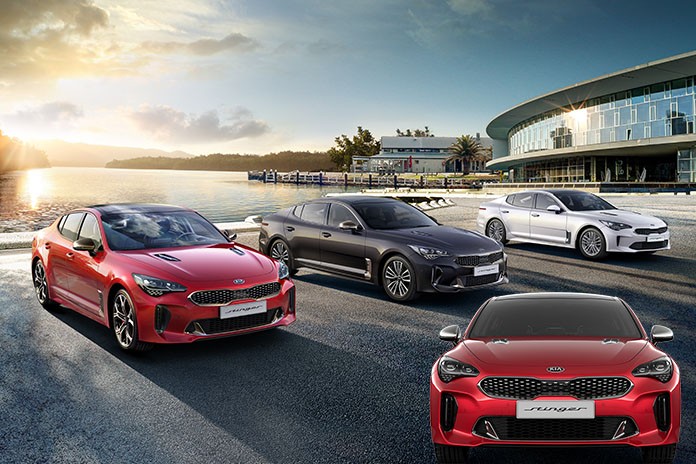 See also  End Of The Road For The Zippy Audi TT?