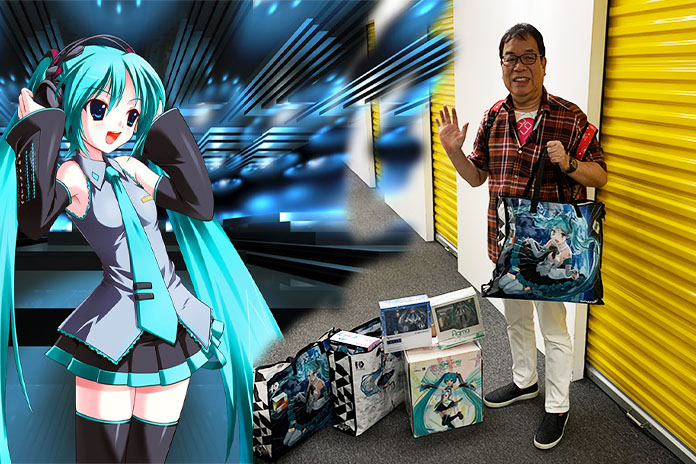 YAMAJI Kenichiro is a man who treasures his collectibles.

He doesn’t believe in letting go of anything he has painstakingly collected, even if it means there are duplicates of the Hatsune Miku dolls in his possession.

By distributing his collection between his house in Osaka and his apartment his Singapore, he gets to appreciate this turquoise-haired singer wherever he may be.

The former oculist retired from his position in Osaka, Japan, and was drawn to the Southeast Asian culture, deciding on Singapore, where he has lived for more than a decade in his apartment off Orchard Road.

Kenichiro spends 10 months in a year in Singapore, so it is the place to store his main collection of Hatsune Miku collectibles.

Kenichiro discovered her online and has no specific reason for taking a shine to the digital diva, who is perpetually 16.

He has since scoured various comic conventions and stores in the region to scoop up Hatsune Miku merchandise.

“I used to buy one of each, but three years ago I bought two — one for my house in Singapore and the other in Osaka. Sometimes, I buy three. The third is a spare.

Over the seven years he has been collecting, he has amassed over 300 figurines. And he has run out of space in his homes.

Any extras are carefully shuttered under lock and key at his storage unit at StorHub in Singapore. 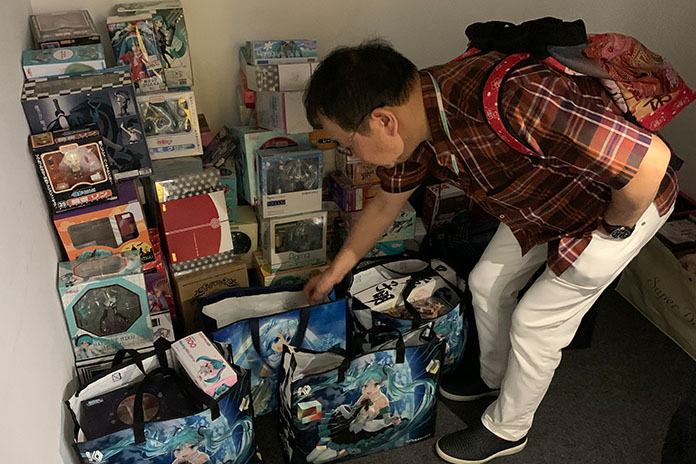 In his air-conditioned storage unit at StorHub, he has boxes of Hatsune Miku carefully piled up on the floor.

“As a collector the box is also important,” Kenichiro says.

He also collects DVDs and VCDs of Hong Kong and Chinese movies. He says he has countless number of these movies, which he watches regularly.

While he has no plans to sell his collection, he hopes that his nephew will inherit it and look after his digital damsel.

This is an occasional series sponsored by StorHub.