THE JAPANESE car industry’s fascination for origami in metal seems to be a prevalent motif that recurs among the brands in the market.

From the entry model to the higher levels, this folding and bending of metal into challenging shapes and contours seems to be a key pastime. Lots of thought and mathematically precise planning would have been injected into each bend and fold, but it does sometimes cut the wrong way.

The Lexus RC Turbo pushes the envelope when it comes to folding its form. But it holds back from overstepping the boundaries.

This stand-alone model was built from scratch, with a simple purpose — to create a strong reaction.

The angular front with the pronounced grille works well in putting the message across that this could be a mean-spirited car. It’s the sort of car that will brook no fence sitter. You either fall for its edgy look, or you take a cautious step back, lest you cut your finger on one of the edges. 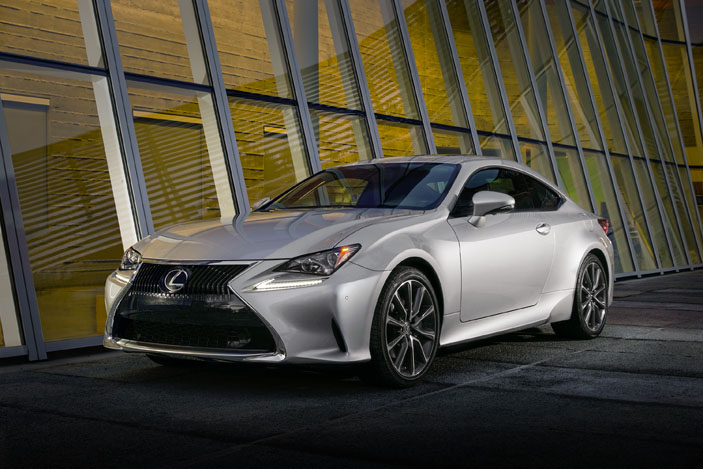 The front is framed by the spindle grille with the energy-efficient, L-themed daytime running lamps. The LEDs also play a significant role in the rear cluster with an optical illusion that required much research.

The coupe with the pronounced dip in the rear does a good job of camouflaging the fact that it doesn’t have a big motor beneath the hood, and that all that effete testosterone on display is part showboating.

It works, as much of what is achieved is first done by means of that display of attitude. The RC Turbo does have that in spades, outwardly, and to a large extent within the cabin. 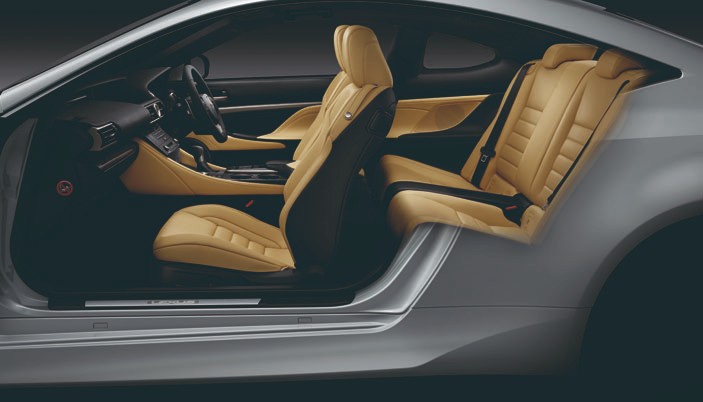 Once you’ve slid — or collapsed — into the 8-way electric leather seat, you’re held in place by a sporty, well moulded seat. And the fact that the seats can literally cool you down is already a plus in our climate.

In the chair, there’s a tunnel effect as you find yourself confined to your side of the car. Could be a tad claustrophobic for some. In this tight fit, storage spaces are limited and hard to access, though all the knobs and dials are within easy reach.

Most things you’d expect in a high-end auto are in evidence. While the test drive car didn’t have satnav, it’s standard fare.

As expected of a Lexus, the drive is smooth, refined and there’s very little between the various modes. Eco, Normal and Sport modes are graduated with minimal differentiation. But the 2-litre does have enough pull to get you going when there’s a need for it.

This first-of-its-kind engine developed in house, delivers a smooth flow of power with a fair degree of efficiency. The twin-scroll turbocharger offers swift acceleration, and you have the option of shifting through the 8-speed manually if you feel like becoming a bit more engaged with the drive.

With a more aggressive pedal work, the RC Turbo makes itself heard a bit better, but it still has that easy handling that takes you through the curves. Although that sensory deprivation from an overly facile drive, does affect how much you want to push it.

Art Painting Itself Out Of A Corner

See also  Earl Bamber — The Drive To Succeed With Porsche