A FEW words of advice can trigger a change in attitude, or unlock an idea that could steer one’s life or career in a new direction.

In the launch of a new series, Listen & Learn, we hear from folks from various walks of life who have sought or been given advice that has proven to be significant. In sharing them with you, we hope some of that advice will prove insightful to you. 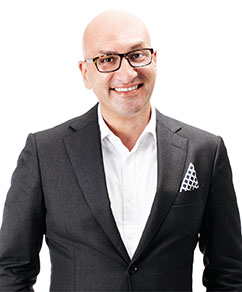 As a mergers and acquisitions adviser, building relationships and enabling trust with one’s clients, colleagues, partners and counterparties is fundamental to business success. Having a strong bond with them is irreplaceable as it helps me get down to the heart of issues quicker, put myself in the shoes of the person I am engaging with and put mutually beneficial ideas and solutions forward.

In this fast-moving digital world, I see more people hiding behind email and social media. This can hurt relationships as well as slow down your goals. The best advice I’ve been given, practice, and forms part of my DNA today is:

1. Always turn up. Make a time and place to meet clients, team members, and important people in your life. It will boost your energy and ideas will evolve in a way that cannot be done online and often in unexpected ways.

2. Actively listen and engage. Be interested and interesting, and treat every interaction as valuable where you learn or achieve something new.

A person I treasure once said: every interaction with a fellow human should be an act of adoration.

Rolling up your sleeves in the pursuit of your clients’ success stories are the foundations for one’s own development and success. 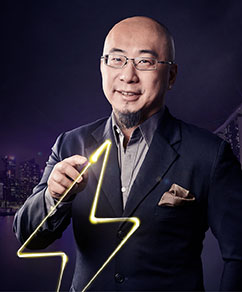 To trap a monkey, a poacher will place a piece of food inside a hollow log or crate. There would be a hole just large enough for a monkey’s paw to enter. The poor monkey will insert its hand into the trap to seize the food, but its closed fist will now be too big to exit the hole.

All this monkey needs to do to escape an untimely demise is to let go.

All too often we allow our primal monkey-brains to lead with fear and uncertainty, paranoia and anger. Being led this way results in an untimely demise.

In business, this concept is translated into the idea of “cutting losses”.

Too many times we see a business maintaining a bleeding unit out of no better reason than an emotional urge. This eventually kills the organisation. The millstone around your neck must be discarded lest it drowns you.

Letting go is the wisest, and often hardest, thing to do and it’s easily the best advice I’ve ever received. 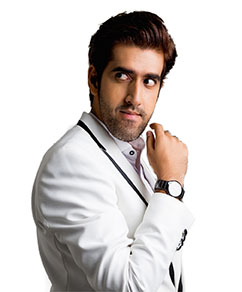 The best advice I ever received was not verbal; it was experiential.

I only began verbalising it when I became an adult, when a lot of young people would ask me how I knew I wanted to enter showbiz, or be a comedian, or work as an actor.

I didn’t want to be an engineer, a doctor, a scientist, or a banker.

And after crossing those off, things became a bit clearer.

So, my advice to the young people today would be this:

It is OK if you don’t know what exactly you want to do yet. Start with what you know you don’t want to do and work your way up from there.

Treat life like a multiple-choice question you’re not sure about, and use elimination to get to the right answer! 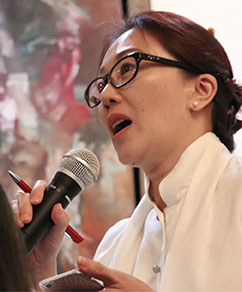 As a political science student at National University of Singapore, I studied Political Philosophy under Prof Daniel A. Bell. It was during this time that I read the works of Plato, Confucius, Immanuel Kant, and Isaiah Berlin. Personally, it was a period of enlightenment and an epiphany of sorts.

Plato’s advice to “practice dying” forced me to think about death as an event to be prepared for while living.

These were just some of the questions I asked myself, and I made myself answer them clearly and honestly. It was important that those questions were answered with clarity and candour because the answers that flowed from those questions anchored the principles upon which I made any significant decisions in and for my life.

For example, if I am forced to choose between my career and my family, I will choose my family without hesitation. Why? Because when I die, my family — not my colleagues — will bury me. The principles I have chosen to live my life by have made decision-making fairly easy and without much guilt.

Each of us may respond differently to Plato’s advice to “practice dying”. And that is fine. The accountability is to yourself at the end of your life.

When I am on my deathbed, I want happy memories of my marriage and life with my three sons as well as moments of laughter among friends to fill my mind. I want to leave this world peacefully and satisfied that I achieved eudemonia (the good life) on my own terms. 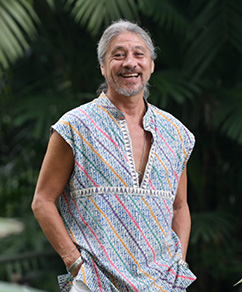 The best advice I have ever received was from my late father, John Harrison who was, at the time, Professor of Zoology at the then University of Singapore.

I had just been accepted to the University of Manchester to read a double degree in Zoology and Psychology.

He told me: “If you ever want to make any money in life, then you are making the biggest mistake of your life. You should be a banker! But you were raised as a son of a zoologist and if you want to follow a similar path, I encourage you to do it all the way, because you will probably be a happy pauper.“

And turns out, he was completely correct — I have had the most rewarding and fulfilling life experience that most people can only dream of. I spent 29 years running the Singapore Zoo and since I left in 2002, I have been a consultant designing zoos. For the sum total of my working life I have done exactly what I was trained for and what I love doing best.

I later even echoed my father’s advice to my two children, I told them “it is finance that changes the environment, not one passionate individual”. Fortunately, neither took me seriously — nor did they have the aptitude for banking!

My daughter became a theatre actress and my son became a documentary maker. Both are well versed in environmental issues and I know will use their respective professions to promote the plight of environmental conservation, which is so necessary in an age when the President of the Untied States has given a green light to pillage national parks and believes that climate change is a Chinese conspiracy. 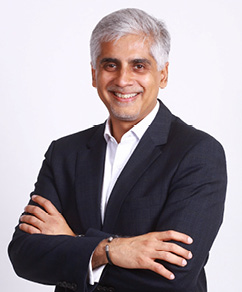 I didn’t quite understand that initially but over time it started to make sense.

When working in a matrix environment, you can’t achieve success by working on your own. You’ll need to influence, collaborate and bring people along the journey with you. This will mean collaborating and working with different stakeholders, and with others who have complementary skills.

It became a core part of how I worked going forward. And collaboration is key competency one needs to succeed in today’s world.

With change happening at such a great pace, the need to collaborate with others becomes an imperative. It is not an option — it is a key attribute.

That has shaped how l lead, build teams, and set teams and individuals up for success — leveraging from others who have skills, networks, and competencies that individuals or teams may not have. The exuberance of youth and the experience of age must co-exist as we start the beginning of the formation of a new world order.

What Do Millennial Employees Want?

Are We The Thin-Skinned Society?

See also  Hopeful That People Will Change For The Better