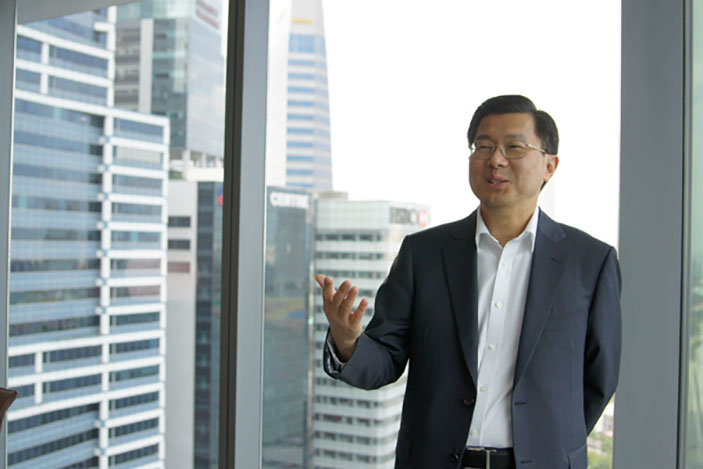 “You have to grab opportunities.

“If you define yourself too narrowly, you are losing out on opportunities. That is the problem with many of my friends, they limit themselves.

“If the deal is $1 billion, they back off, saying it’s too big. They don’t even want to know what it’s about. For me, it doesn’t matter. I don’t even ask you how many billion dollars it is. First, tell me what it is.

“When I was a university student, my first transaction was a US$10 million deal. But people didn’t trust me. They asked me to prove that I had the funds.

“The lesson I learnt was that to do business, you need a track record. If you are a university graduate and you’ve never made $10 million, when you go to a bank or investors and say this is my first deal and we can make over $300 million do you think the bank will believe it?

“You need to start small and build up. If, so far, you’ve done a $200 million transaction, and somebody in the market wants to sell something worth $1 billion, I guarantee you your name won’t be on their list of potential buyers.

“But once you’ve touched a transaction that is $1 billion, next time there is a deal that is worth $1.5 billion, when they look at the potential buyers, there may be four or five names, and yours will be there.

“Until you’ve proven that you’ve done deals that are up to the value of a transaction, then you are on their list; on their radar.”

6 Things Only You Can Sustain

Just How Passionate Are We?

See also  The Next Gen On The Sharing Economy